Top broadcast journalist and news presenter Anna Botting is to host the Awards for Excellence 2020 in a virtual ceremony in partnership with Sky News. 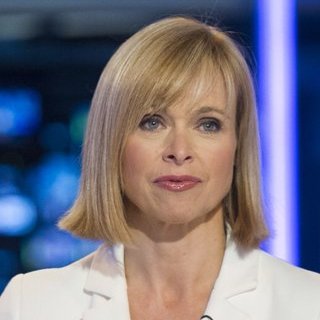 The ceremony will be live streamed by Sky News on YouTube from 6pm on Thursday, 18 March, and all those up for awards will be invited to a VIP watch party.

Anna, who joined Sky News as a reporter in 1995, completed her NCTJ training on a postgraduate journalism course at Cardiff University.

Speaking to the NCTJ previously about how vital her training was, Anna said: “Knowing the pitfalls of the law is absolutely essential to being a working journalist.

“I remember one of the first elements of our course involved a father giving a simulated press conference, lamenting the fact that his ‘daughter had run off with a terrorist’. I duly wrote it up. Not only had I defamed the new boyfriend, but the father had also said ‘guitarist’ not ‘terrorist’…lesson learned.

“I strangely loved public affairs – picking apart the bodies that run our lives was fascinating and as you start out as a journalist this gives you a much better understanding about who to talk to, about what.”

Free to enter, the annual awards highlight the achievements of individuals with promising journalism careers ahead of them, and those doing outstanding work in the media and training sector.

Some 59 students, apprentices, trainees, journalists and training providers are on the shortlist, and each award winner will be announced on the night by some very special guests.

Those on the shortlist are encouraged to dust off their eveningwear, as the NCTJ will be running a ‘dress to impress’ competition, to be judged by Carole Watson, BA (Hons) Fashion Journalism course leader at the University of Sunderland.

The winner of the 2020 chairman’s award, which recognises a nominated individual’s outstanding contribution to high standards of journalism training and education, will also be announced at the event.

Details on how to join the live stream will be made available next week.