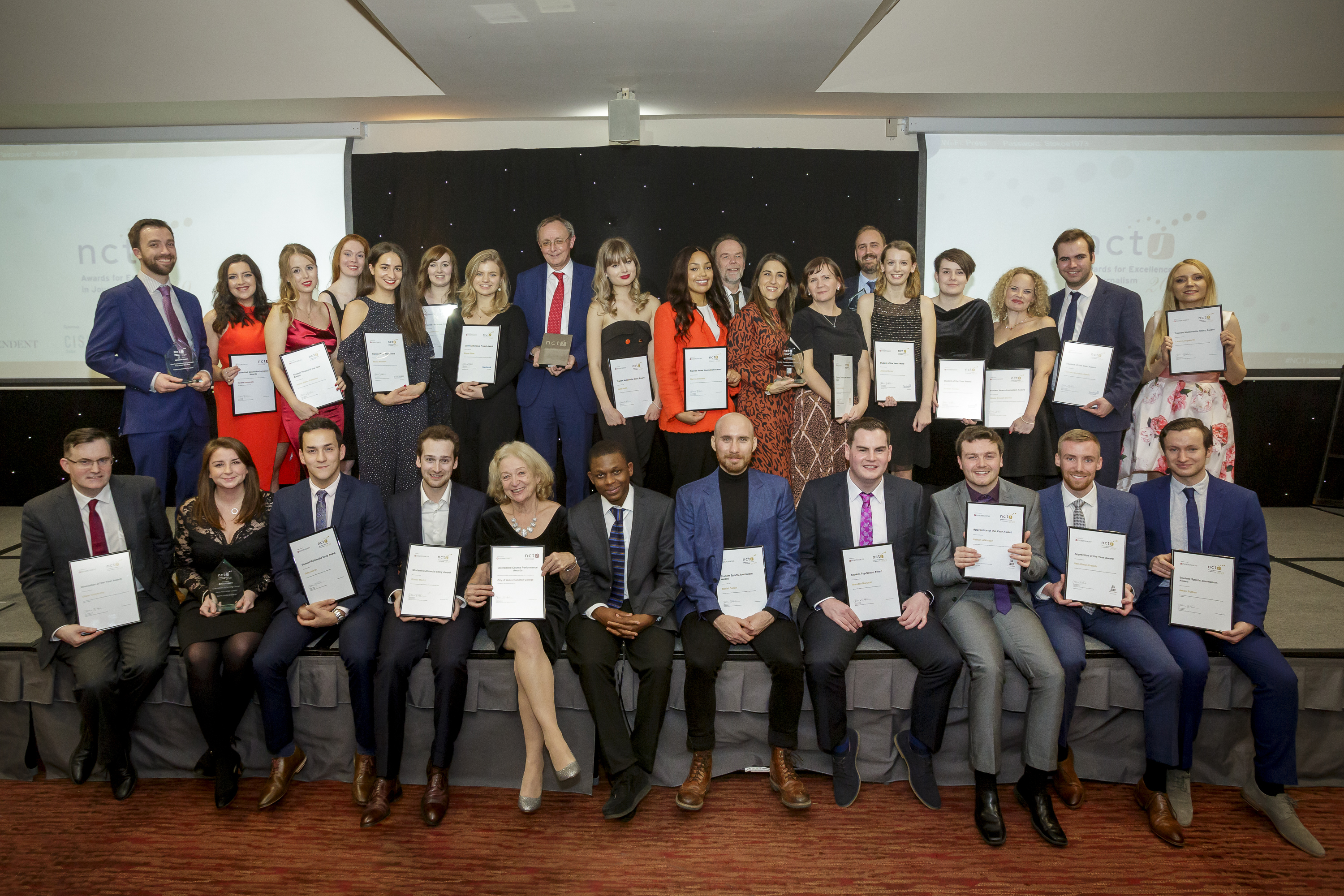 The NCTJ’s Awards for Excellence 2020 will be presented in a virtual ceremony on Thursday, 18 March in partnership with Sky News.

Free to enter, the annual awards highlight the achievements of individuals with promising journalism careers ahead of them, and those doing outstanding work in the media and training sector.

A record-breaking 417 entries were received across 15 categories, in addition to those eligible for performance awards, which are presented to those who have achieved outstanding results in the Diploma in Journalism, National Qualification in Journalism and the Junior Journalist Apprenticeship.

Some 54 students, trainees, apprentices, journalists and training providers are on the shortlist, which was announced in December.

The NCTJ can also now reveal the shortlist for the Student of the Year award, which will also be presented at the ceremony:

The winner of the 2020 chairman’s award, which recognises a nominated individual’s outstanding contribution to high standards of journalism training and education, will also be announced at the event.

The virtual ceremony will be presented from the Sky News studios on Thursday, 18 March, and will be live streamed at 6pm.