The shortlist for the NCTJ Awards for Excellence 2017 has been announced with some 43 students, trainees and apprentices in contention for awards. 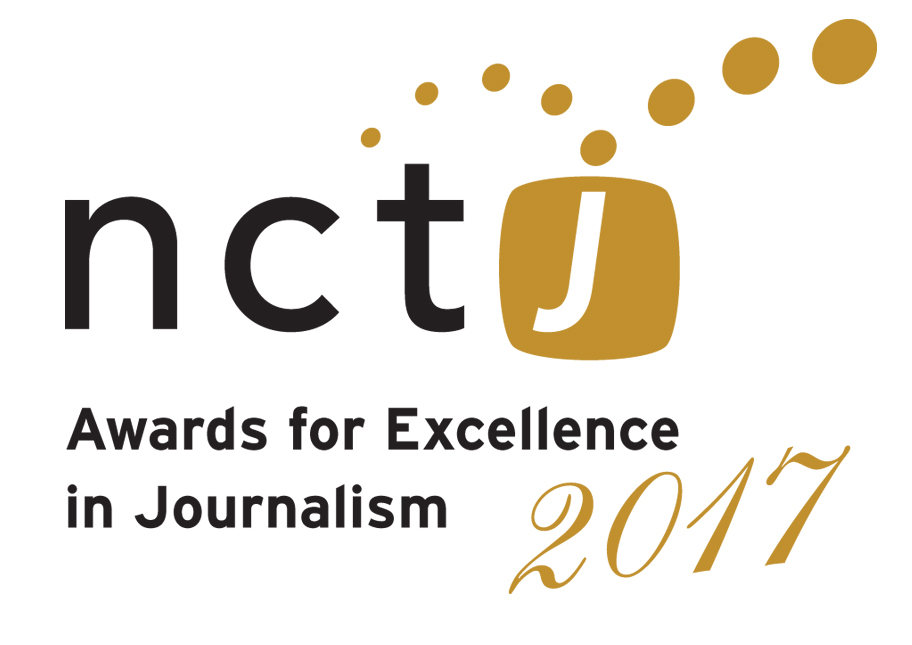 More than 300 entries were received from students and trainees hoping for recognition across the five main journalism categories: news; sports; top scoop/exclusive; features; multimedia story/campaign; and student project. These awards, which highlight the achievements of individuals with promising journalism careers ahead of them, are open to students on NCTJ-accredited and distance learning courses, and trainees who have completed the Diploma in Journalism and have less than two years’ experience in journalism.

There were 13 entries for the new innovation of the year award, which is open to centres running NCTJ accredited courses who are pioneering new approaches to educating and training journalists. Bournemouth University, UCFB Wembley and the University of Gloucestershire have been shortlisted for the inaugural award.

Special awards will be given to the colleges, universities and independent providers running the top performing accredited courses based on students’ gold standard performance in the Diploma in Journalism.

All shortlisted entrants are invited to attend the gala dinner and awards ceremony at Hampton Court Palace on Thursday, 23 November as guests of the NCTJ and headline sponsor Financial Times. The winners will be announced at the ceremony, hosted by Sky News presenter and NCTJ alumna, Sophy Ridge.

The full shortlist can be viewed here.

Thank you to all our 2017 awards judges: