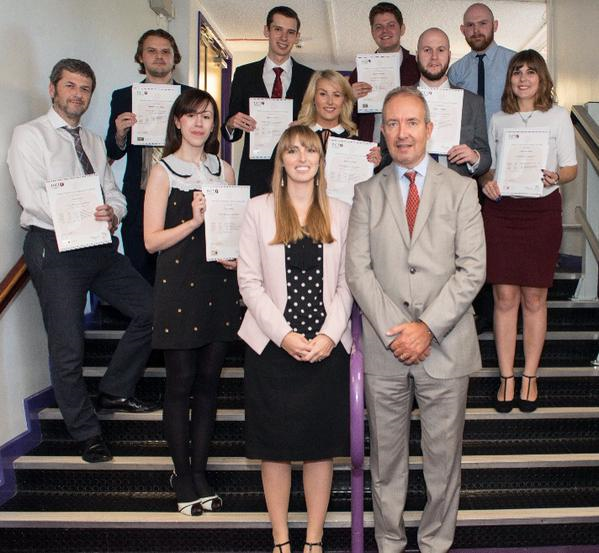 Budding reporters from City of Wolverhampton College are preparing to see their names in print after passing their NCTJ Diploma in Journalism exams with flying colours.

A total of 13 students, who have recently completed the National Council for the Training of Journalists (NCTJ) accredited Diploma in Newspaper Journalism at the college’s Paget Road campus, picked up their certificates at an event on Friday, 25 September.

Their awards were presented by Mark Wray, head of training at the BBC Academy and a member of the NCTJ journalism qualifications board. The guest speaker was former BBC journalist Mary Fox, who started her career on the Express and Star.

Many of the students have already secured jobs in the industry, gaining employment at newspapers that include the Express & Star, Stroud News and Journal, Leamington Courier and Redditch Standard, as well as SWNS News Agency and BBC Sport England.

Lecturer Dani Wozencroft said: “The certificate presentation is the perfect way for students to celebrate all the hard work that has gone in to completing the diploma this year.

“All the students put in a lot of effort and their exams results reflect this.

“The fact that many are already working in the industry shows just how effective this course has been, once again, this year.

“I am very proud of each of them and hope that they learn a lot from our guest speakers at the event, I look forward to watching their careers progress.”