By Khaleda Rahman, Journalism Diversity Fund recipient 2012/13 and our participant in 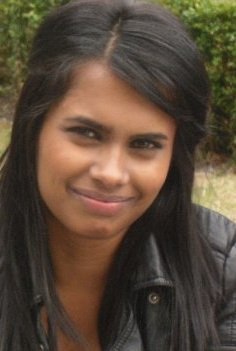 the Journalism Diversity Fund internship scheme
People say time flies when you’re having fun and it really, really does.

I studied History of Art at University College London and while I enjoyed my degree and life in London, I just wasn’t passionate enough about it as a career.

Just over a year ago, I realised journalism was my calling. OK, I thought, I’m going to need some kind of qualification but where to start?

A friend suggested the News Associates workshop in Wimbledon and within days, I’d had a taste of the course, taken an exam and after a surprisingly straight-forward interview, I was in.

But I still needed funding. Enter the Journalism Diversity Fund.

Not only did I get my NCTJ in 20 blink-and-you-miss-it weeks thanks to the diversity fund, but they also supported a 3-month internship at Newsquest. There, I split my time between the SE and SW London offices and properly learned the ropes of being a local news reporter.

And boy, did time fly.

Armed with a pen, notepad and laptop, I dusted off my trusty shorthand covering a two-week murder trial for the News Shopper. Spending days on end in court is suitably grim, but it’s also incredibly satisfying to turn around twice-daily updates from court. Knowing that thousands have clicked on your story within hours of posting online is a great feeling.

Over at the Wimbledon Guardian, I was back covering familiar territory. I learnt to use my contacts for breaking news exclusives, wrote features and manned their leisure pages.

It’s amazing how much attention a story in a weekly local paper can get – the one that sticks in my mind is a man who vowed to barbecue every day, rain or shine, to raise money to adopt a rhino in South Africa. I thought his story was quirky and after it was published, he made the nationals and the London Fire Brigade got in touch to sponsor him – as long as he took a barbecue safety lesson!

I also got the chance to write an edition single-handedly while the other Wimbledon reporter was on holiday – now, that’s an even better feeling.

As my internship was part-funded by Creative Access, I also got the chance to attend some very cool masterclasses – at ITV News, Channel 4 and The Times to name a few. Sitting in the presenter’s chair at ITV News was definitely a highlight!

Now, I feel I have gained the skills and experience I need to follow my dreams into a (hopefully long!) career in journalism. Thanks Journalism Diversity Fund!