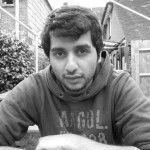 So let me tell you folks, this past year has been quite a journey. From the frequent bouts of despair, to those rare moments of unbridled elation – the life of a wannabe journalist is at best, unpredictable, and at worst, pretty rubbish (to put it bluntly).

But all jokes aside, with this post my intention is not to tell you about all the cool stuff I’ve done, or how much I’ve enjoyed the course. Instead, I hope to teach you my most important lessons learnt to date, from all from the mistakes I’ve made on this journey so far (of which there have been many, I can assure you).

So here’s my Buzzfeed-esque list of things I definitely recommend you don’t do, because I’ve been foolish enough to do them all.

One of the main problems I’ve faced is something that plagues us all – that ever looming voice of self-doubt. And research has shown that one of the biggest challenges working-class children face is a lack of self-confidence.

So my first lesson for you is believe in yourself. Don’t be afraid to approach that stranger in the street for a vox pop. Don’t worry about putting yourself out there, such as asking for placements or pitching a story.

Whatever it is that you’re feeling worried or anxious about, just remember that there’s no room for second-guessing or hesitation in this business. So just go for it – what’s the worst that can happen?

The famous philosopher Bertrand Russell once proclaimed: “I think that there is far too much work done in this world.” This was, until last year, a statement I stood by wholeheartedly.

My aptitude at ineptitude had stuck to me like a bogey on a wall, and it’s been a struggle breaking many years of bad habit. And while I’ve always been good at thinking about doing things, making those dreams a reality required me to be proactive.

So please, take it from me, do not hesitate to instigate, because you have to work to make your ambitions a reality. And there are no two ways about it – you have to work hard. Pull up them socks and get typing my friends.

Lesson 3 – Never be afraid to admit you are wrong

I remember reading a New York Times article a while back which claimed that a big reason why people argue is simply to win the argument, rather than find any objective truth.

Similarly, when we receive criticism, it’s easy to get defensive and blame someone else. It’s even easier to berate yourself over failure. But when we fail or come short, it’s a chance to look at ourselves critically. If you can’t be self-critical, you’re never going to achieve any real lasting success in life.

Whenever I should make a mistake, think: “I succeed in finding out what does not work,” rather than about failure. So while it may be difficult not to feel despair or even resentment whenever you do mess something up, try to be cheerful instead, because at least now you know not what to do.

So those are my top tips folks. I hope I haven’t patronised you too much with another questionably “useful” list that seem to be so prevalent on the internet. And while this blog post was mainly written in jest, I sincerely hope that you take some value from it (all three of you who’ve made it this far that is).

However, I’d also like to add that there is no set way to how things are done. Like many of you, I am also feeling my way through, tentatively creeping along this seemingly perilous path ahead. What I’m getting at is – I think you will also learn your own lessons in your own way, as I have learnt mine so far. And if I can do it, so can you.

Lastly, I would like to extend a heartfelt thank you to the Journalism Diversity Fund for giving me this opportunity. Despite not having a phone or a computer, I was still able to make it through the course with the lifeline the fund has so graciously given me. If you’re thinking about becoming a journalist, then I wholeheartedly recommend you give them a shot, you won’t be disappointed. And a big thank you to Lambeth College for offering me a place. I am happy to report their risk has paid off.

Good luck to you all, and thanks for reading.