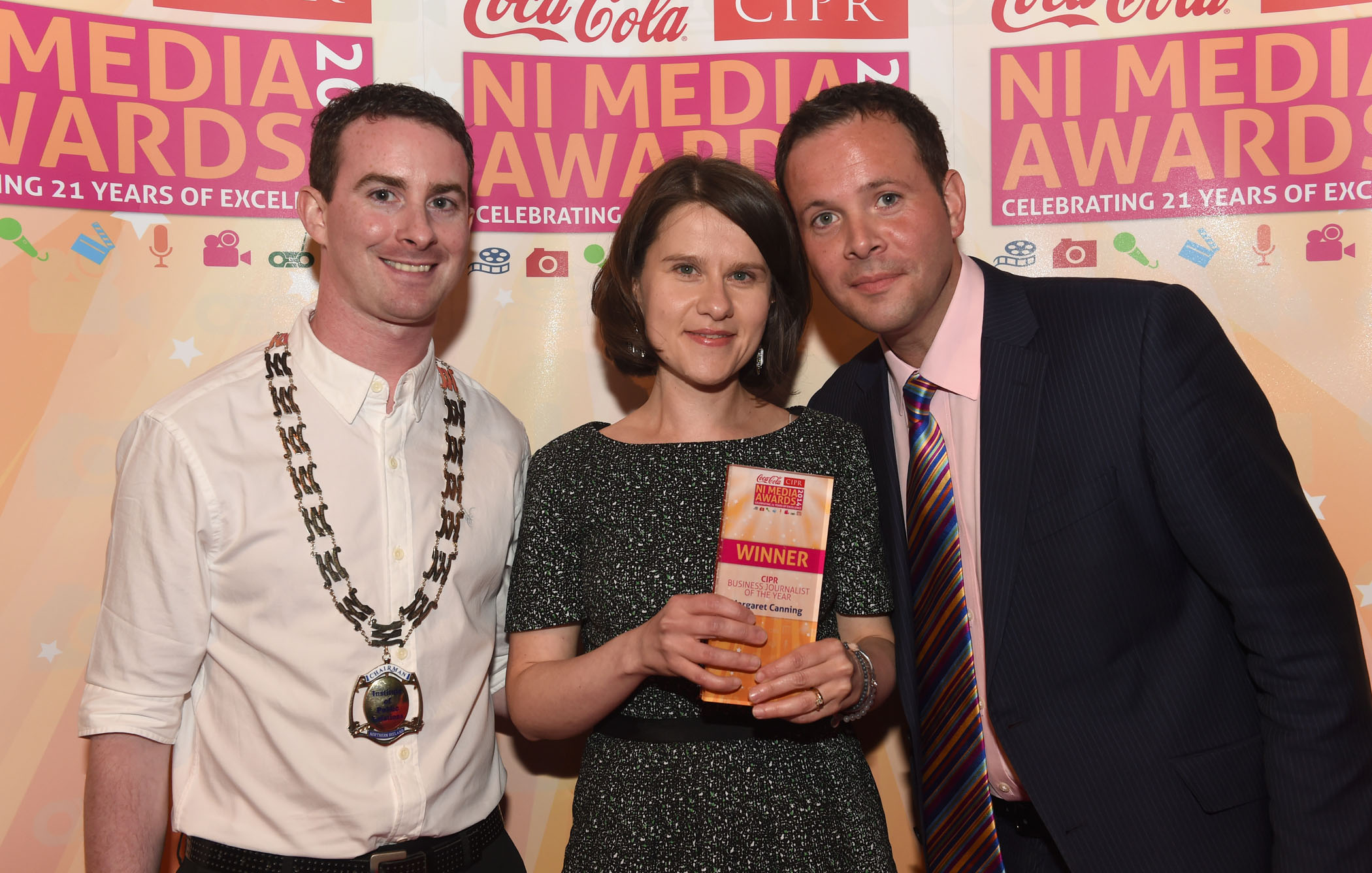 A former MA journalism student at University of Ulster has been named business journalist of the year at the 2014 Coco-Cola CIPR NI Media Awards.

Margaret Canning, who completed her NCTJ-accredited course in 2005, now works as the business editor for the Belfast Telegraph. She was presented her award on Friday, 27 June at a ceremony in Belfast hosted by journalist and broadcaster Eamonn Holmes.

Commenting of Margaret’s winning entry, the judges said: “This entry stands head and shoulders above the rest. Margaret Canning, who demonstrates breadth, exclusivity and a range of differing stories: campaigning, with royal support, on apprenticeships; standing up the shopping centre receivership story; and investigating the vulnerable state of a pub chain.

“Evidence of much digging, following up and following through.”

Margaret said: “I was over the moon to win the business journalist of the year award at Northern Ireland’s CIPR awards.  I pursued a lot of stories during 2013 as doggedly as I could, and thankfully it paid off.  I owe a lot, too, to the support of the Belfast Telegraph, especially then-business editor David Elliott, for always encouraging me to go after stories.

“Generally speaking, students don’t regard business as a particularly sexy specialism, but I reckon if you stick at it, you can really make it your own as it’s such a broad subject.  My main specialisms have become the licensed trade and commercial property, including retail – so business journalism can involve following subjects we all have everyday knowledge of.”