NCTJ chairman Kim Fletcher welcomed delegates to the 2017 Journalism Skills Conference with a message that in an industry experiencing permanent change, the constant element of trust has never been more important.

Opening the conference, hosted by Sky, Kim stressed the importance of “sifting all the stuff out there” so audiences could trust what they are being told.

He was supported by head of Sky News John Ryley, who told delegates that 2017 is the golden age of journalism.

“Smartphones and tablets means news is non-stop, live and on-demand. The future of journalism is positive because great journalism has great value.”

John told delegates that journalism needs to “innovate or die” and stressed the importance of newsrooms reflecting their diverse audiences.

He explained lack of diversity was the reason mainstream media newsrooms were taken by surprise by the Brexit vote and described the UK general election result this summer as a “rage against the machine” of journalism at Westminster.

He said: “To counter that, our newsrooms need to be populated by people who are in touch with what people are thinking.” 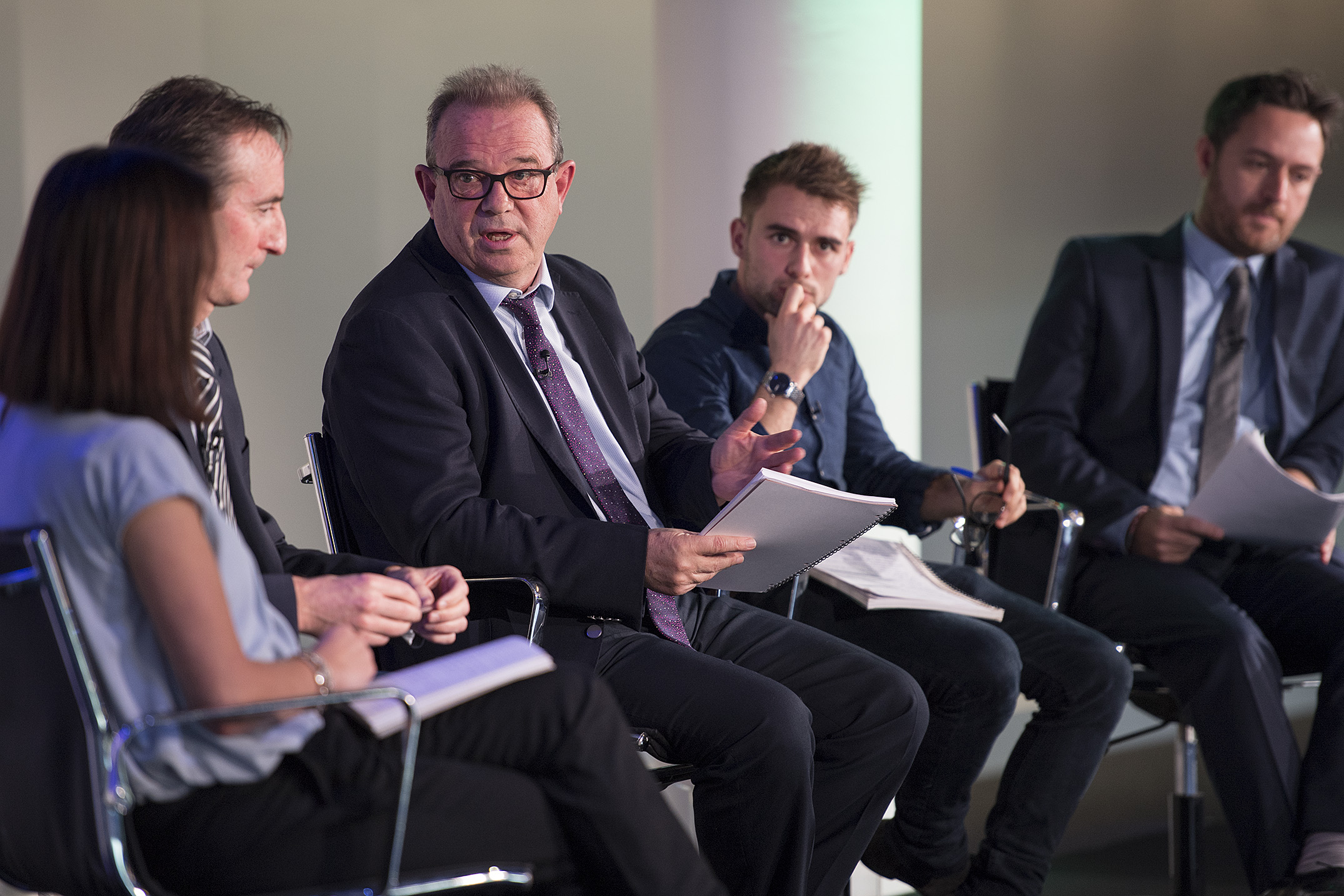 Matthew Bell, the Sun on Sunday’s news editor, explained that while News UK staff were sent on hostile environment courses, there was a growing feeling that not enough support was provided to journalists once they’d returned from covering a terrorist attack.

Daily Mail assistant editor Neil Darbyshire explained how social media was changing the coverage of terrorism. He told the audience that in the minutes after the murder of Lee Rigby, while police didn’t confirm an incident was taking place, the attack was being live-Tweeted from a man watching the scene from a nearby block of flats. Neil said: “This was a watershed moment.”

News Associates managing editor James Toney told how trainees’ lessons were abandoned to allow them to cover the Manchester arena attack, the Grenfell fire and Parsons Green bomb. James felt pastoral support was needed not only for journalists sent to cover terrorist incidents but also those editing coverage in newsrooms.

Former Sheffield University student Harrison Jones, now a freelance journalist at The Guardian, who was caught up in the Westminster attack during a visit to parliament, said the media was sometimes guilty of hysteria over terrorism coverage when comparing the number of deaths with those killed in road accidents.

In a panel discussion on how to make the most from social media, UNILAD’s editorial manager Ben Hayward and BuzzFeed News investigative reporter Jane Bradley said they both looked for all new hires to have NCTJ qualifications.

Ben and Jane both said they worried about an over-reliance on Facebook for their audiences. Telling the audience that UNILAD has 35 million followers on Facebook, Ben said: “Facebook is a fantastic platform for reaching people but at the same time it is easy to become beholden to them.”

The final discussion of the day focused on the importance of diversity in newsrooms. Sky News political editor Faisal Islam told delegates he felt journalism was a sealed world that he needed to break into to get his first foot on the ladder.

He said: “The only reason I am here is that I marched up to the editor of The Observer in Waterstones in Manchester in 1998 and handed him a letter which told him why he should take me on work experience.”

He also highlighted that diversity is not just about ethnicity, expressing concern that newsrooms don’t reflect voices from all parts of the country.

Adebola Lamuye, an apprentice at the Evening Standard told delegates she only found the advertisement for the scheme by accident while online at 2am.

Asked how employers could increase the number of applications they receive from candidates from diverse backgrounds, she said: “The industry needs to think about where it advertises jobs. I found mine by mistake and couldn’t believe I hadn’t seen it when I was looking for a job.”