Two former student journalists have been awarded prizes for exceptional performances in the NCTJ Diploma in Journalism exams. 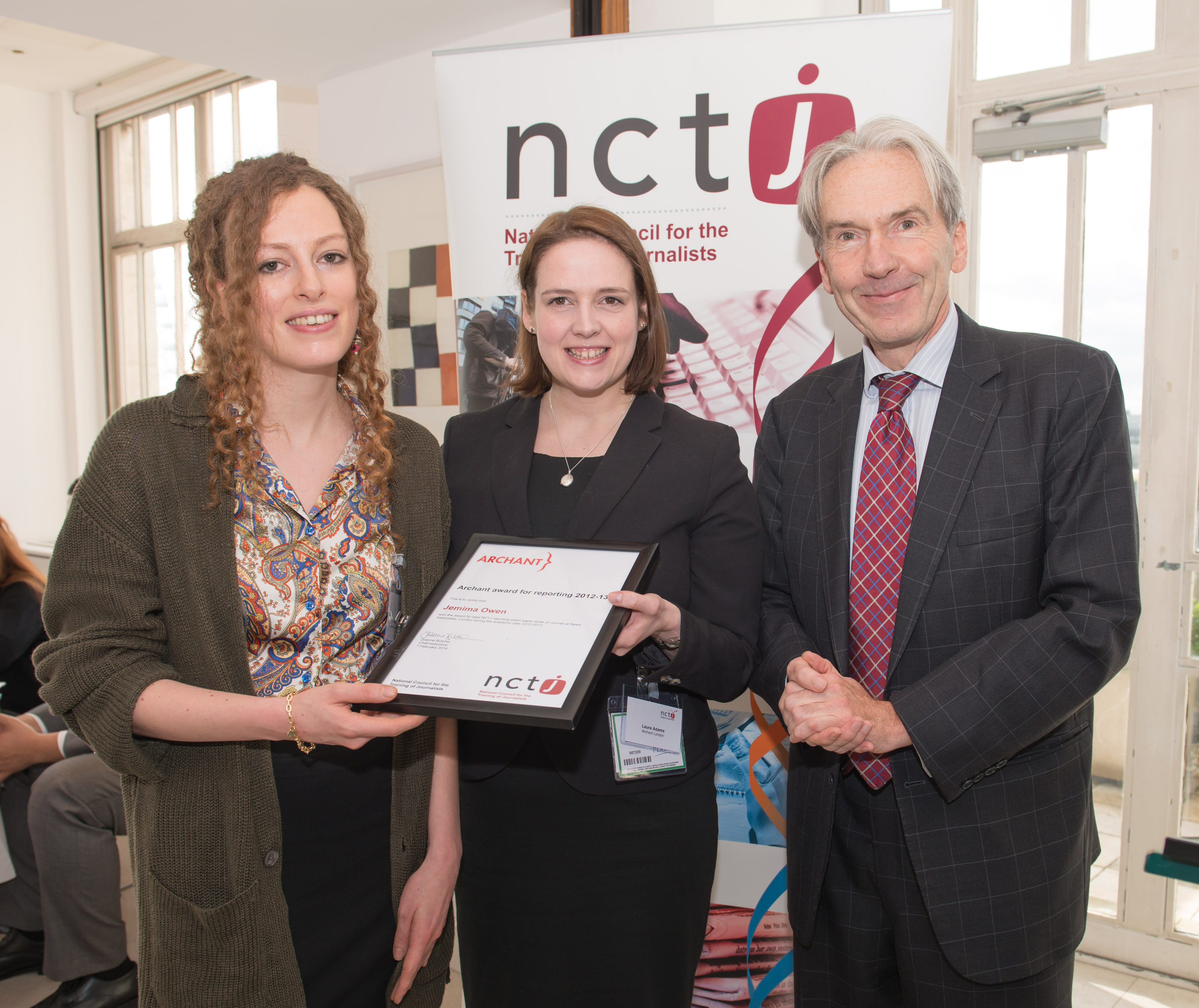 Jemima and Calum gained the highest marks in the NCTJ Diploma in Journalism reporting exam paper and videojournalism for online paper. Each of the award winners received a certificate and a £250 prize.

Jemima, who completed her NCTJ-accredited course in February 2013 and is now freelancing, said: “I was absolutely thrilled to find out I’d won the reporting award, especially given how nervous I remember being before the exam!”

Callum, who graduated in 2013 with a MA in multimedia journalism, now works as a trainee journalist for BBC Scotland. He is part of the referendum unit and also works across various news and current affairs programmes. This is the second year running that a student from Glasgow Caledonian University has won the videojournalism award.

Calum said: “I’m delighted to pick up the award. It’s a nice reward after a lot of hard work. Plus it’s testament to the 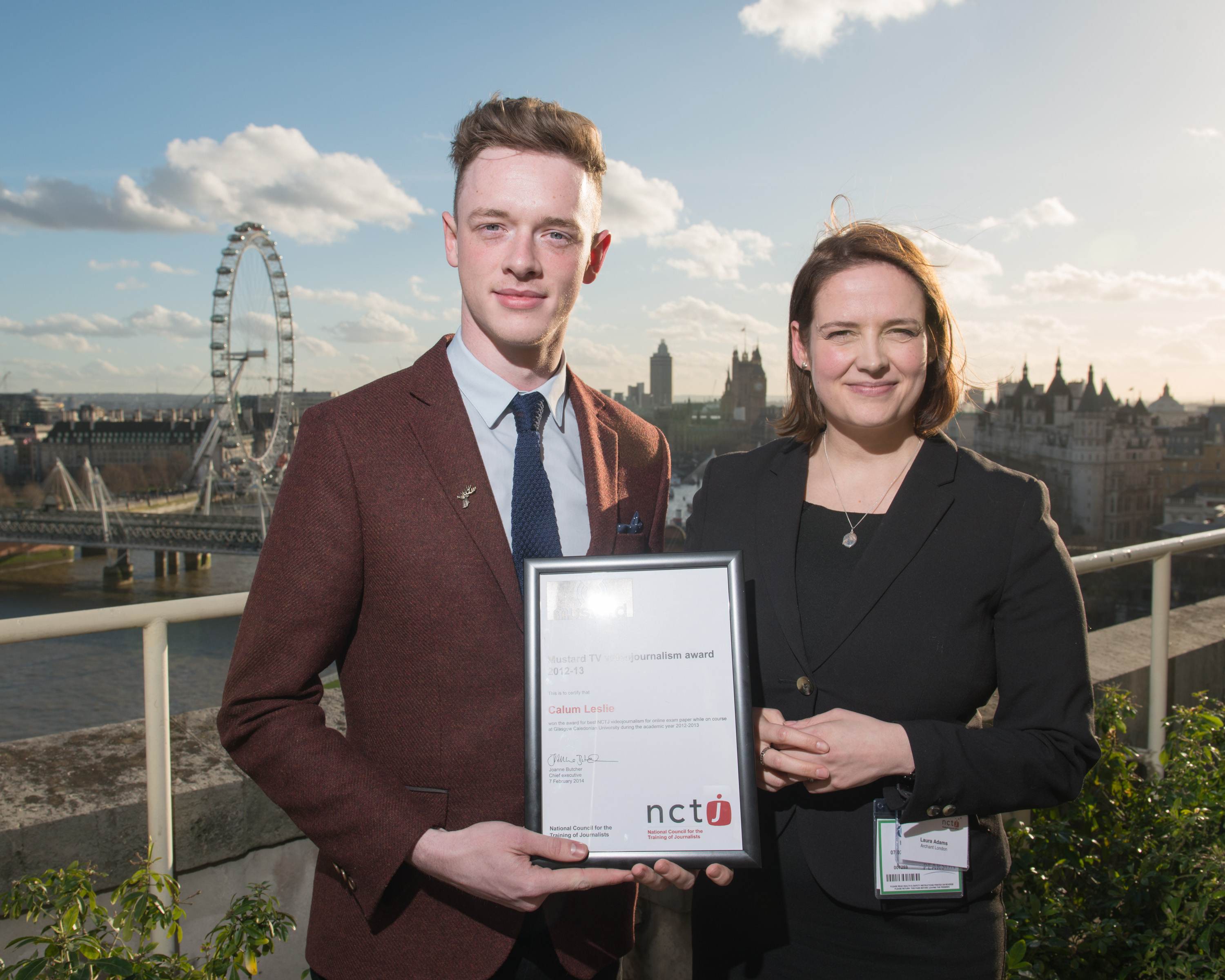 great courses – and staff – at Glasgow Caledonian University’s journalism department that we’re so well prepared for the NCTJ exams.”

The students were presented their awards by Archant London editorial director, Laura Adams at the NCTJ Student Council at Pearson in London on Friday, 7 February.

Laura said: “I was delighted to be able to present these awards to two such outstanding students. Archant recognises the vital importance of good reporting and multi-media skills from well trained journalists in producing engaging, informative and accurate content for our newspapers, magazines, digital and broadcast media channels.”

It was announced in January that Archant would sponsor the new reporting award and the award for videojournalism would be sponsored by Mustard TV, Archant’s new broadcasting division, which was awarded a local TV licence in September 2012.