The three top-performing journalists who are embarking on promising careers in the industry have been rewarded for their impressive exam results. 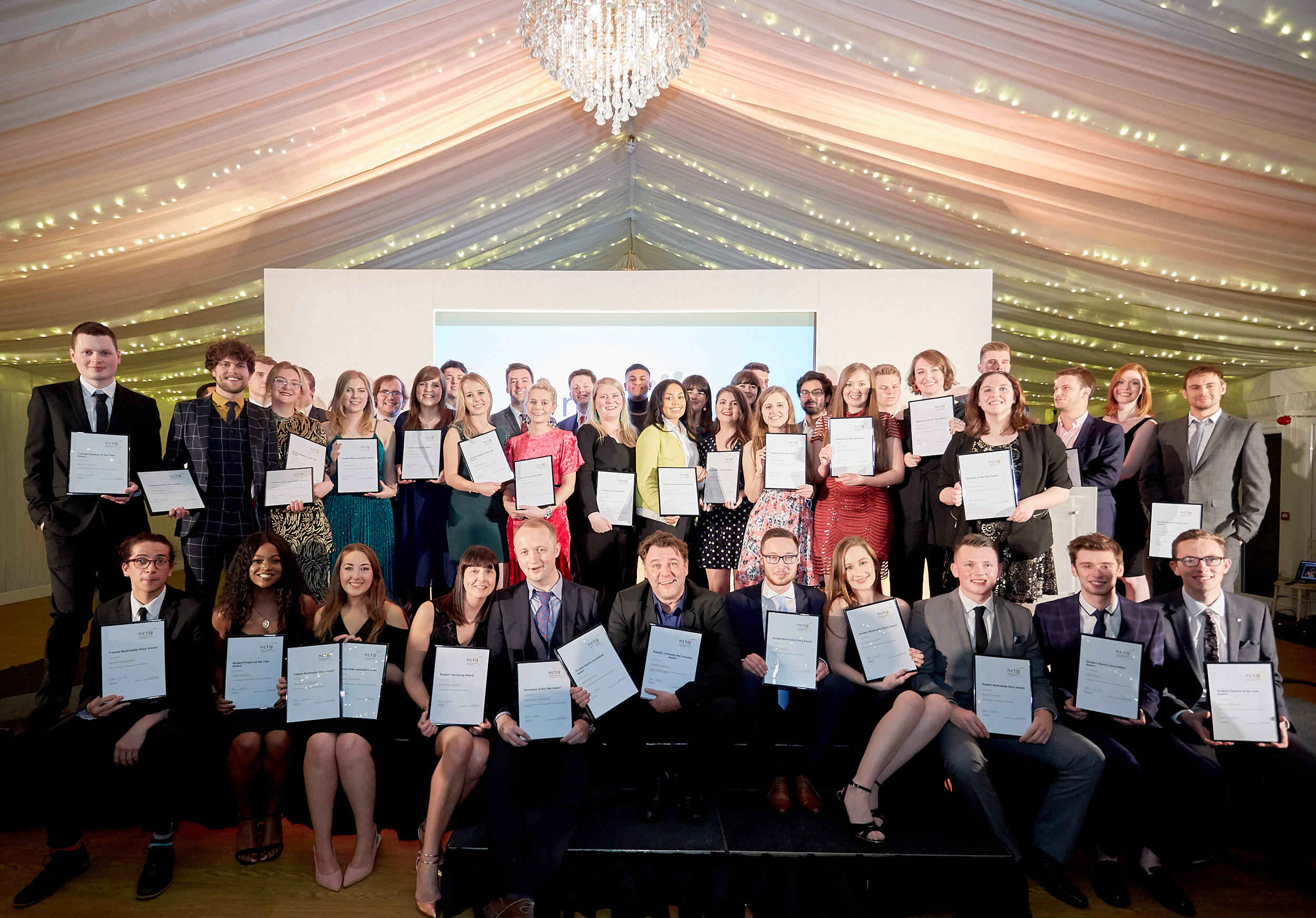 Students, trainees and apprentices from across the UK were honoured at the 2018 NCTJ Awards for Excellence ceremony and gala dinner, held at Quendon Hall in Essex on Thursday, 29 November.

The NCTJ rewarded journalists JP Asher, Gemma Joyce and Megan Baynes for achieving the best set of results overall above their peers despite juggling work commitments.

JP Asher, who now works in editorial production for Archant, won the trainee journalist of the year award after he embarked on his journalism training without any A-Levels or a degree.

His path into journalism began as a junior journalist apprentice studying at Lambeth College while also working at The Comet.

JP recommended future journalists to consider studying as an apprentice.

He said: “Gaining the qualification while doing real-life journalism work helped me to develop as a reporter very quickly, so that by the end of the two years I already felt like a seasoned member of the team.

“For me, there is no substitute for real experience in the field – and an apprenticeship is an excellent way for an aspiring journalist to benefit from the best of both worlds.”

This year’s student journalist of the year award was handed to Brighton Journalist Works’ graduate Gemma Joyce, who topped the board of 1,127 students to achieve the highest marks in her Diploma in Journalism exams. She achieved straight A’s with the highest marks and 100 words per minute shorthand.

She managed to achieve her impressive set of results while working full-time.

Gemma, who loves turning data into stories, now works at social media monitoring company Brandwatch, where she has written a variety of viral articles and presented social media data stories at Twitter HQ and Oxford University.

Following nominations from employers and trainers, apprentice of the year was awarded to Megan Baynes, from the Isle of Wight County Press and Highbury College.

Megan, who achieved outstanding results in her diploma exams and has already been promoted to local democracy reporter, was praised by her deputy editor for her hard work and ability to tackle in-depth stories.

Paul Foster, Megan’s tutor at Highbury College, said: “Megan always turns up to college with a smile on her face and is a positive influence on the other apprentices. She is a hard worker and files her coursework on time every week without fail, despite all her work commitments.”

This year’s Awards for Excellence saw a record-breaking number of entries for the various categories, with 329 submissions from top quality journalists representing a breadth of education and the media.

Sky News presenter Sarah Hewson, who hosted the awards, commended the skills, determination and resilience of the shortlisted entrants, adding: “You should be immensely proud of your work.

“Once again, we would like to thank the expert panel of judges. They were thoroughly impressed with the standard and quality of the work they saw.”

The awards certificates were handed to each winner by Kim Fletcher, chairman of the NCTJ. The categories included news journalism, sports journalism, features, top scoop/exclusive, multimedia story/campaign and student project of the year.

The full list of winners and commendations is as follows:

Student multimedia story/campaign of the year

Trainee multimedia story/campaign of the year

Student project of the year

Winner – Team Brit – On the Road to Recovery, Michael Haffenden, University of Kent

Apprentice of the year

Student journalist of the year

Trainee journalist of the year