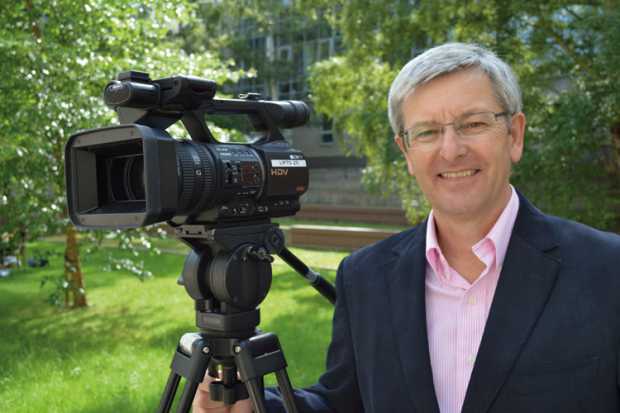 Essential Journalism, a new NCTJ guide for trainee journalists, will be published on 30 June. In this blog, author Jonathan Baker examines the importance of traditional journalistic values in the digital world.

We expect a lot more of today’s young journalists than we used to. To achieve qualification through the industry training body, they need proven abilities to deliver the news in all formats – print, radio, television, online and social media. They emerge from their studies as fully-fledged multimedia journalists, able to work with facility in all of these areas, often in two or more of them at the same time.

This is all relatively new. The National Council for the Training of Journalists, which celebrates its 70th birthday this year, was established by the newspaper industry. For the first 50 of those years, its syllabus and exam structure reflected the fact that most newly-qualified journalists found their first jobs in weekly newspapers, graduating to provincial dailies and ultimately the nationals. Those who wanted to move into broadcasting, as television or radio journalists, typically did so after cutting their teeth in print, and then learning the necessary new skills on the job.

The expansion of the internet and the digital revolution were agents of enormous change across journalism, and training programmes have had to reflect that. The internet and social media have created dynamic new platforms and blurred the distinction between print and broadcast. The NCTJ, which works closely with partners across the journalism sector, was quick to recognise that shift. Today, the Diploma in Journalism incorporates broadcast and online skills as key elements of its core syllabus. Its range reflects the variety of skills required in today’s newsrooms.

And yet – in some respects at least – the more things have changed, the more they have stayed the same. Even in a much-changed world, reporting at its most fundamental level is still about finding things out and telling people about them; journalism is still about building on that by adding context, explanation, background and anything else the audience might need in order to understand what is going on in the world, and to have the means to become informed and engaged citizens.

The platforms for the delivery of news may have multiplied, but the business of gathering and organising it has remained fundamentally intact. The internet provides an inexhaustible resource for researching stories, but most news is still based on first-hand reporting from primary sources (some of them online), and by talking to people. The techniques for finding things out are broadly the same, no matter what the intended final destination for the story. And the techniques for presenting them – again, regardless of platform – still require organisation, clarity of thought and good writing.

The central elements of my new guide for young journalists, produced in cooperation with the NCTJ, are all about story-finding and storytelling. All storytelling requires good, clear, simple and unambiguous writing. Recognising what makes a news story, researching it and presenting it in a few crisp paragraphs is where the teaching begins on most journalism courses, including the one I myself ran at the University of Essex. And when it came to analysing a basic news story in my book, and explaining how to produce one, it was to print practice that I turned rather than to the newer media.

This might seem like a backward-looking place to start, because it does not obviously reflect the way journalism is heading. Although lots of new journalists still start their working lives in weekly newspapers, it is no longer the default first rung on the ladder. There are many other entry points into journalism of all kinds. The newspaper business is in decline – some would say freefall. In the last couple of decades, the digital revolution has toppled most of the pillars of the traditional print business model. Fewer people buy and read newspapers these days, or place advertisements in them. That is not how most of us live our lives any more. We get most of our information and do most of our transactions in other media, where the content is always more up to date than a story that was written perhaps 24 hours ago. Advertising revenue has deserted too.

The newspaper business in general was slow to see this coming, and slow to react when it happened. Even now, some are moving a great deal faster than others. Those struggling to keep up may fall by the wayside. Dozens of smaller titles have closed already. Some provincial newspapers have pinned their hopes of survival on reconfigured digital-first newsrooms. This recognises commercial imperatives as well as consumption habits. With famous old provincial newspaper titles now selling only a few thousand hard copies a day, the focus is on digital eyeballs and maximising revenue from the virtual platforms. The reporting staff work to the website and social accounts first, and to the newspaper second, or not at all.

The internet is both the agent and the enabler of this change. It gives journalism providers access to gigantic new audiences, not only through their own websites but also through Google and Facebook and the rest. Worldwide distribution is available to even the most local provider, and at little extra cost.

Some might argue this puts far too much power in the hands of a relatively small number of global technology giants, whose primary interest is not journalism per se, but with whom journalism producers must work in order to reach mass audiences. It is a tense relationship. Debate continues over how the profits of collaboration should be divided between those who produce the content and those who circulate it. Some early shots were fired in the recent row between the Australian government and Google.

In this scenario, the rewards for journalism producers are vitiated by risks. The emerging new journalism can become over-reliant on the tech companies for access to the market. Individual brands and identities can be lost in the unfathomable algorithms of search engines. The door of the internet is open to everyone – vested interests, unscrupulous regimes, crackpots and mischief-makers; a malign, largely-unregulated stew to which the catch-alls ‘disinformation’ and ‘fake news’ barely do justice. In increasingly polarised societies, consumers are tending to look for information that confirms their own opinions and prejudices. They can be viciously hostile to anything that doesn’t. For some, ‘mainstream media’ is not a kitemark of quality: it is a term of abuse.

In this environment, professional journalism risks being traduced, swamped or taken for granted as a source of well-sourced, reliable and well-presented news. It needs to cling to the principles and values of good journalistic practice that long predate the digital age, but whose relevance and worth remain undiminished. For all those internet users interested only in reinforcing their own prejudices, there are plenty of others seeking trusted guides to lead them through the chaotic information overload of the modern age. Journalism needs to offer that guidance, and to continue to expose wrongdoing and hold power to account. In doing so, it bolsters democracy and democratic values. In the rather gloomy but nonetheless powerful motto of the Washington Post: “Democracy Dies in Darkness”.

This means that quality journalism produced to high standards is at a premium in the technological era. To be equal to the task ahead, we will need energetic young journalists who are at fully at home in the digital space, and continue to fulfil the democratic responsibilities of a free press against a framework of sound values, proper conduct and principled practice. The NCTJ syllabus reflects this. It also recognises that – like their journalistic forbears – they need to master the core practical skills of good reporting: seeking reliable sources, evaluating information and presenting what they have learned in an accurate, fair and attractive way.

That is why the simple print news story is still a valid and valuable template. Everything about the way it is produced is an important element of the solid grounding we should be striving to provide for all aspiring journalists. It does not matter that the printed newspaper may not even exist in ten or twenty years from now. Whether the news is delivered on a sheet of paper or on a computer or telephone screen is of secondary importance. What matters is the quality of the practice and the reporting skills that have been brought to bear in creating that news. These are things that do not and should not change. They are fundamental and critical to the quality and eventual survival of professional journalism in the digital age.