Broadcaster and journalist Charlie Webster inspired student journalists to find their passion and purpose at the annual Student Council meeting, held today at the BBC in MediaCity. 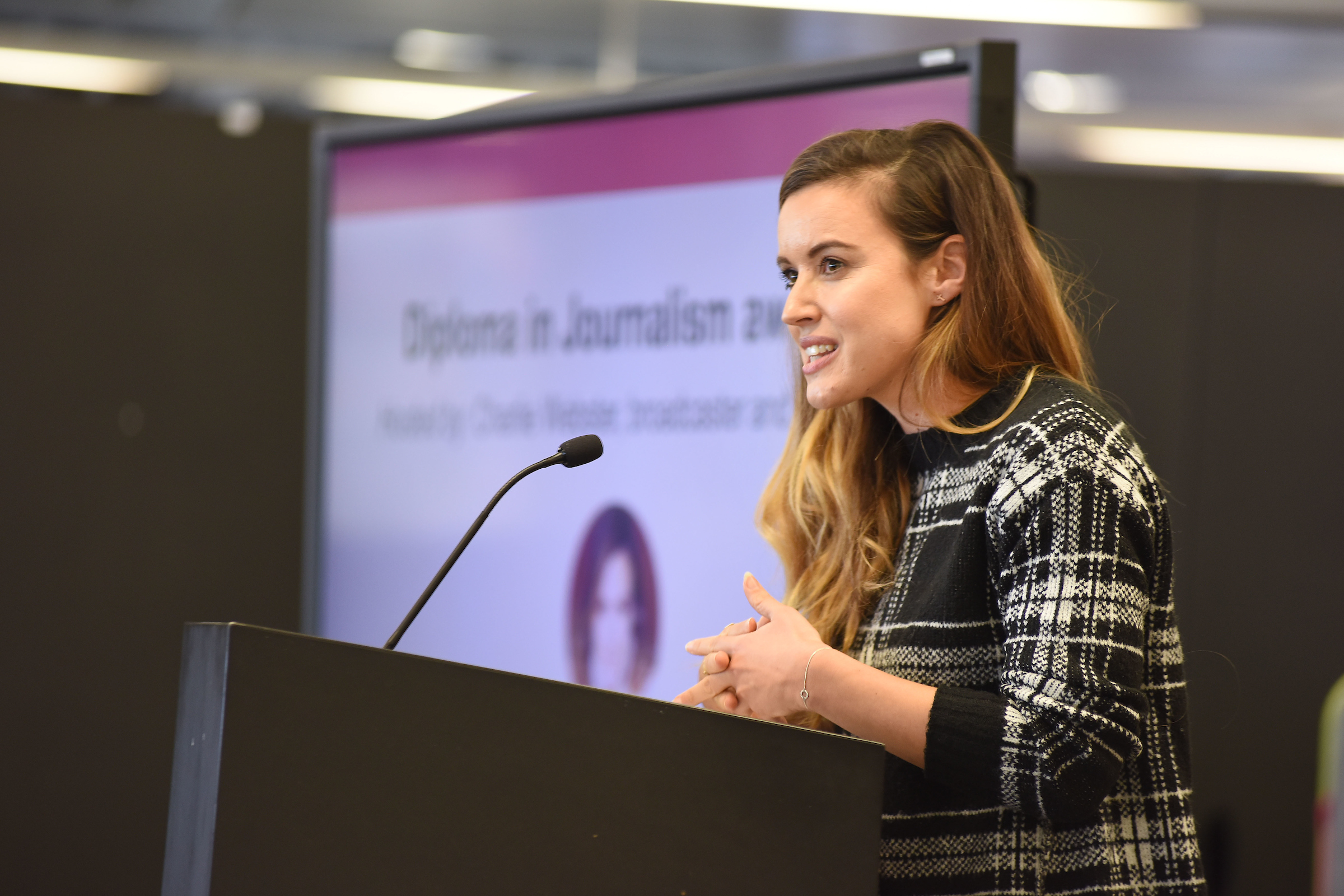 Charlie gave an inspiring address, before presenting the Diploma in Journalism awards to the top performing students in the 2017-18 diploma exams.

She told students why she became a journalist: “You can change people’s perceptions and behaviours, for me that was the most important thing.

“For me, journalism is about affecting people’s lives. That’s exactly what I want to do. It’s about that passion and purpose, find out what you are passionate about and keep your individualism.”

Charlie, who is originally from Sheffield, has worked globally for major TV networks such as Sky, ESPN and BBC.

She said: “I’m from a working class background, which means I can go and speak to people, with empathy. I used to think it was a negative, but actually I can connect with people and people will connect with me.

“Your future will be about people and relationships and the fundamentals of that is empathy.”

Addressing the Diploma in Journalism award winners, Charlie said: “Passing the diploma exams is a great achievement, but to get the highest marks in the UK is exceptional.” 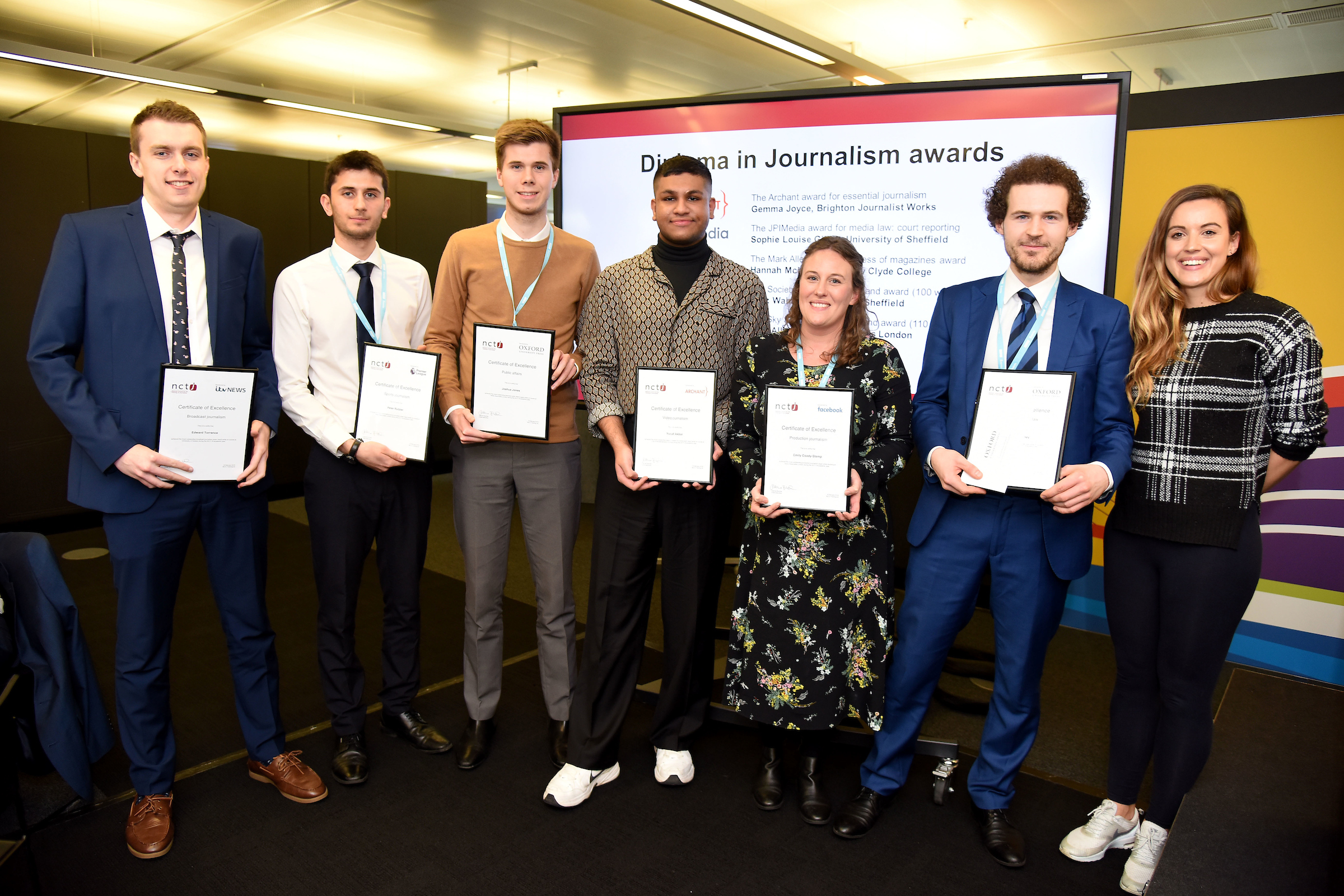 Each winner receives a certificate and a cheque for £250 from the sponsor.