Essential qualities sought by editors were revealed to delegates at the NCTJ 2017 Student Council. 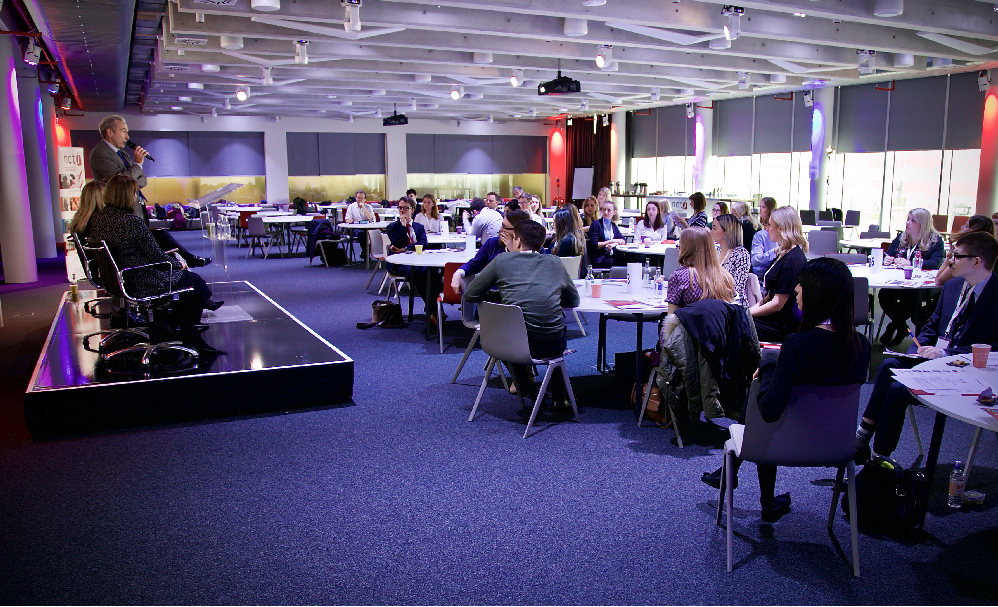 An audience of more than 40 journalism student representatives from NCTJ-accredited course providers was told curiosity, commitment, integrity, honesty, persistence and the right attitude were key.

Andy Cairns, chairman of the Meet the Editors panel, added that students needed to show passion for journalism at job interviews.

Topics included ethical dilemmas, regulation, the future of print and where journalism jobs can be found.

The Student Council, held at Sky in Osterley, London, on Friday 3 February, was opened by NCTJ chairman, Kim Fletcher, who explained why the organisation’s work is important.

“I am now getting increasingly perplexed by the world of information around us.

“We talk about post truth, which I think is some sort of emotional thing, which, if you believe it hard enough, comes true,” he said.

It is difficult in a world of “fake news” and “alternative facts” to know who you can trust.

He said the purpose of the NCTJ boiled down to one thing, which was equipping, encouraging and ultimately examining people so the public could have trust in students who had come through the training scheme.

Fletcher told delegates they could do things that were unthinkable 20 years or even five years ago.

“You are the new generation and understand so much more about what is going on, what people are doing, how people are communicating, what they are reading, looking at, watching.

“Your ability to come in with that ‘can-do’ philosophy will hold you in great, great, strength,” he said.

During the morning, a range of issues, including examinations, was covered in an NCTJ Q&A session chaired by Joanne Butcher, chief executive, with Amanda Ball, principal examiner; Lyn Jones, head of qualifications; and Katherine Whitbourn, head of accreditation on the panel.

Delegates who presented the feedback from group discussions on what the NCTJ does well and where it could change for the better were invited to attend a main board meeting later in the year.

Joanne Butcher said: “Students are at the heart of what we do, and I want your messages to be heard and properly considered.”

After the conference had closed, Andy Cairns, who is chairman of the NCTJ accreditation board, said: “I always love this day, because the students are so enthusiastic. There are so many high-achieving people here, so ambitious for the future, with such a fresh outlook on journalism as a whole.

“You can see that they recognise the benefits of having an NCTJ certificate, and how that is going to give them an edge in this business.”