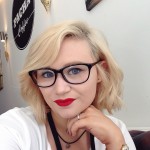 By Rachael Grealish
“It’s not whether printed press will die, it’s whether it should be free.”

For all students either completing their NCTJ qualification or those that have finished, this past year has been one of change and progress – and this was certainly the main focus of the NCTJ student council meeting 2016.

Being held in Google UK, London, looking to the future and modernising was definitely on the agenda for the meeting.

The meeting was kicked off by Joanne Butcher, NCTJ chief executive.

The meeting was a chance for all NCTJ diploma students to have their say and questions answered.

This year there were two core subjects on everyone’s mind: shorthand and essential public affairs (EPA).

One issue that was frequently mentioned was the consistency of the content of both these exams and in the case of shorthand the actual test not reflecting real working life.

Amanda Ball, principal examiner for the NCTJ, assured the students that as far as the EPA was concerned the NCTJ had done their best to strip the test back, as it was previously found to be too difficult, and it may be that students need to request more teaching time on the subject.

A group session took place where each table was able to say what they liked about the NCTJ and what could be improved.

This was not only a chance for everyone to have their course’s opinions put forward, but a chance to get to know people from other courses.

After the NCTJ panel Q&A it was an inspiring time for all the new and trainee journalists at the event as the NCTJ diploma exam awards were given out. The awards recognised the hard work of former students and were hosted by the fast-talking and witty Charlene White from ITV News.

As it was held in the Google UK building the afternoon would not have been complete without a talk from NCTJ alumni and Google News Lab lead for UK, Ireland and Nordics, Matt Cooke.

Matt spoke about how the world of technology was changing and taking journalists along with it. He put a strong emphasis on data journalism, saying: “Data journalism has always been a thing, but now we are able to do it so much better.”

He gave us an array of tips and tricks in which we could verify sources and stories – making sure all our facts were correct.

With such an emphasis on the future and modernising journalism with online and mobile journalism, I had to ask the panel of alumni and editors: “Will the printed press die?”

Though each promote the use of online and mobile journalism I was very happy to hear some of their answers to this question.

Matt Cooke said: “I don’t think print will die, I think it’s the brands are the one that will last on. It’s brands that experiment that will last and that’s what you need.”

Laura Adams said: “I think it will plateau. There will always be stories, people will always want media in a different way and I think we all need to be aware of that and sometimes people just want something to hold in their hand.”

But it was definitely Laura’s final comment on the subject that left food for thought.

She said: “It’s not whether print will die, it’s whether it should be free.”

All in all the day was fascinating, informative and really gave me a sense of what others in the world of journalism, who are still at the stage I am, think.

Also, it was a wonderful chance to network with other people who are part of the future of the industry.