Stephen Pritchard, readers’ editor of The Observer, gave a warm opening address at the NCTJ’s shorthand seminar, which took place on Friday 16 June 2017.

The one-day seminar welcomed shorthand tutors from all over the United Kingdom to London, to be brought up-to-date with key issues and developments in shorthand training and qualifications. As well as learning from the experts, delegates also had the opportunity to share ideas, seek advice, and raise concerns with other tutors, members of the examinations board and staff.

In his opening address, Stephen Pritchard praised the role of NCTJ shorthand tutors: “I firmly believe that your work has never been more vital than it is today. You don’t need me to tell you that the mainstream media is in peril for all sorts of reasons but I believe your work can help it survive and thrive.”

Reminiscing about his own experience of NCTJ shorthand training, he took us back to the 1970’s, when he had joined The Portsmouth News straight out of school: “[My teacher] did not possess headphones. Imagine a dozen transistors tuned into Radio 4, all playing different episodes of Just a Minute at the same time but without the laughs.

Stephen went on to discuss the vital importance of an accurate shorthand note, explaining that a rogue transcription can lead to all sorts of potential clangers and misunderstandings. “Subeditors at The Observer were baffled to find a reference to ‘Irish centurions’ in a long interview that had been laboriously transcribed,” he recalled. “Those mysterious figures were not ‘Irish centurions’ but ‘Aristotelians’. Similarly, I have seen an unthinking transcription turn ‘God’s Chosen People’ into ‘God’s Frozen People’”. 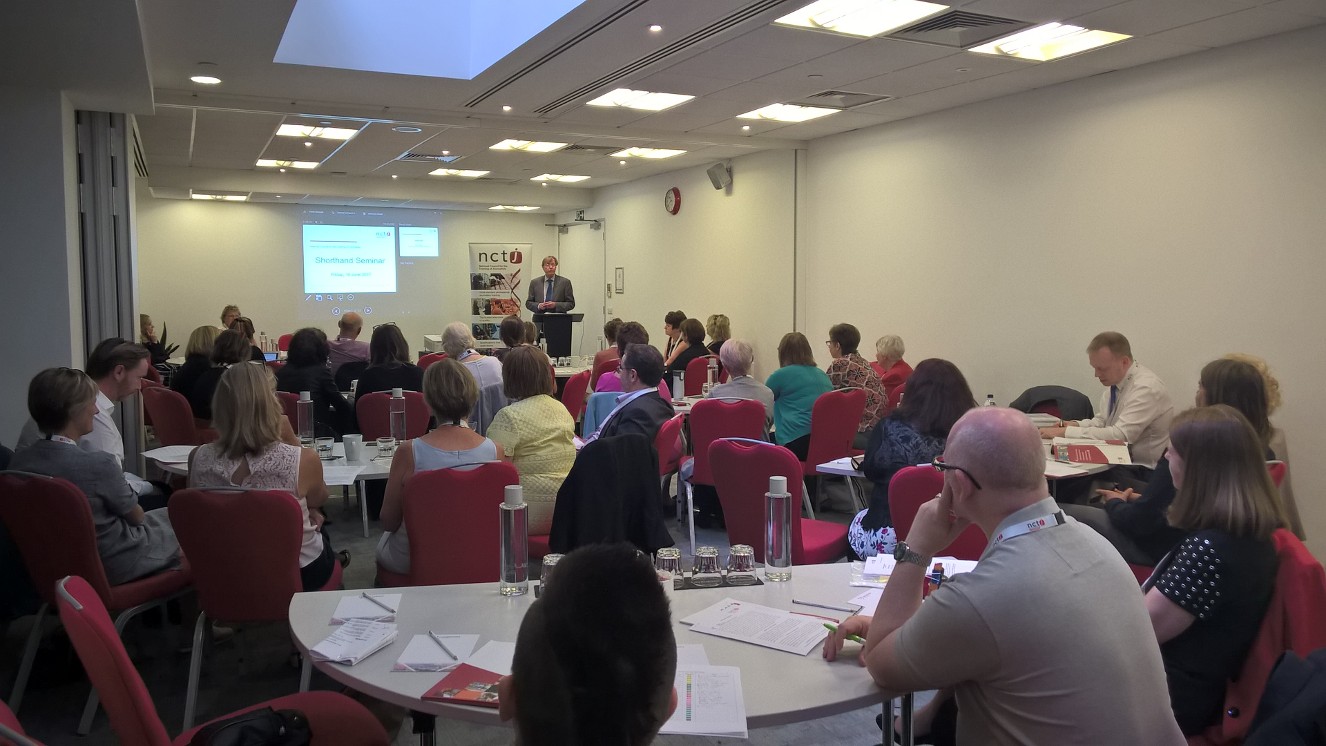 But beyond the humorous anecdotes Stephen’s message about the crucial importance of shorthand to modern journalists caught up in an era of ‘fake news’ was a serious one.

“Increasingly, since the election of President Trump, I have received complaints not taking issue with the facts in the story, but simply condemning it as ‘fake’”, he told the audience.

“A reporter with an accurate note, taken at speed, can furnish me with the necessary evidence to support that story and rebut the claim that it is fake. It becomes more difficult if that reporter has no shorthand but just a scrawled impression of a conversation.”

He finished his address with a heartfelt thank you: “Ethical, reliable reporting is vital to the health of a nation and to its democracy and it begins with an accurate record of what people say. As shorthand teachers you play a vital role in that process and we in the media salute you.”