A student from Staffordshire University’s NCTJ-accredited journalism course has been crowned top political reporter in the Student Midlands Media Awards 2015. 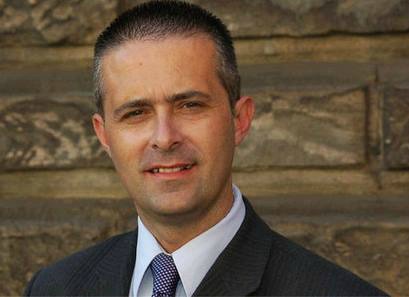 Mike Barnes, in his final year of the BA journalism course in Staffordshire, was among eight shortlisted in the politics category.

And his exclusive FOI story based on how the city council spent more than £150,000 on an empty house, wowed the judging panel.

The judges remarked: “Mike showed initiative by taking an excellent exclusive following a Freedom of Information Act and executed it well. He created a well-structured story with a strong introduction and used a good choice of quotes – fantastic work!”

Mike, who also runs a political blog in Stoke-on-Trent, said: “I was gob-smacked when I found out, but really chuffed!

“The NCTJ course and tutors have been brilliant in teaching great practical tools like FOI alongside the other core skills.

“For a mature student like me, who has returned to education after a long time away, I could not have asked for more.”

Pete Leydon, BA journalism course leader at Staffordshire University, said: “Mike has used the FOI tool exceptionally well, and has secured a number of top political stories during his course.

“They learn about FOI, its importance, and how to use it as a practising journalist in their first year.

“It often leads to great stories, but Mike has also used his excellent political contacts to obtain strong reaction and balance too.”

They were finalists in a range of categories, including sports, fashion, news, and entertainment.

Around 10 colleges and universities running journalism courses were represented at the awards night at The Studio in Birmingham on April 14.