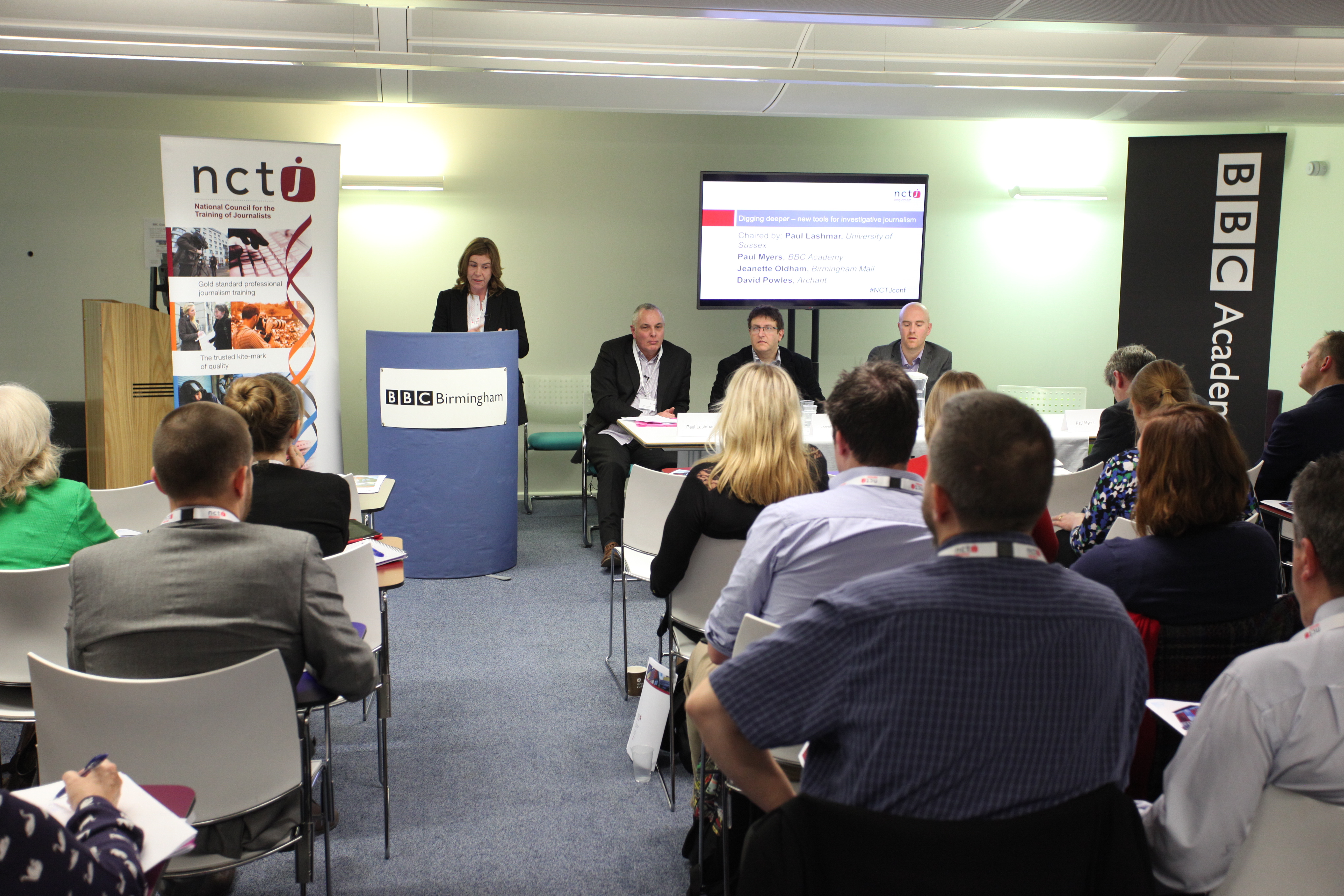 Paul made the comments in a question and answer session during a panel session on investigative journalism at the event hosted by the BBC Academy on Thursday, 26 November. He cited BBC Northern Ireland’s Spotlight programme as an example of what could be achieved through effective investigative work.

During the session, Paul Myers also discussed his favourite online tools for investigative journalism. He showed delegates how they could quickly analyse Twitter users to find common themes, use Google to find information about a person using only a picture and using Skype Grab to find an IP address.

Also on the panel were investigative editors Jeanette Oldham, of Birmingham Mail, and David Powles of Archant. The session was chaired by Paul Lashmar, senior lecturer in journalism, University of Sussex.

Jeanette advised delegates that good investigative journalism was still about contacts. She added that journalism students should learn how to analyse and understand company reports and develop the ability to “stand back and look at the bigger picture.”

“News is what somebody somewhere wants to suppress; all the rest is advertising.”

David discussed some of the investigative work he had been involved in, including a campaign by the newspaper group for the government to take action over the contaminated blood scandal. He said the example showed the power of good journalism, and how campaigning can make a real difference in readers’ lives.

David said analytics from the online version of his paper, the Eastern Daily Press, showed there was still a place for long-form investigative journalism online, with stories often appearing in the top 10 most read list.

Paul Lashmar said investigative journalism was still one of the most exciting forms of journalism and he urged tutors to instil in their students a desire to protect their sources.