The sixth edition of Essential Public Affairs for Journalists, written by James Morrison and published by Oxford University Press, has been launched. 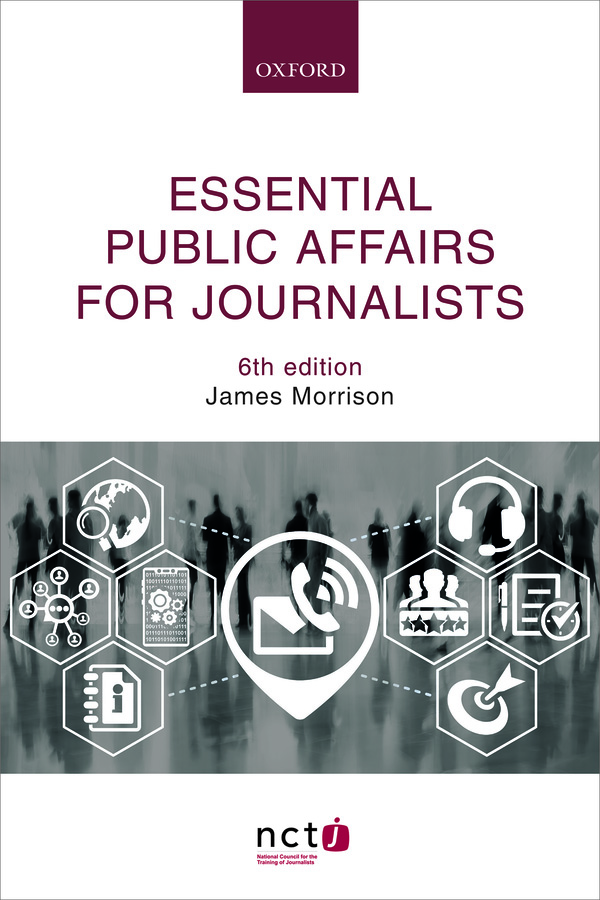 The book remains the definitive handbook for journalism students looking for a firm foundation in their understanding of central and local government.

It guides readers through the constitutional framework and the governing institutions of the United Kingdom before considering the electoral system and the principal political parties.

Updates to the latest edition include:

• Overview and analysis of the ‘Brexit’ negotiations, the ‘meaningful’ parliamentary vote on the ‘final’ deal, and the likely scenarios facing the UK as it enters the withdrawal process from the European Union.

• Updates on the outcome and impact of the 2017 ‘snap’ general election; the growing reach and power of combined authorities; and political realignments at Westminster and elsewhere, including the erosion of support for the United Kingdom Independence Party (UKIP).

• Revised topical feature ideas, current issues, and further reading lists at the end of each chapter.

Alex Crawford, special correspondent for Sky News and patron of the NCTJ said: “This was the bedrock of my journalistic knowledge from the get-go: the journalists’ bible and absolutely critical to getting it right, otherwise, my goodness, you will hear about it from the elected members and the public.

“It’s always best to know at least as much as, and preferably more, about the workings of local and central Government than those who are operating in it. This book will be an essential guide to keeping those running the operation in check – and that is what our industry needs more of.”