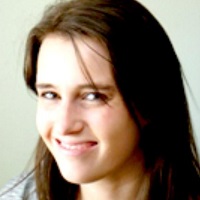 Newly-qualified senior reporter Katie Dickinson of the Westmorland Gazette has set a new record for the highest mark in the National Qualification in Journalism (NQJ) media law and practice paper, achieving 91 per cent. She was one of four NQJ candidates who won awards for exceptional performance in the March NQJ.

Katie won the Ted Bottomley award sponsored by Midland News Association. She completed her Diploma in Journalism while on the MA journalism course at the University of Salford in 2013.

The examiners said: “This was an outstanding paper. It included a near-perfect answer for question 2, plus excellent ones for questions 1 and 3.

“Katie not only showed good knowledge of law and ethics, but she also expressed it with clarity. She picked up on the problems and explained logically how best to deal with them. To drop only nine marks is exceptional. Well done.”

Katie said: “I’m delighted to pass my seniors and it was a fantastic surprise to learn that I had won the award for the best media law and practice paper. I’d like to thank my news editor and content editor at the Westmorland Gazette, Mike Addison and Andrew Thomas, for all their help and support over the past 18 months.”

Jonathan Robinson of the North West Evening Mail received the Newsquest award for his logbook. He 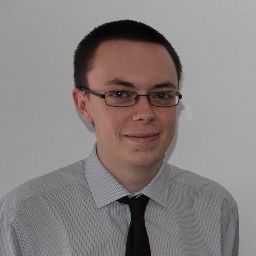 completed his NCTJ diploma as part of the accredited BA journalism course at the University of Sheffield in 2013.

The examiners said: “This was an excellent logbook and a great example of the standards we expect to see from candidates. The most pleasing aspect of Jonathan’s submission is that he delivered some of the basic key tasks very well. Tasks such as family events, writing to pictures and numeracy were delivered in a strikingly clear but engaging way and we have no hesitation in naming this entry as our award winner.”

Jonathan said: “I was absolutely delighted to have passed my NQJ but was completely overwhelmed when I found out my portfolio was judged to have been the best in the country. I thoroughly enjoy feature writing and delving into social issues deeper so I’m pleased the markers recognised my enthusiasm for this.

“I must thank the whole team at the North-West Evening Mail for their support during my first 18 months.” 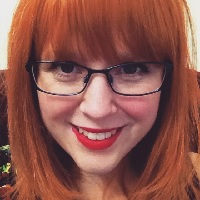 Charlotte Austen-Hardy of the Chelmsford Weekly News won the Society of Editors’ award for her news interview.

She was commended by the examiners, who said: “Charlotte was a worthy winner. Her interview copy told the story in a straightforward, easy to follow manner with good chronology. She captured the drama very well. Her use of quotes was excellent.”

Charlotte, who completed her Diploma in Journalism on the accredited MA at Kingston University in 2013, said: “I was so worried about the exam results that when I opened the letter saying that I’d passed I burst into tears!

“I really can’t believe that I’ve won a prize as well, I was so nervous before the interview exam that I was convinced I’d failed it.

She added: “My work colleagues have been amazing from the moment I joined Newsquest so I’d really like to express my thanks to all of them for their help, advice and support.” 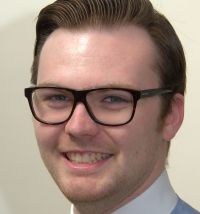 2013 and now works at the East Anglian Daily Times won the Esso award for his performance in the news report.

The examiners said: “Edmund produced a story containing all the key content, written in a logical and very readable fashion, underpinned by some excellent ideas in part B. Overall, he demonstrates a high level of news sense.”

Edmund said: “I was delighted to first find out I had passed all the exams and even more so to find out about the award.

“I didn’t know there was anything like this attached to the exams so it was certainly a surprise to be told I had won.

“I felt I had performed quite well in the news report but I never expected to get additional recognition for it.

“It’s great to have taken the next step in my career by passing the NQJ and even more so to have done it first time round.”