In her role as patron, Alex Crawford, special correspondent for Sky News, will write a bi-monthly blog post for the NCTJ. Here is February’s instalment:

The Islamic State is apparently at an end. Now you’d be a fool to think the terror group which attracted so much support a few years ago and managed to persuade thousands to up and leave their homes, IS actually finished. 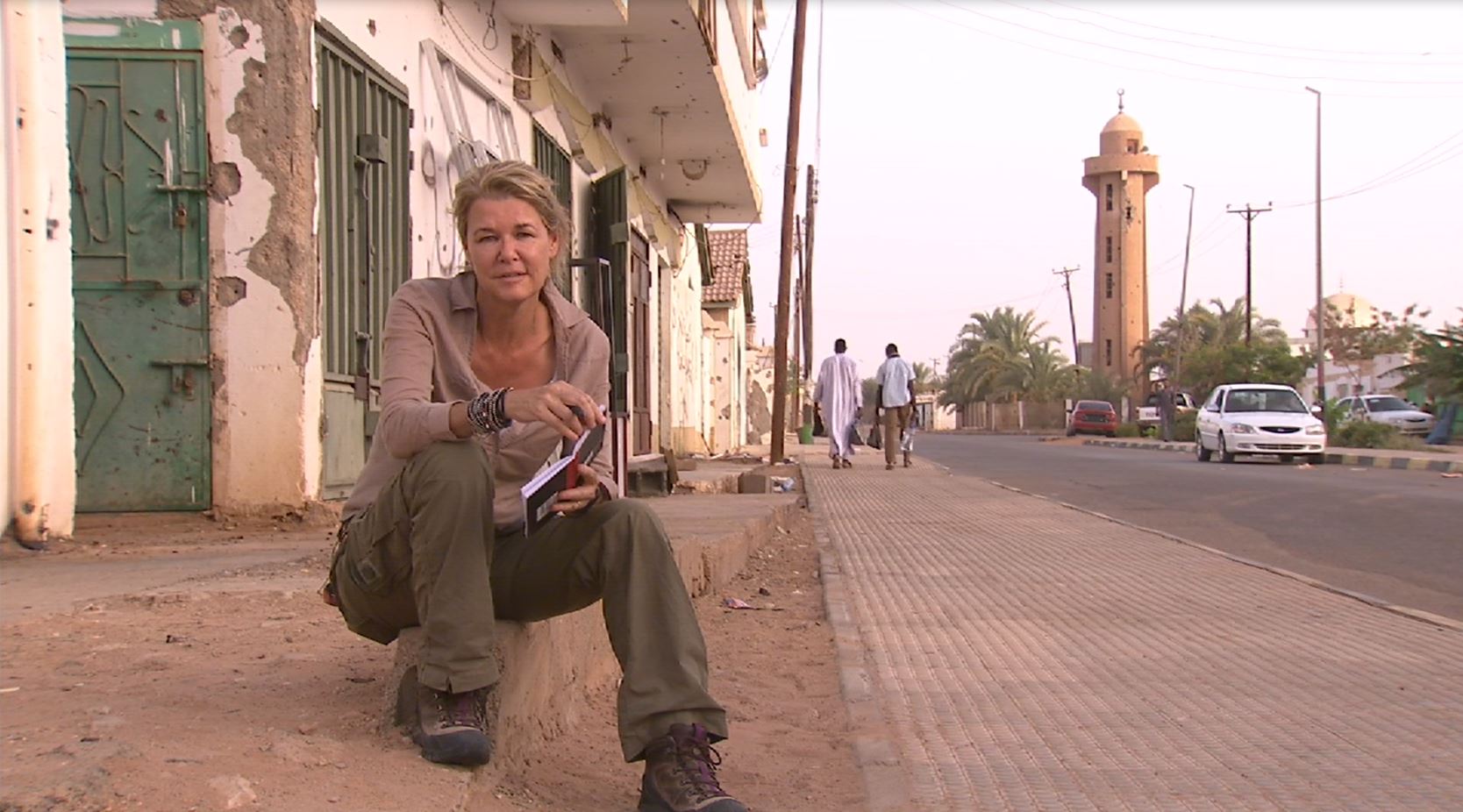 The extremists may have been defeated on the battlefield and the Caliphate militarily dismantled – but over? I very much doubt it.

The ideology lives on and it will re-emerge. Which means OUR job investigating the outfit in all its different forms, as journalists remains vital.

Right now, the US-led coalition in Syria is busily arresting thousands who’ve lived in the Caliphate; who’ve fought for the militants or who are related to them – women AND children. And that means there is the chance to talk to some of them.

Getting access to those who’ve signed up to terror groups; been an integral part of them or even just an innocent observer offers a rich seam of information which can give a massive insight into how the group operates and what is its allure.

Myself and my team have just spent the past two weeks combing the north-east of Syria, trying to track down IS suspects and prisoners and talk to the women and girls who ran away from their homes – some of them European – to live in the Caliphate.

To me, it’s fascinating. And it didn’t disappoint.

We slept on floors for two weeks, travelled a phenomenal amount of kilometres, went through countless checkpoints and drank seemingly endless cups of tea to try to get access to areas normally off-bounds to reporters.

Some were easier than others because of excellent contacts made available to me due to a key influential friend from the area. So, doors opened.

The Sky News team was given access to two British IS suspects, both medics and one Irish passport holder: men who the Coalition believe may have been fighters. They all fervently denied it.

They are being kept in a Coalition prison with no access to the outside world in an unstable region with territory constantly shifting. They fear being traded and handed to the Syrian president where they’ll almost certainly face death – if they’re lucky – prolonged torture then death, if not.

They saw us as a way of appealing to their homeland and the British and Irish people and Governments to get them out of there. Whatever their reasons, shouldn’t we, as journalists talk to them?

I believe it’s a no-brainer but if you look at my Twitter feed or glance at the Sky News twitter and online response, there are far too many folk out there who think otherwise – and believe we are part of the problem, giving air-time to people who do not deserve it.

‘Leave them there – and leave the reporter too!’ said one. ‘Why do you even give these people the time of day?’ said another, ‘Why not talk to the victims that are left behind?’ said another.

Of course we do that too – but surely it’s worth investigating how anyone gets lured out to a far-away country where they know no-one, to enter a war zone they know little about?

We spoke to teenagers and young women as well – two of them French – who’d left their comfortable homes in a developed part of the world and ended up marrying IS fighters. One was only 15 when she left France having been groomed on the internet one week earlier. Astonishing stuff.

She admitted she’d married in Syria because unless she did she would remain inside, unable to move around outside without a male chaperone who was related to her. ‘I didn’t see the sky for six months,’ she told us. That’s how it worked in the Caliphate which bound everyone in it, to its strict interpretation of Islam.

The second young woman admitted she had some regrets but also felt the whole experience had strengthened her. She’d had two children and three husbands within four years. I wonder if more girls and women had known about the restrictions, the horrors, the fear and the bombings beforehand, would they still have gone?

I found myself having to work hard to stop my jaw dropping at some of the things the girls were saying to us. But my jaw hit the ground at the response their interviews got online. It was unabated vitriol with many wishing the young women untold evil and no-one sympathetic to their wishes to return home.

One woman wrote: ‘Absolutely zero sympathy for them. Where would they be if it wasn’t collapsing….helping their husbands kill innocent people that’s where….why the media is giving them the time of day I’ll never know.’

Another wrote:’ Bullet. Head.’ And another: ’She needs to be sent for trial in Syria for war crimes and hanged.’ Another: ’What I want to say here in reply to Crawford will get me suspended from twitter.’ And…’ Utterly worrying that news companies are trying to make them seem like the victims in all of this….’

Should this stop us as journalists interviewing these people? I absolutely believe not.

In fact, I’d say to young journalists hoping to be foreign correspondents, go, seek, be brave and most of all, don’t give up. Most of all, do not give up. It’s a lesson I forgot for one small moment out there in north-east Syria and I’m still kicking myself hard.

After crossing the border, our team headed to Al Hawl camp. We figured it was the closest camp to the frontline and we knew the Coalition was taking all those who were fleeing the last IS pocket to that particular camp.

We sat in the detention camp reception area on a day when it was sheeting it down with rain and freezing cold. ‘Are there any British women here,’ we asked over and over again. ‘No,’ was the reply.

We asked them to check and waited as they sifted through the hundreds on their list. No, again. No British. They told us to come back in two days’ time.

I weighed it up. We had a long way to travel to another camp where I KNEW there were British plus I wanted to see the final IS pocket ‘frontline’ and check out what was happening there – and then there were the male IS suspects. I’d been promised access to some British prisoners.

There was a lot to do and I only had so many days to do it in. We set off and never returned.

A week after we left Syria, the extremely good and it turns out, much more patient Anthony Loyd from The Times sat in the same room, for three hours longer than I did – and spoke to 19-year-old Shamima Begum – the schoolgirl from Bethnal Green who’d run away to join the Caliphate four years earlier, was now heavily pregnant and had an astonishing tale to tell of her time with the Islamic State.

Do not, fellow journalists, ever, ever give up.