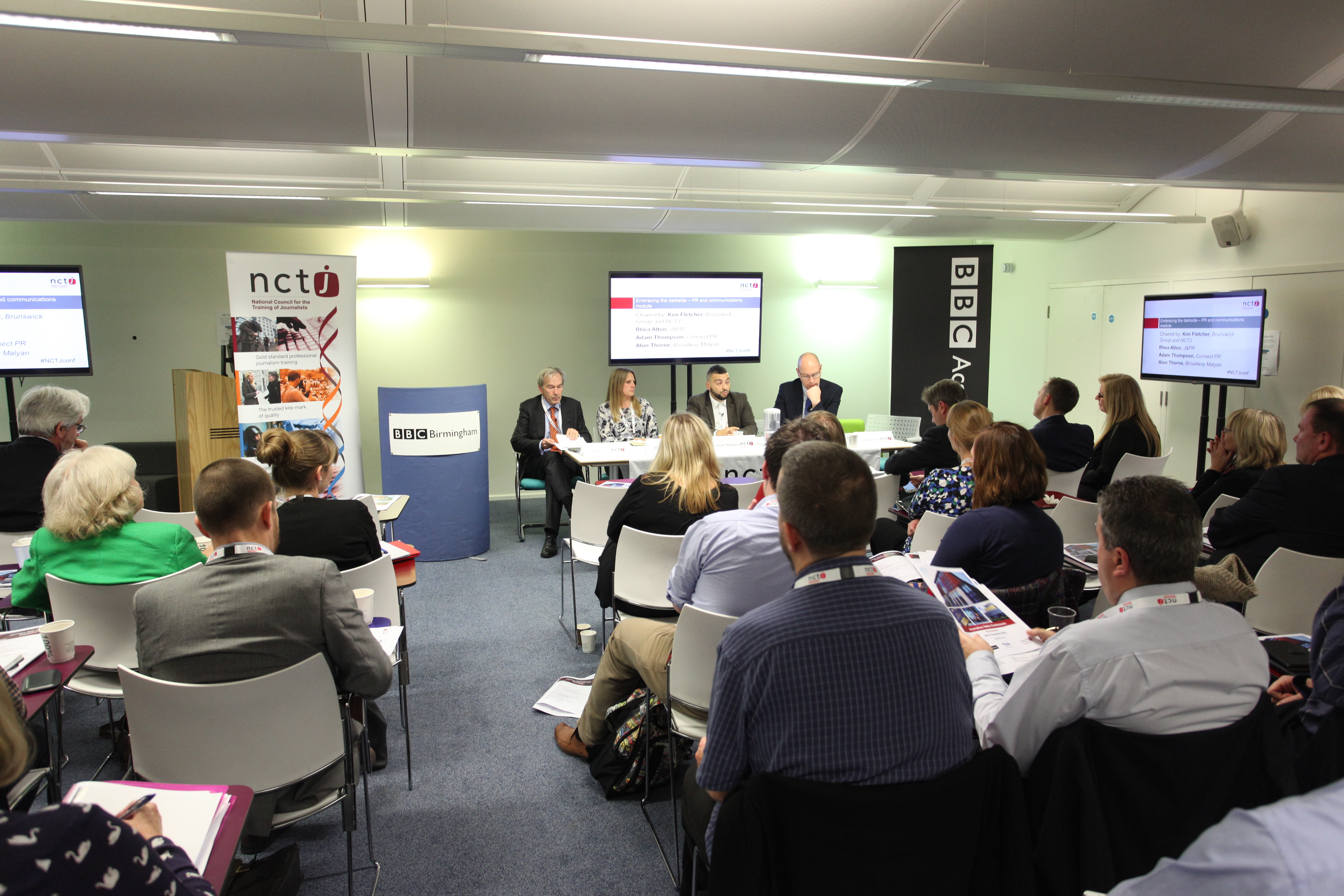 Journalists should be taught the skills of PR and communications as part of their training course, a reporter who left newspapers to join a public relations firm told the NCTJ Journalism Skills Conference.

Adam Thompson, who now works for Connect PR, told delegates he used to love hounding press officers when he was a reporter with the Express & Star. But he was aware of the skills both careers shared:

“We deal with each other every day – and we are a lot more similar than you think.”

The conference was debating the NCTJ’s plans to introduce an optional module in PR and communications into the diploma qualification which prepares students for their first job in the industry.

Rob Bailey, who lectures at the Centre for Journalism at the University of Kent, asked whether the ethical standards required across the diploma were at odds with learning the skills of PR. “It sounds like the National Council for the Training of Churnalists to me,” he said.

Alun Thorne, a former editor of the Coventry Telegraph who left for a PR job two years ago, insisted there were key transferable skills between the two.

“I have never lied for a client,” he said. “I have spun like hell, but I have never lied.” The two jobs were not the same, but it made sense for a journalism training course to include the opportunity to understand the PR industry.

Rhea Alton, who runs a PR company based in Shrewsbury, said she would not hire someone who did not have journalism training. She worked to prepare her clients for the questioning they would face from journalists: “We tell them honesty is the best policy.”

Kim Fletcher, chairman of the NCTJ, underlined that the new module would not be mandatory for students on accredited courses. As a former Fleet Street executive now working in PR, he reflected on the different perspectives of the two industries.

“I am surprised that the press don’t ask tougher questions,” he conceded. “And I’m disappointed by that.”