One of Scotland’s oldest journalism prizes is being given a new lease of life. 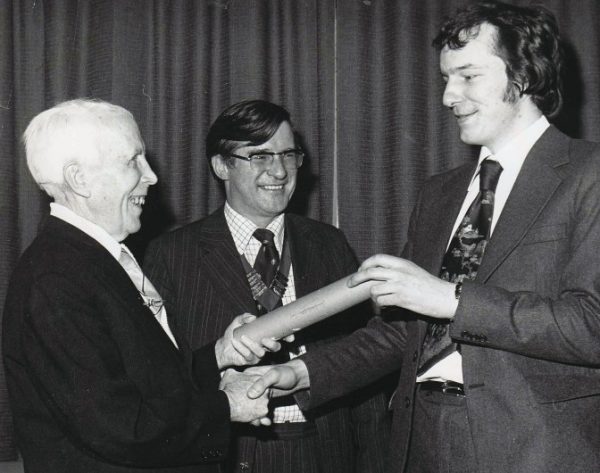 The TS Murray Award, established in Fife nearly half a century ago, is to be reinvigorated by the industry’s national training body having been handed over by the last trustees.

The award, whose past winners include journalist and presenter Sally Magnusson, was launched in the spring of 1977 with a £500 donation from the former editor of the Hamilton Advertiser, Tom Murray.

The first award of £25 was presented in February 1978 to East Fife Mail trainee reporter Colin Simpson with Mr Murray announcing that he was donating another £500 to “ensure the continuance of the award for the foreseeable future”.

The aim was to provide an incentive for Scottish trainees to “apply themselves with much diligence” to their national exams.

The award was run under the auspices of the then Guild of Editors (Scotland) with the winner decided by the National Council for the Training of Journalists.

While the value of the award grew, recent years saw dramatic changes in the newspaper industry and radical diversification in the roles and skills of the modern journalist.

The Scottish editors’ guild also evolved into a regional branch of the national Society of Editors, folding in 2017.

Given those changes, former members of the editors’ organisation and the final two trustees, William Livingston (Dunfermline Press) and Jerzy Morkis (East Fife Mail) agreed the award fund, now standing at over £1500, should be handed over to the NCTJ.

Mr Morkis, who actually studied shorthand under Mr Murray at his retirement home in Methil, Fife, said the award being entrusted to the NCTJ completed a circle.

“The award was launched by Mr Murray and my predecessor at the East Fife Mail, Ian Paterson, and the first recipient was on the Mail’s staff,” he explained.

“The aim was to bolster journalism training in Scotland and throughout the decades the NCTJ has been at the forefront of shaping and delivering that.

“These are challenging, but exciting, times in news gathering and I know the NCTJ will use this award to further motivate the next generation in all fields of journalism.”

Chief executive Joanne Butcher promised the NCTJ would “uphold the values and aims of the T S Murray award for future journalists in Scotland.”

She said: “We are flattered the trustees of the TS Murray Award are assigning the funds to the NCTJ.

“We will ensure they are used to reward and recognise high standards of journalism and training for professional journalists in Scotland.

“With such a fertile ground for new journalism talent and a rich heritage of journalistic endeavour, we look forward to working with our partners in Scotland to continue to highlight the brilliant work of journalists who operate at the grass roots and make a difference in their communities.”