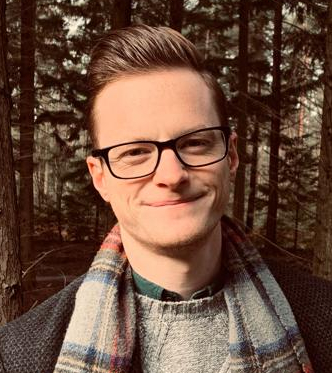 Why did you want to be a journalist?

It came from a desire to hopefully do some good. I would constantly see things happening around me and think ‘more people need to know about this.’ Journalism felt like a perfect marriage of getting to tell important stories with the creativity that comes with building a story from scratch.

What was your favourite thing about being a community reporter?

Speaking to people in under-reported communities was by far the most rewarding aspect of the scheme. To my employer’s credit they gave me plenty of space and time to actually meet people, to get to know them and understand the struggles and challenges of their everyday lives. It meant stories about social deprivation, for example, were more in depth because I had been allowed the time to develop them and do those people justice.

What was the most unexcepted thing about the role?

What was most unexpected was how many communities surround us that we simply do not think about. There are people from all walks of life crying out for their voices to be heard – all they want is to be listened to and understood. Just a few months after starting the role I would get calls from contacts daily about things happening in the community. The power of ‘boots-on-the-ground’ journalism was startling, and proof we can’t just do our job sat in front of a screen.

How did the pandemic effect how you communicated with your community?

When Covid hit out of necessity a lot of face-to-face meets ended up being over the phone or on video calls. Wherever possible I pushed people to agree to Zoom calls – not least because it meant the site would have decent multimedia for each story, but it also helped maintain that level of eye contact which would otherwise be lost on a traditional call.

How was your NCTJ training valuable?

Getting to speak with other CNP reporters from newsrooms across the country was invaluable. It gave us the opportunity to share best practices, air frustrations and celebrate each other’s wins. Sometimes when you start a new role it’s difficult to step back and look at all the great things you have achieved, so chatting with others helped us all to do that.

What are you doing now?

I’m now a features writer and head of social media development at KentOnline. I’m still doing stories with communities I worked with in my previous role, but I’m taking every opportunity to build engaging multimedia features wherever possible. I am also leading some strategies that will grow our audiences on social, which involves working with our commercial team and coming up with fresh content ideas.

What advice would you give to an aspiring journalist thinking of applying for a community reporter role?

Look at your local community and think about the stories you see that are not being told, and how you would tell them to your audience in a compelling way. If you get excited about that prospect – and you have more ideas than you know what to do with – then you’ll most definitely do amazing things as a community news reporter.