Natasha Meek is a digital journalist at The Press in York. She formerly worked as a community news reporter at Bradford Telegraph & Argus. Here, she shares her experience: 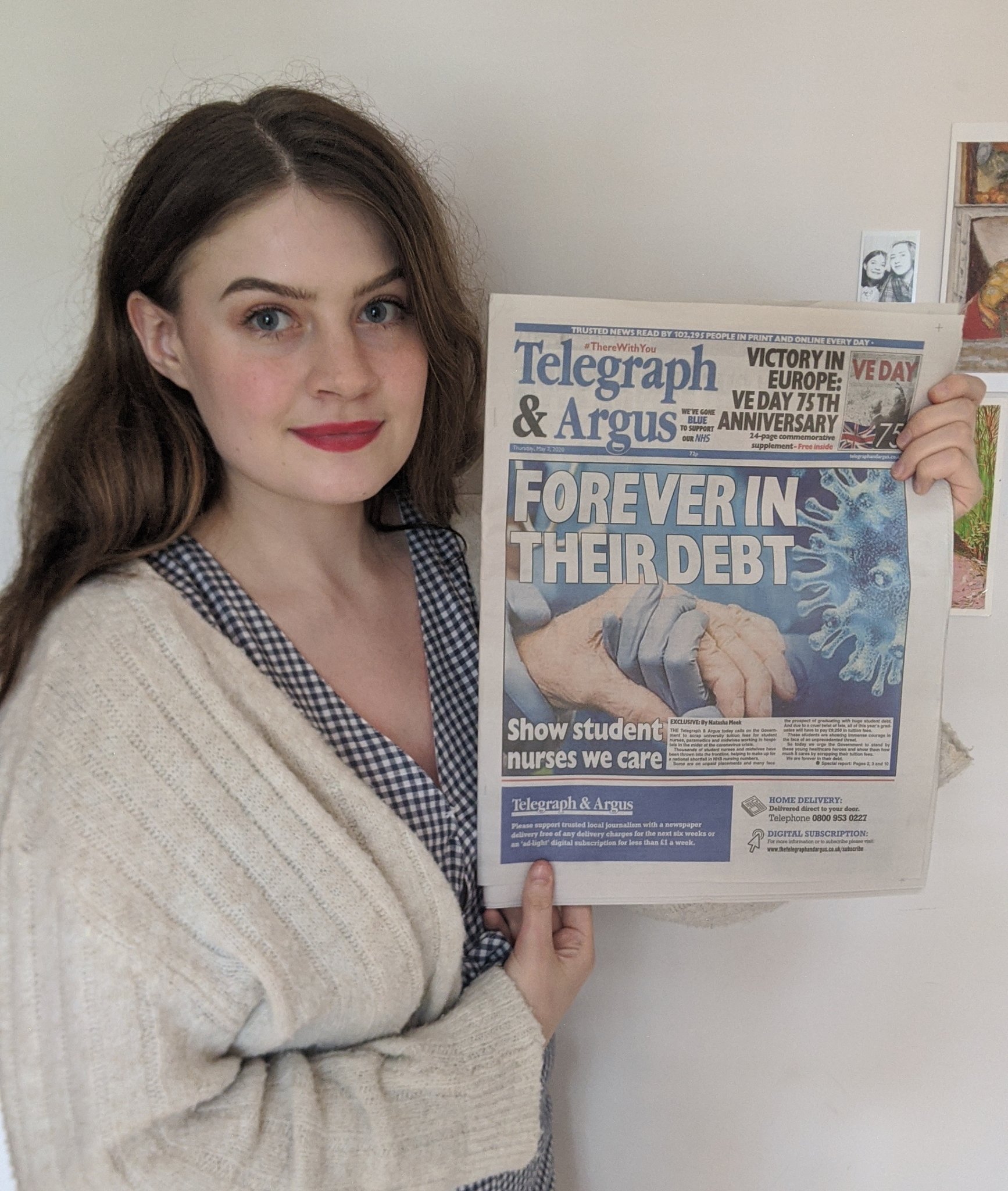 It says so much about the pioneering Facebook Community News Project that I write this piece high on emotion with a sense of loss. For me, being a community reporter at the Bradford Telegraph & Argus has been one of the highlights of my career.

From fighting for unpaid student nurses in the pandemic to sitting down for virtual Iftaar with community leaders of all faiths, the role is an ode to traditional patch journalism that allows journalists to not only report on their city or town but become a part of it.

I helped tell the stories of LGBT+ refugees finding their new ‘family’ in Bradford, a Sudanese woman delivering food parcels to the most hard to reach communities during COVID-19 and experienced the privilege of meeting West Yorkshire’s Hindu leaders and priests courtesy of leading pharmacist Dr Mahendra Patel.

What mattered most of all to me was that my journalism made a difference – from being known in some circles as ‘the BD8 girl’, a mental health practitioner telling me that my article had saved young lives to sharing stories of Bradfordians aged 1-100 about their life in the pandemic.

Being a community reporter was more than just a job to me, you become a part of the city’s hustle and bustle with your contacts reaching every street corner of the patch. If I didn’t know a person, I knew someone (or several people) who did.

By the time coronavirus took hold of our lives and left Bradford damaged not only by grief but loneliness, food poverty, youth unemployment and mental struggles, the role became more important than ever.

The closed down gyms and community spaces meant many teenagers were vulnerable to gang crime or drug taking and dire levels of poverty left many feeling isolated and stuck.

I believe my role as a Facebook community reporter allowed me to actively make sure every voice was heard and cover previously undocumented topics through the level of trust I had gradually built with my contacts. This trust helped me write and source better stories but, most importantly, it reminded Bradfordians that the Telegraph & Argus and its team of fantastic reporters continues to stand alongside them after more than 100 years.

I started in May 2019 after a whirlwind apprenticeship at JPIMedia with dreams of being a trainee reporter and left in March 2021 as a stronger journalist with wonderful memories.

I would urge anyone passionate about empowering communities to apply for a role as a Facebook community reporter – it will be one of the best things you ever do.