I have spent the last two years as an apprentice journalist at Sky Sports News and upon completion of the course I was handed a full-time job at the company. I am now a multi-platform producer, which entails producing video and written content for digital platforms, as well as creating news bulletins for various clients around the world, including Sky News. 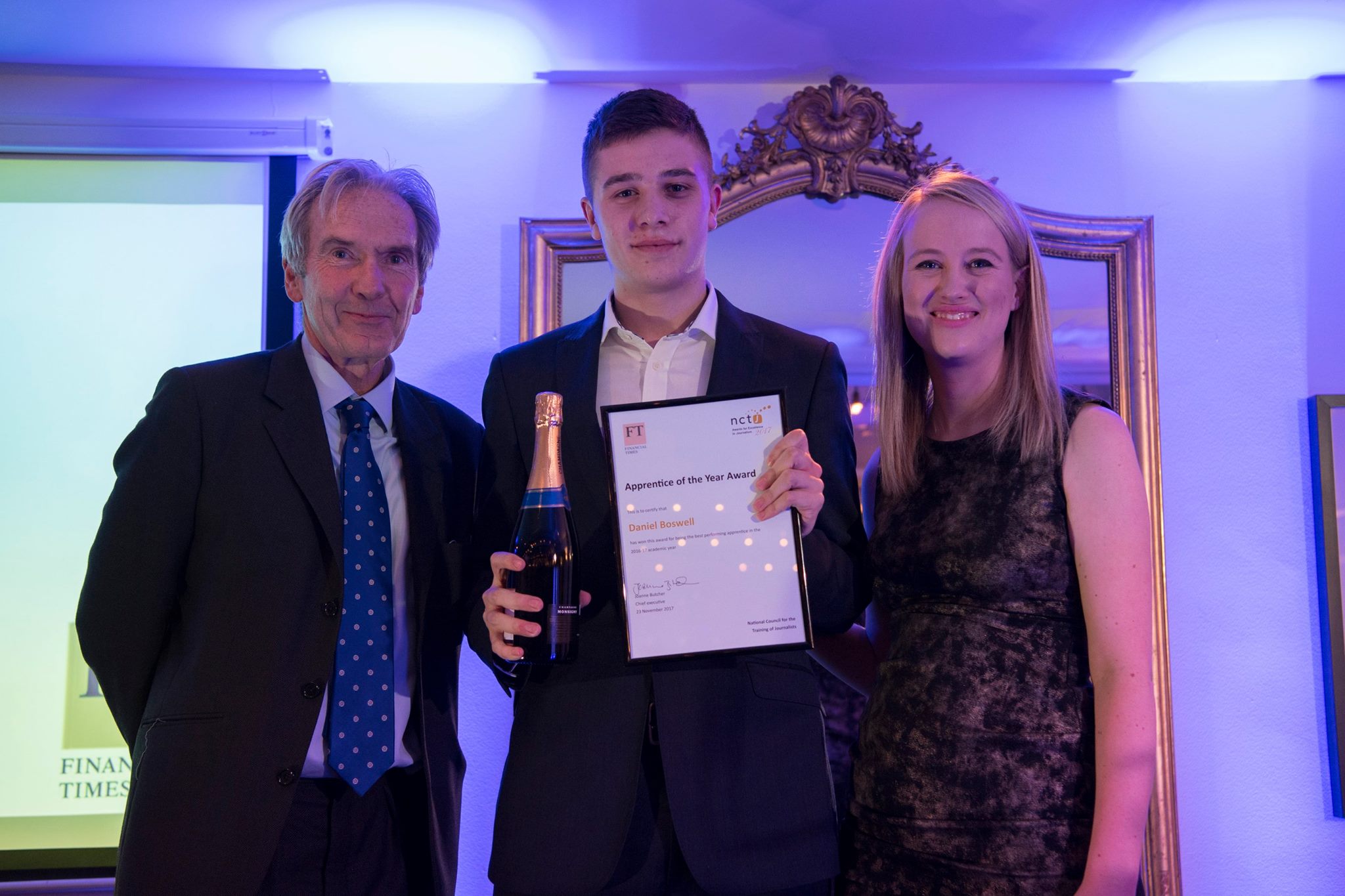 When I arrived at Sky I was fresh out of sixth-form college, having just completed my A-Levels, and was filled with anxiety about making the transition into working life and meeting the expectations that come with it. However, after a shy start, I have been able to grow into my new environment – with a lot of support from my colleagues – and become a valued member of the team.

During the scheme, I rotated around the key areas of Sky Sports News – working in planning, digital, social media, production and news gathering teams. Meanwhile, I studied at UCFB Wembley to secure a gold-standard Diploma in Journalism and a distinction in my apprenticeship qualification.

In terms of learning, my course was unique as I was being taught skills in the calm of a classroom one week and then applying them at work the next. I had previously struggled to remain focused at school – finding little motivation to revise topics, only to forget them after the exam. However, my whole attitude transformed under this new format because everything being covered was enhancing the skills I would be using throughout my career.

A highlight of mine during the apprenticeship was seeing my work on the Sky platforms – it was a novelty that did not wear off for quite a while. Whether it was putting together an article for online, or cutting video and writing scripts for the channel – it was so rewarding to see my own ideas and creativity out there for others to consume.

Within three months, I had gone from enjoying my summer holidays after finishing school to working on a television production team for Sky Sports News, it was a little unbelievable to me.

At the same time, being handed these opportunities also brought a lot of stress. Primarily, I struggled to cope with the pressure, as I was working to extremely tight deadlines in a demanding, live environment. However, after recovering from the shock-factor of being exposed to the fast-paced nature of 24 hour news, and countless mistakes, I got my bearings.

Due to the busy nature of our work, it is not easy to find the time to reflect upon what we have achieved, but looking back it is frightening to think about the monumental strides I have made since arriving at Sky. I can now write news articles for digital platforms and produce television, all at the age of 20. It has been the most draining, but also rewarding experience of my entire life and I would recommend it to anyone with a keen passion for sports journalism.

Laurie Tucker, head of training at Sky Sports News shared his experience of working with Zinny:

Zinny Boswell is a great advertisement for apprenticeships.

The shy 18-old-year school-leaver who first tip-toed into our news room in 2015 has been replaced by a confident, enthusiastic and fully-qualified journalist, now making big strides in his career.

Appointing apprentices is based on potential, more attitude than aptitude. Applicants usually don’t have extensive work experience or a bulging contacts book. You’re also guessing a little as to whether they’ll adjust to the intense and sometimes intimidating atmosphere of a newsroom packed with scores of experienced journalists. Will a youngster fit in or be too overawed by the environment and retreat further into his or her shell?

Our apprenticeship scheme runs with the classroom learning done in one block at the start, on an NCTJ fast-track course over 22 weeks (rather than day-release), so we didn’t see much of Zinny in the newsroom to begin with. This helped his transition from student to journalist. When he started full time with his exams, including shorthand, all passed and behind him, he was much better prepared for what lay ahead.

Zinny took a little time to find his feet working five days a week for the first time in his life. The first nine months away from the classroom were spent working in different areas of the newsroom to get a thorough understanding of how these departments mesh together to deliver sports news. For the second year of his apprenticeship Zinny made our multi-platform team his home and really began to flourish.

His line managers are happy to assign him to some of the biggest stories we cover, stories where speed and accuracy are vital and Zinny delivers every time. His writing is excellent, his news sense impeccable and his attitude to work faultless. He’s alongside colleagues more than twice his age and vastly more experienced yet he’s more than holding his own.

He’s also developed as a person and despite such success so early in his career he remains down to earth, well rounded and great company.

The only issue? He’s blazing such a trail that newer apprentices coming through our pipeline have a hard act to follow.