Yusaf Akbar, apprentice with BBC News and City of Wolverhampton College, shares his story below: 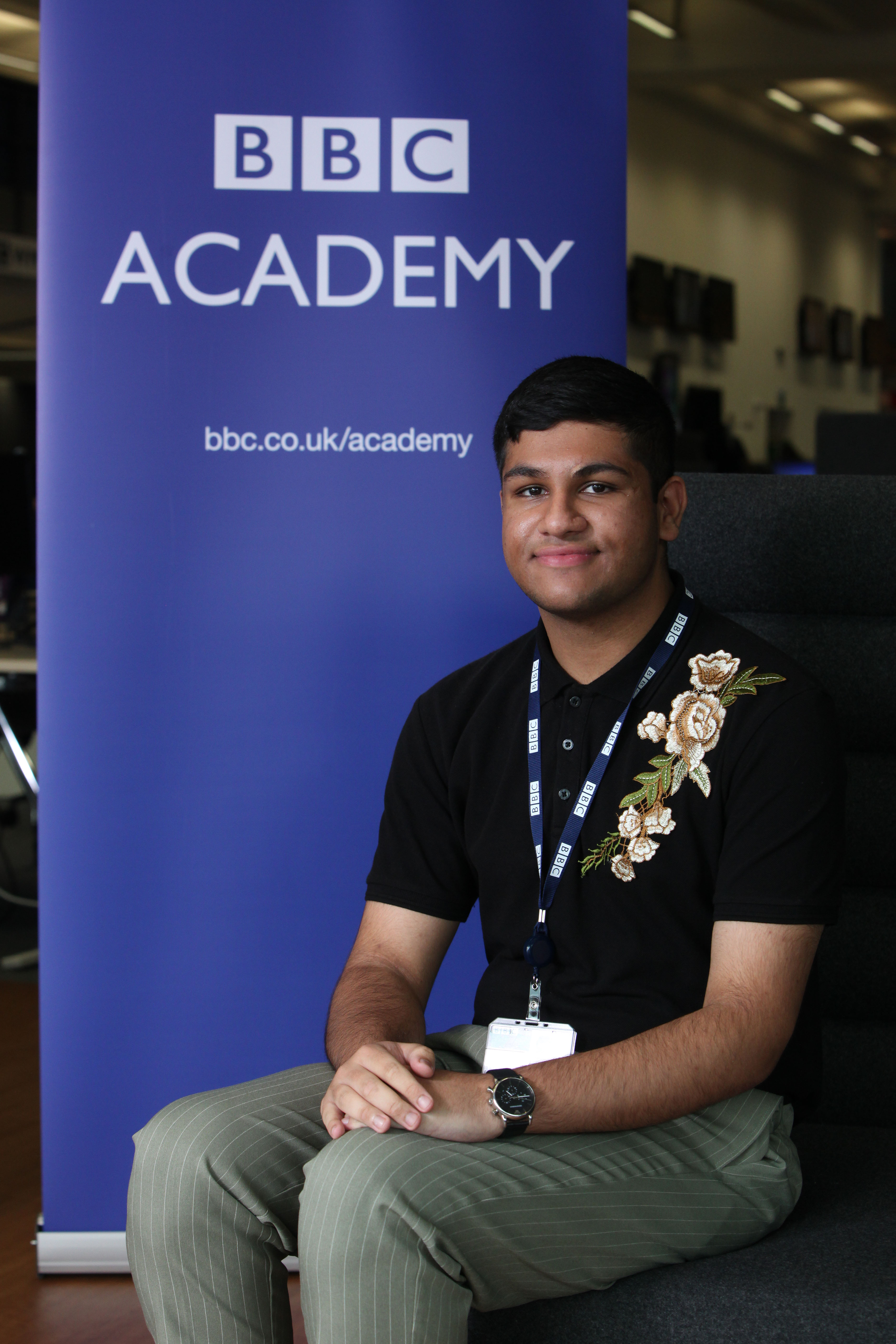 Whilst at college I made the decision I wasn’t going to apply to university like my fellow peers as it didn’t seem like the right option for me. I’ve always been interested in filmmaking and the media and my sister told me about the BBC Digital Journalism Apprenticeship scheme she saw online. It seemed like a great opportunity so I applied and manged to get on the scheme and it has definitely been an amazing experience.

Over the last year and a half, I have been based at the BBC in Birmingham making videos for the BBC News website and social media channels. My videos regularly get promoted on the front page of the website. I have made videos that have had more than half a million views and some of my films have been aired on BBC television.

I also appeared on BBC Midlands Today, the regional news television programme for the West Midlands, where I reported on a story I had produced and filmed. It was a really nerve wracking experience but I really enjoyed the opportunity.

As part of my apprenticeship, I have had placements across radio, television and online and this has been invaluable in order to gain skills in producing content across all platforms.

Whilst working at the BBC, I have been studying at the City of Wolverhampton College for my NCTJ diploma. At times it has been stressful balancing exams and studies alongside on-the-job training, but it has been worth it. For example, learning about media law for the first time has been really interesting. Being able to put into practice everything I learn in the classroom when I’m working in the newsroom has been great.

I was shortlisted in the Apprentice of the Year category at the NCTJ Awards for Excellence. I was really surprised I even got shortlisted and it was incredible to attend the ceremony and meet other journalists training for the NCTJ as well. I won The Archant award for video journalism as part of the NCTJ Diploma in Journalism awards. I was really shocked to hear that I had achieved the highest marks in the video journalism module, but it’s great to see the NCTJ recognising the hard work all the candidates for the qualification put in.

I started my apprenticeship when I was 18 and entered a busy newsroom straight from college.

But working with such a talented team of journalists, with so much experience, has been really inspiring for me. I have learnt so much and had an excellent standard of training from the NCTJ and the BBC.