National Apprenticeship Week is taking place between the 3rd and 9th of February, and the NCTJ is proud to support the campaign. Throughtout the week, we will be sharing first-hand accounts from current and former apprentices and employers to demonstrate the benefits of journalism apprenticeships.

Local democracy reporter Jessica Frank-Keyes completed her apprenticeship at the Eastern Daily Press and won an NQJ award in 2019 for her performance in the media law exam. She shares her story below:

I took part in a journalism apprenticeship as part of my training with the Eastern Daily Press in 2018-19. 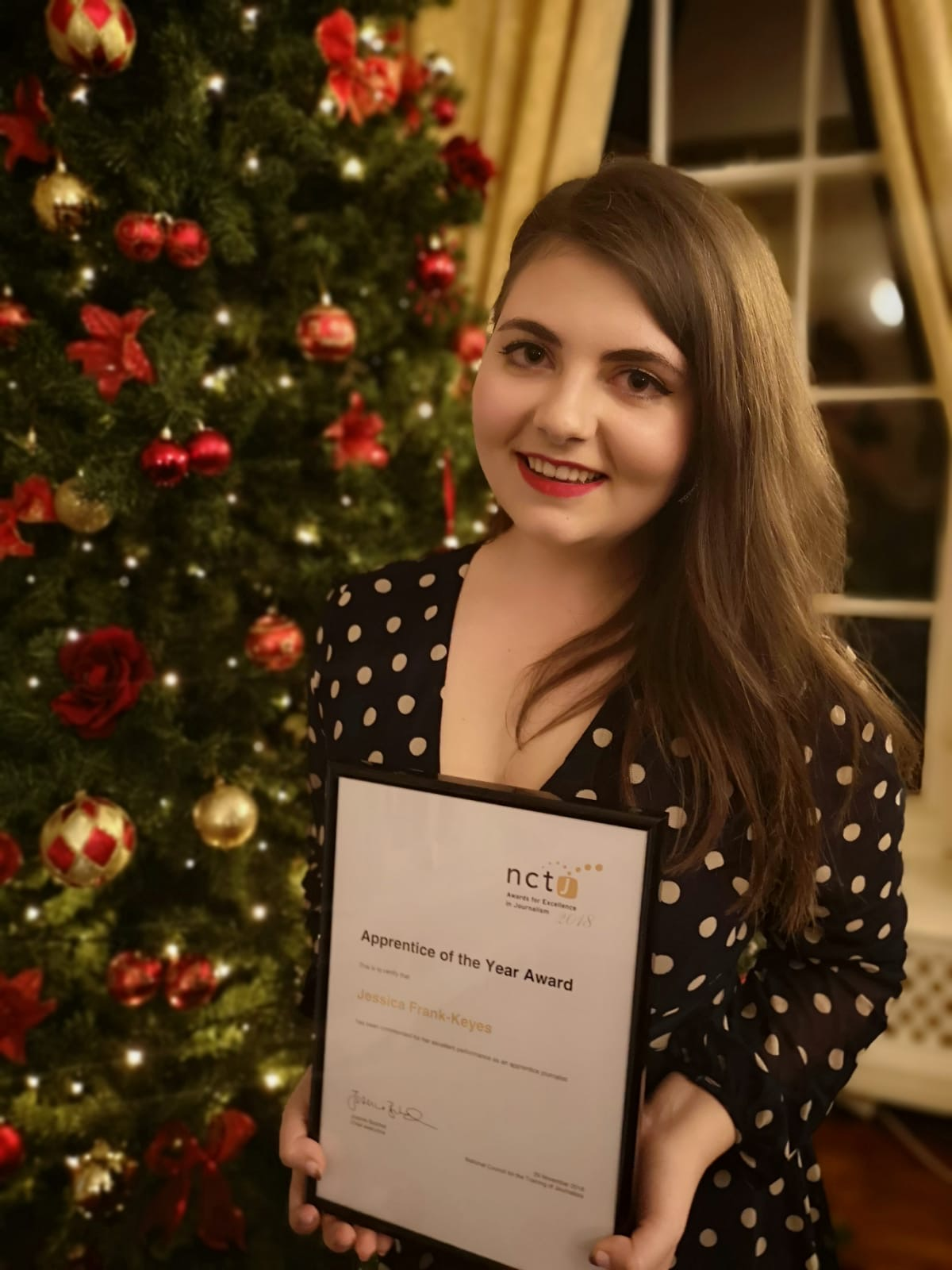 The first part of the course involved completing my NCTJ diploma at PA Training, which meant spending four months in London at PA’s headquarters getting to grips with everything from media law and court reporting, to how local government works and how to cover council meetings.

The course also included training on how to shoot and edit video, and we spent three days out filming and interviewing people, and putting together news packages – which was great practical experience.

The hardest part of the course was definitely shorthand. It started out as pages of completely unreadable symbols and slowly, after hours and hours of practice, becomes something you can’t imagine not knowing how to do.

You end up spending a lot of time arguing over the best type of pen to use (anything that’s not biro) and repeating the same passages over and over again, but it’s worth all the effort – I couldn’t do my job now without it.

After the course finished, the rest of the apprenticeship fitted around my job at the EDP. I worked in one of our district offices, in north Norfolk, reporting on everything from a break-in at a hairdressers and the town’s annual crab catching championships, to stories about young people let down by mental health services.

The final part of the course is a project which sees you choose one of your stories and explain in detail every step of how you went about reporting it – from the initial idea to the final publication.

It was a lot of work to pull all of the evidence together, but it really made me think about the choices I’d made and how I could have done things differently.

After completing the apprenticeship, I took my NCTJ senior exams and now work as the local democracy reporter for Norfolk. It was a great opportunity to learn more about journalism and I’m still using all the skills I gained today.