National Apprenticeship Week is taking place between 8-14 February, and the NCTJ is proud to support the campaign. Throughtout the week, we will be sharing first-hand accounts from current and former apprentices and employers to demonstrate the benefits of journalism apprenticeships.

Anna Colivicchi is an apprentice journalist at the Lancashire Post. She shares her story below: 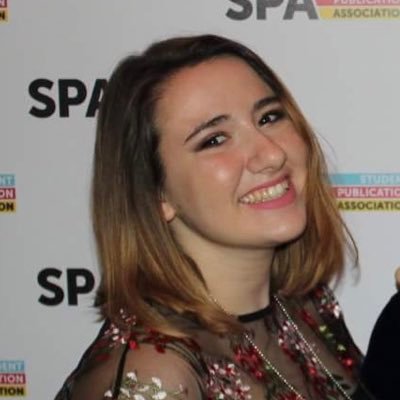 I applied for my apprenticeship with JPI Media from my room in a shared flat in Brussels, my hands slightly shaking as I clicked send. It was almost two years ago, and I was working as a communications assistant for a non-for-profit organisation in the Belgian capital.

Up until that point, I had never considered I could actually become a journalist. Because of my job in Brussels, I had to constantly be on top of the news and liaise with journalists on a daily basis. I wrote a lot, and read newspapers and magazines, but journalism looked like an impossible field to get into without the right connections.

Even if I had been a deputy editor of the student newspaper when I was at university, I had always dismissed the idea of applying for a reporter job. As it turned out, that decision to hit send completely changed my life.

Doing an apprenticeship gave me the opportunity to get into a field I admired, and provided me with crucial skills to succeed as a journalist. My first day at the Lancashire Post, back in August 2019, was really hectic: I had never been in a newsroom before, but my new colleagues were friendly and keen to help.

It was reassuring to also have a partner-in-crime, another apprentice in the same newsroom: we shared doubts, struggles and successes, and became friends for life.

One day each week we packed our books and laptops, and travelled to Sheffield for journalism lectures at Sheffield College – learning about public affairs, journalism ethics, media law and shorthand, while also having the chance to apply all that knowledge to my daily job, made this experience truly unique.

In December 2019, I had the opportunity to shadow the Lancashire Post’s local democracy reporter covering the General Election, a night that I certainly won’t forget. I saw how he approached people for comment, how he built contacts and how he constructed his live-reporting. A few weeks later, I also had the chance to interview two MPs and to take over a weekly feature on real-life stories, when the journalist who ran it left the paper.

Studying and working at the same time was not easy, but I was lucky enough to share this experience with other young journalists who were driven and committed, and to have a brilliant tutor who motivated us and wanted all of us to succeed.

If you are thinking of applying for an apprenticeship, I’d say: don’t think twice. Don’t worry about the lack of experience or qualifications, you’ll only need dedication and enthusiasm. It’s a great way to get into the industry you’re dreaming of working in, and you won’t regret it.