As the 25th edition of McNae’s Essential Law for Journalists is published today, co-author Mike Dodd has announced it will be his last.

Mike, who works for PA Media as legal editor, has co-authored the past five editions of the media law textbook alongside Mark Hanna.

The announcement was made by Mike in a video, published today by the NCTJ.

He said: “This is the fifth edition of McNae’s on which I’ve worked and it’s been a pleasure and a privilege to work on all of them.

“It’s also exceedingly flattering to be thought of as the sort of person who’s worth asking to do it, but it is extremely hard work and I have now come to the conclusion that at my great old age – having passed the age of 70 at some considerable speed a year or two ago – that I should now retire.

“I don’t intend to cut my links with the book but I do intend to stand back from being a frontline co-author.” 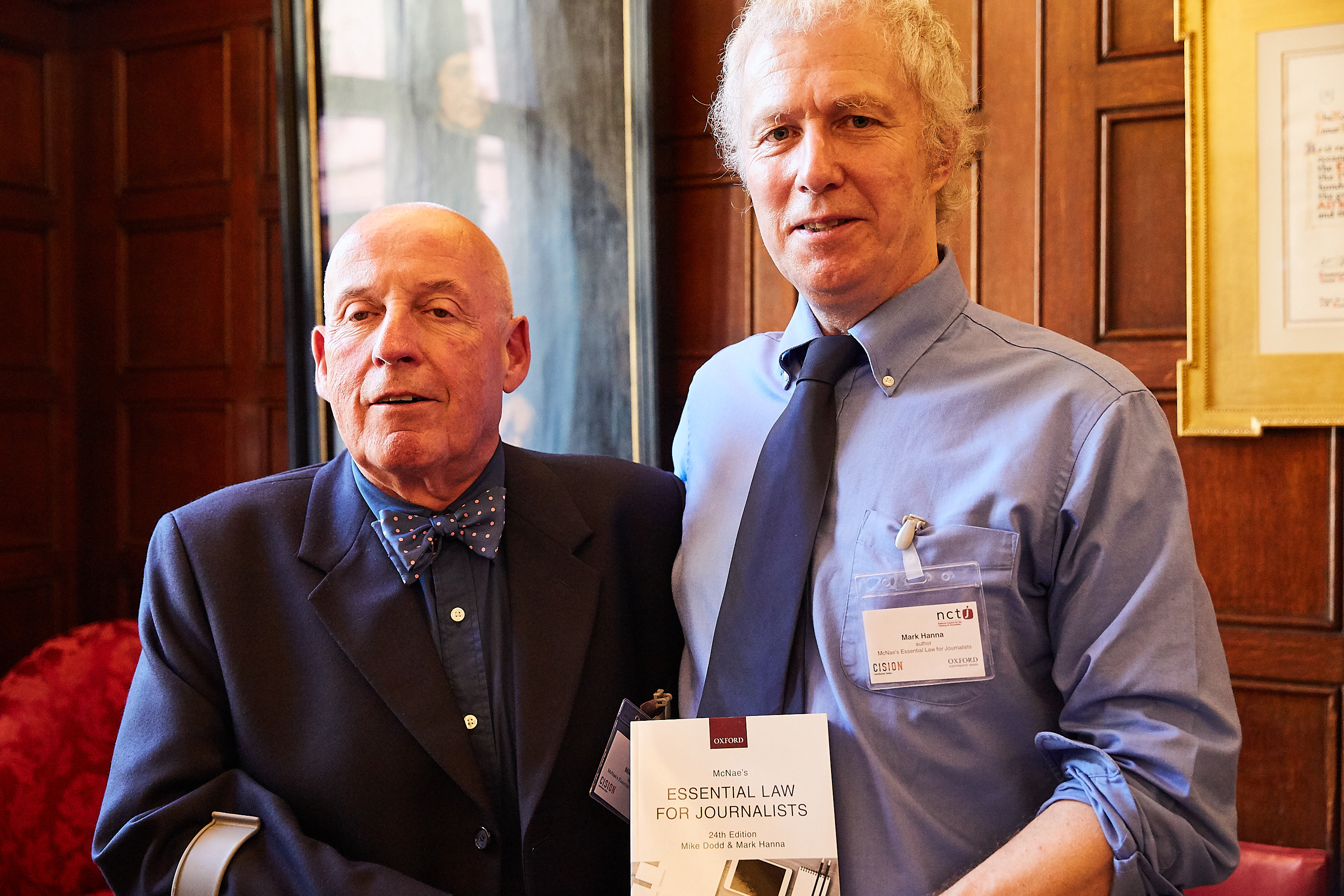 Mark Hanna, who is a senior teacher in Sheffield University’s journalism department and chief examiner and chair of the NCTJ media law examinations board, pays tribute to Mike in the video.

He said: “He’s been a fantastic co-author and helped me avoid error and improved the way that I do things.

“Anyone who knows Mike knows he’s irreplaceable as he’s a trained barrister for one thing, for another thing he’s a journalist who worked his way up from the local press.

“He’s always got time for people who are new to journalism, trainees and all colleagues, to help them understand the law and help them through difficult situations.

Joanne Butcher, chief executive of the NCTJ, said: “Mike has been a truly outstanding co-editor of McNae’s.

“Mark Hanna and Mike Dodd formed a formidable partnership for a decade of the book’s publication.

“The legendary Tom Welsh and Walter Greenwood were a hard act to follow, but Mark Hanna and Mike Dodd have become legends in their own right.

“They really are the best in the business.”

The 25th edition of McNae’s Essential Law for Journalists is available to purchase from the NCTJ’s shop.