Tom Welsh, media law expert, former co-author of McNae and chairman of the NCTJ law board, has died aged 85. 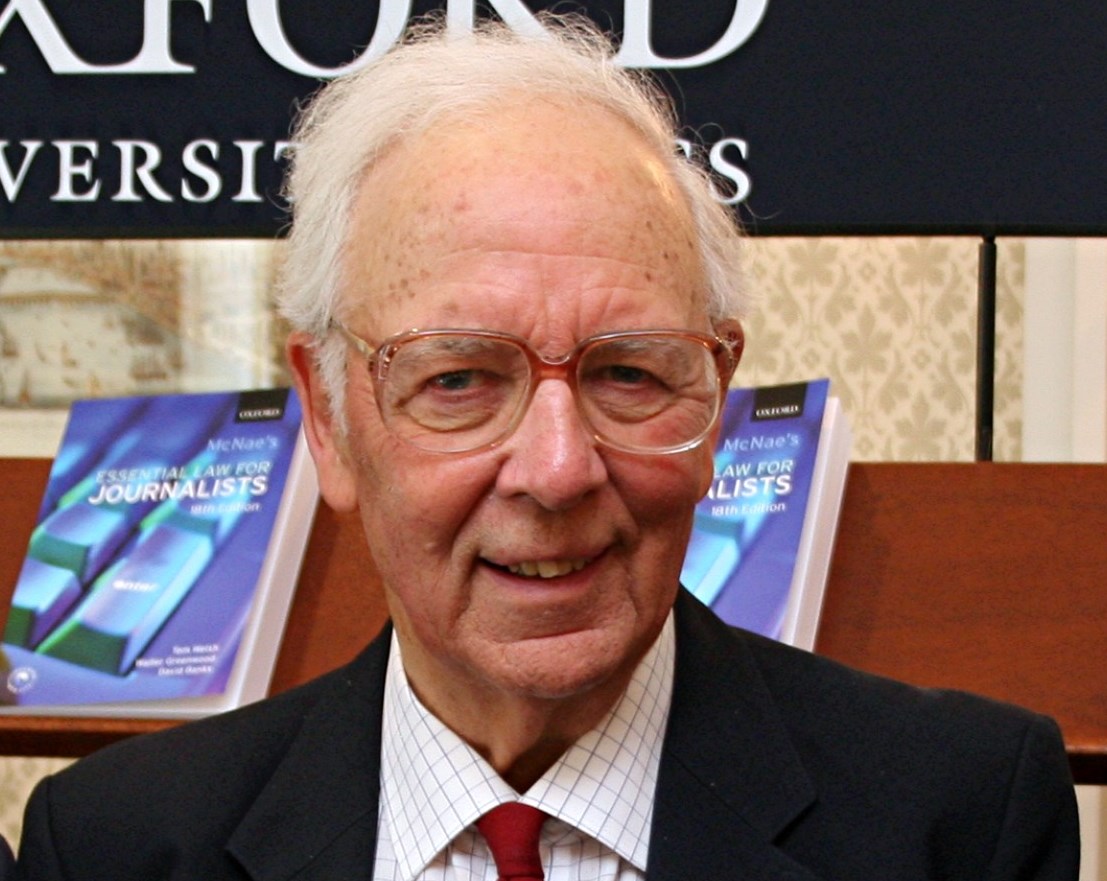 scheme. After subbing roles at the Oxford Mail, News Chronicle and The Guardian, he was a lecturer in journalism at Harlow College for three years, and then edited the North London Press series where he launched the Camden Journal.

He taught media law at City University where he was the first director of the graduate school of journalism studies. For eight years he edited the North West Evening Mail. In 1996 he launched and until 2005 edited the newsletter, Media Lawyer, now published by the Press Association.

“Tom Welsh was involved in the NCTJ for much of his career, mainly though his work for the media law examinations board, which he chaired for five years, and in his co-editorship, with Walter Greenwood, of thirteen editions of McNae’s Essential Law for Journalists from 1979-2007

“Tom was a true gentleman and a pleasure to work with and even after stepping down from editing McNae, he kept an active interest in the book’s development as well as changes at the NCTJ. The forthcoming 60th anniversary celebrations of McNae will be tinged with sadness without Tom and Walter but the strength and status of the book owes much to their joint legacy.”