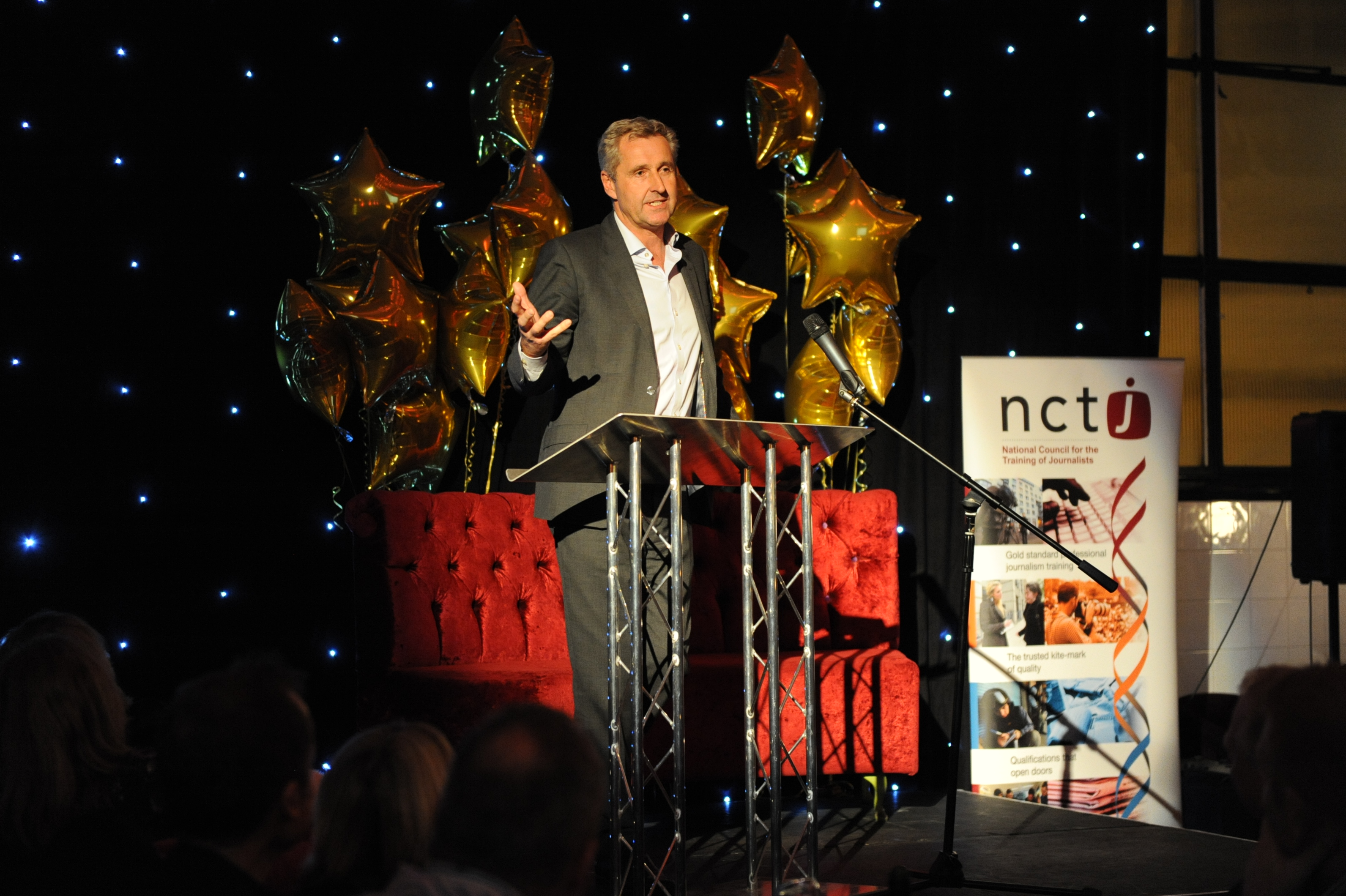 The dinner was held in the Print Room, the former home of the The Echo printing presses. The paper was also Mark’s training ground, providing him with his first reporting job in 1976.

He reflected that he would probably not have the career he has today without his NCTJ training and the experience gained at the Bournemouth Echo.

He described the paper as being “full of characters” and recalled having one of his first stories subbed by a bearded 26-year-old, now better known as award-winning author Bill Bryson.

Mark became a reporter at 22, followed by a sports reporter for the BBC, before securing his dream job: foreign correspondent for ITV.

Although he admitted to questioning this career choice at times, particularly when faced with the death of colleagues such as ITN reporter Terry Lloyd who was killed in Iraq, he feels “retrospectively privileged” to be do his job.

Mark also stressed the importance of the western media telling stories from countries where their own journalists do not have the freedom to report the news. He said they had a duty to “tell the world what’s happening”.

Before his speech, Mark presented awards to the top performing NCTJ-accredited courses and Awards for Excellence winners.