A major research project exploring how the journalism industry has changed over the past six years has been published by the NCTJ. 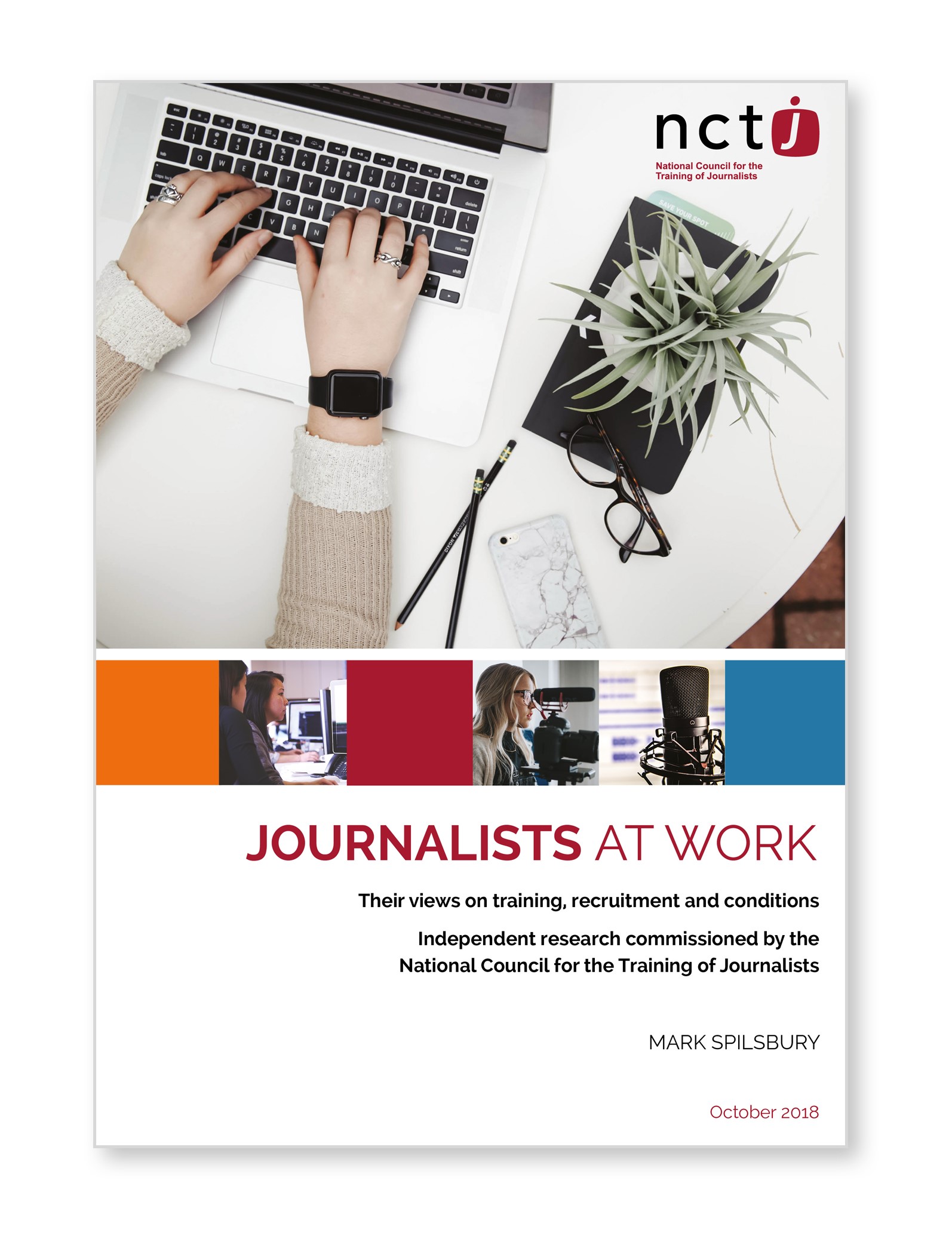 The latest Journalists at Work report reveals that the number of journalists working in the UK has risen substantially from 65,000 in 2012 up to 73,000 now, contrary to the perception that journalism is an occupation in decline.

The report suggests that while fewer journalists are working in traditional sectors such as newspapers and magazines, journalism has become much more varied, with more journalists turning to broadcasting and digital platforms.

Ian Hargreaves, professor of digital economy at Cardiff University and chair of the research project, was pleased to see that journalists are happy to recommend their trade to the next generation.

He said: “Journalists appear to be more confident in general, as indicated in answers to my all-time favourite question in these surveys which asks whether journalists would recommend their trade to a young person.

Journalists still feel that traditional skills, such as disciplined interview techniques and strong ethics, are the bedrock of the profession.

While journalists now use numerous digital tools to source content, including social media and online search engines, journalists remain most confident about information gathered from interviewing.

In a big improvement from 2012, the majority of journalists feel they have had sufficient training in ethical issues, and there has been a significant increase in the proportion of journalists having confidence in the existing system of regulatory procedures in journalism.

The report also highlights the lack of diversity in the industry, revealing that 90 per cent of journalists are white, despite the concentration of journalism in ethnically diverse areas such as London and metropolitan areas in the UK.

It also remains a concern that social class affects the likelihood of entering the profession, with 72 per cent of journalists coming from a background where their parents worked in a higher-level occupation, compared with 41 per cent of the overall workforce.

Joanne Butcher, chief executive of the NCTJ, said: “Although journalists are now more positive about journalism being an open and receptive profession, diversity remains a big issue.

“We are therefore increasing our commitment and allocating more resources to tackling the problem.

“We’re working with leading employers to forge a new strategy for equality, diversity and inclusion which also features ambitions to scale up the Journalism Diversity Fund and to attract and train more journalists in our local communities.”

You can read the full report here.

Journalists at Work 2018 is authored by Mark Spilsbury, research consultant for the NCTJ, who also compiled the 2002 and 2012 reports.