Martin Wright started out in journalism as a trainee reporter on the weekly County Times newspaper in 1997 covering Mid Wales. He took over as editor of the Shropshire Star in 2013, and this month he became the latest member of the NCTJ’s board of directors.

Tell us about what you do at the Shropshire Star 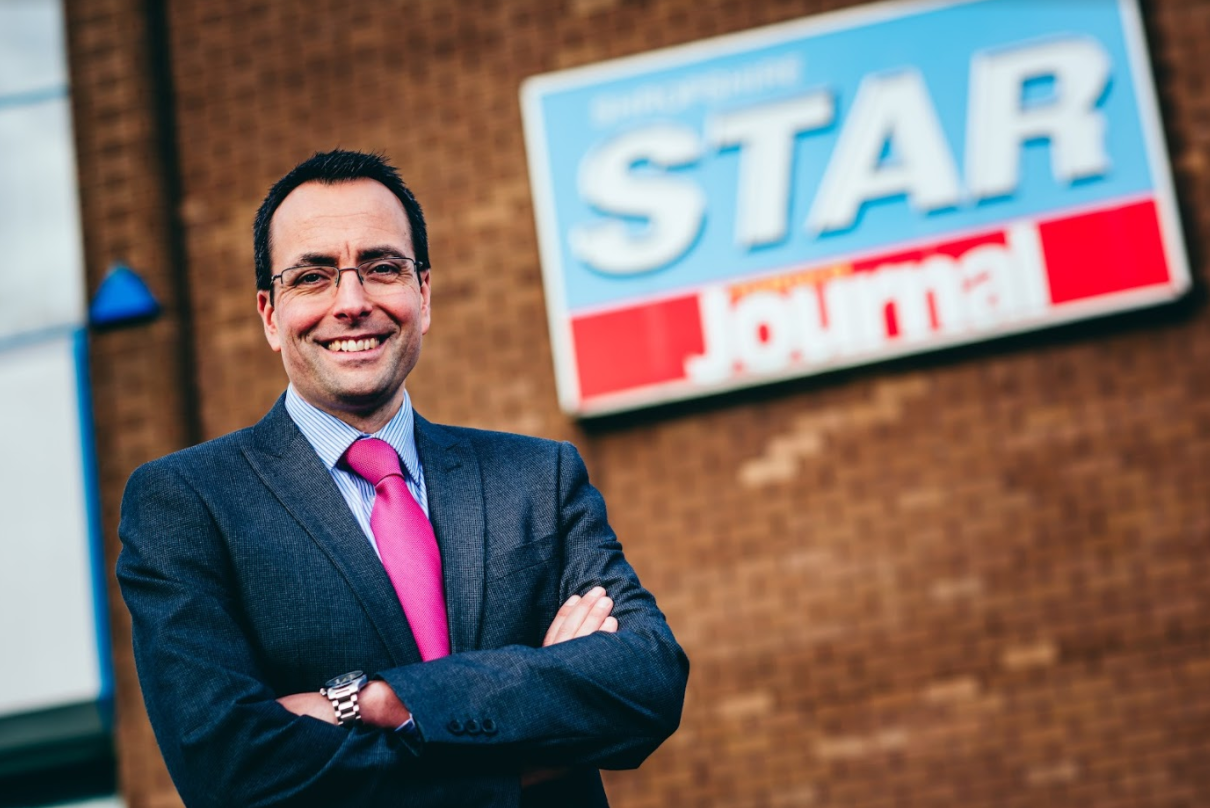 I’m the editor of the Star, a three edition daily, and I’m also responsible for eight weekly newspapers and a weekly news magazine.

What does a typical day in your role involve?
Every day is different but on a ‘normal’ day we hold a morning conference at 9.15am every day when we plan the paper in as much detail as possible. A second conference – splash conference – is held in the afternoon to discuss front page options for the three editions.

The rest of my day will be made up of meetings, with both staff and external contacts, dealing with emails, checking pages – and being as hands-on in the production of the paper as my day allows.

What do you enjoy the most about your job, and why?
I enjoy the variety of the job – you really don’t know what you’ll be dealing with each day and I also enjoy making a difference, whether it be through our journalism or in promoting or supporting worthy causes. The response from readers when we are able to help is always humbling.

That aside, I also love the adrenaline rush of deadlines – working through the night to produce the most comprehensive possible general election special in time for a 7am print time is one of the most rewarding feelings I have experienced.

Why is local journalism important to you?
As local newspapers, we are the eyes and ears of our readers and it is up to us to hold those in power to account.

We work hard to make sure we cover the basics very well – council meetings, court hearings, public meetings, and so on – and in doing so, we shine a light on decisions and discussions that might not get a public airing if we were not there.

People sometimes question the relevance of newspapers, but in my experience we still have a pretty big influence on local decision-makers.

I also worry that if we weren’t here, we’d see more and more decisions taking place without any form of public scrutiny and I can’t see how that would be to anyone’s benefit.

What is the strangest local story you’ve ever covered?
I’ve covered plenty of odd stories in my 20-plus years in the industry but probably my favourite story concerns Harrison Ford when I was working at the County Times in Mid Wales.

He’d been on a canal holiday around Shropshire and Mid Wales, and was flying to France (I think) from Welshpool Airport. He had spent the week being chased by journalists and, understandably, was reluctant to chat.

However, our photographer Phil Blag and me turned up anyway on the off-chance we could grab a word with him and were told by a member of his team that he’d run out of ice on the plane and if we could get some, they would do their best to get Harrison Ford to have a quick chat with us.

After a dash to the local Somerfield store (remember them?), we returned with a bag of ice and in exchange we got a picture and a one line quote from him saying he’d enjoyed the holiday. Not quite the world exclusive we were hoping for, but better than nothing.