Today, we hear from Natasha Meet from the Bradford Telegraph & Argus:

I am a strong believer that if you sat down with every journalist in the world there will always be that one story which sticks with them. 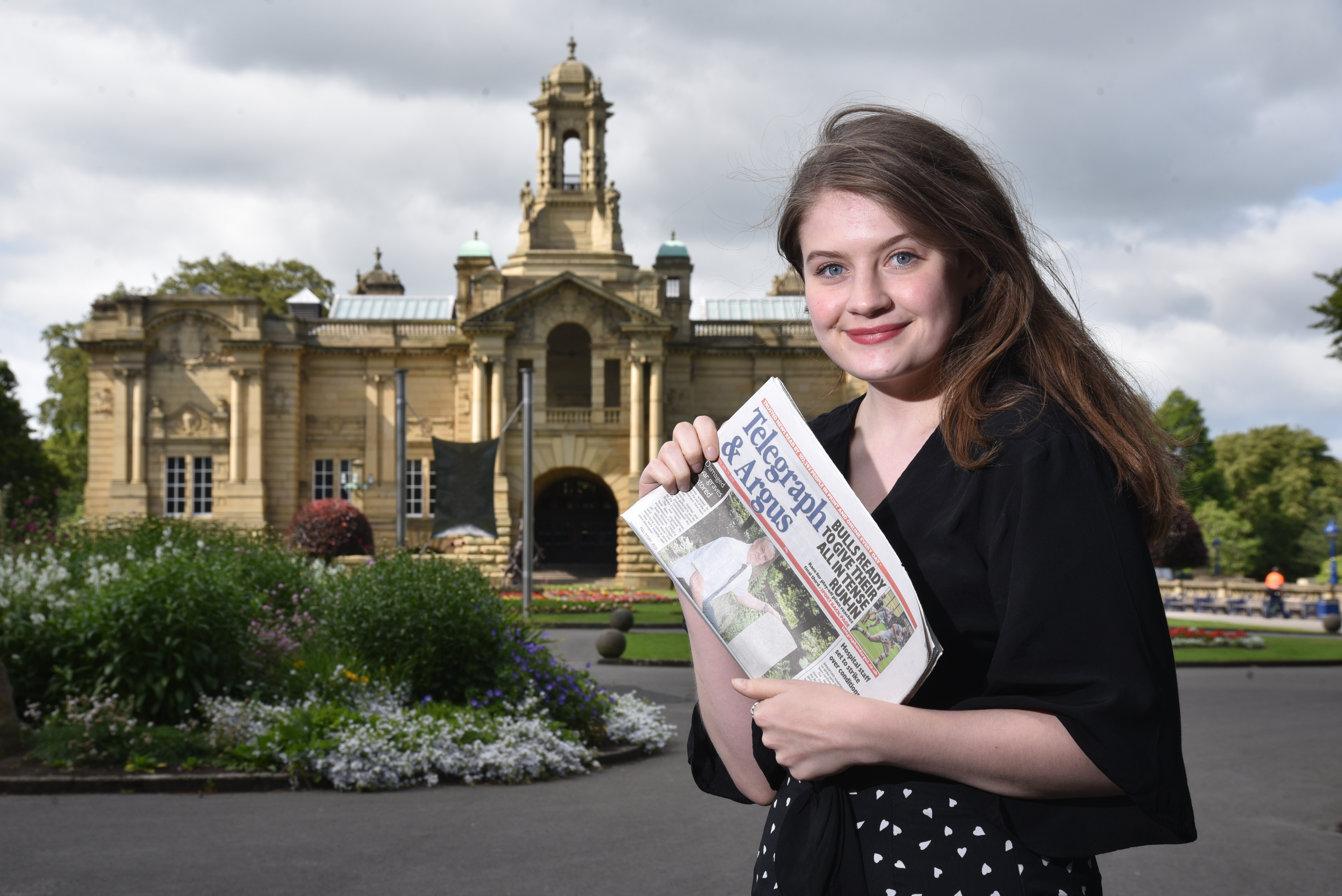 As a community reporter for the Bradford Telegraph & Argus, there have been many people who have left their mark on me – whether it be a life lesson, a journalistic note or educational conversation. For me, that’s my favourite part about the job.

Local news is about home and recognition. Far too often Bradford is stereotyped as a place of danger drivers and curry houses, but those who live and work here know it is so much more than that. It’s a city that acts like a small village, where neighbours are family.

One of those stories I think about often is an ode to life on St Leonard’s Grove in Girlington. It happened by chance when I was first starting to build contacts and trust in my patch.

I put a call out across social media and with the community-run pressure group Bradford4Better about how I wanted to meet residents.

Waiting in the community space at Morrisons, I did not know what was going to be said but those three people have inspired and motivated me as a journalist ever since.

As an inner city area with high levels of deprivation and crime, Girlington is often perceived in a negative light. This meant the positive stories – those small acts of kindness seen in everyday life – were going unnoticed and no one knew who to share them with. 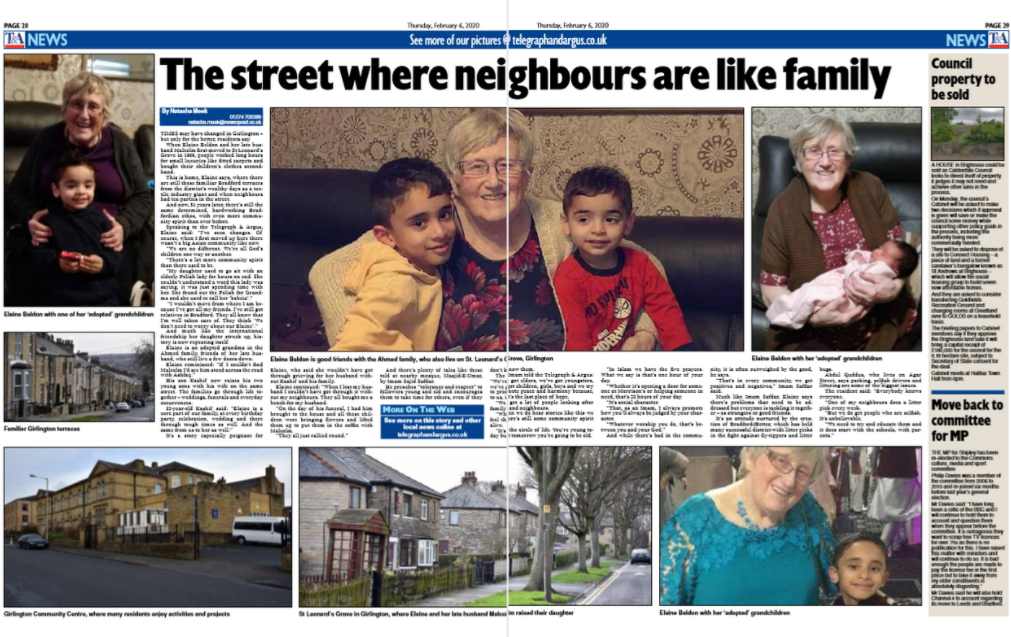 The piece follows the life of the Elaine Beldon and her late husband Malcolm, who first moved to St Leonard’s Grove in 1966. Elaine is an ‘adopted grandma’ in the Ahmed family, friends of her late husband, who still live a few doors down.

“If I couldn’t find Malcolm I’d see him stood across the road with Ashfaq,” she told me.

Ashfaq’s son Kashif now raises his two young sons with his wife on the same street. The families go through life together – weddings, funerals and everyday occurrences.

I developed the feature by talking to Imam Sajid Safdar of Masjid-E-Umar who talked about how “hope and happiness” guides the community. I will never forget when he revealed his plans to read the article to those at the mosque.

As local journalists we have an important part to play and, as print journalism continues to face cuts, so does the opportunity to share these kinds of stories. When you have 9,000 people reading your tale and community leaders sharing links on social media, it goes to show that good, true, community news is needed. In fact, too much bad news is not just bleak for the reader’s soul but also your own.

And while we can’t hide from the negative aspects of life, we can’t afford to forget the people and places we’re writing for in the first place. Every human needs to feel pride in where they come from.