Today, we hear from Jade Kidd from the Maidenhead Advertiser.

In February this year, I started a six to eight-week project producing a feature, podcast and video covering the transformation of an area in Burnham known for criminal activity. 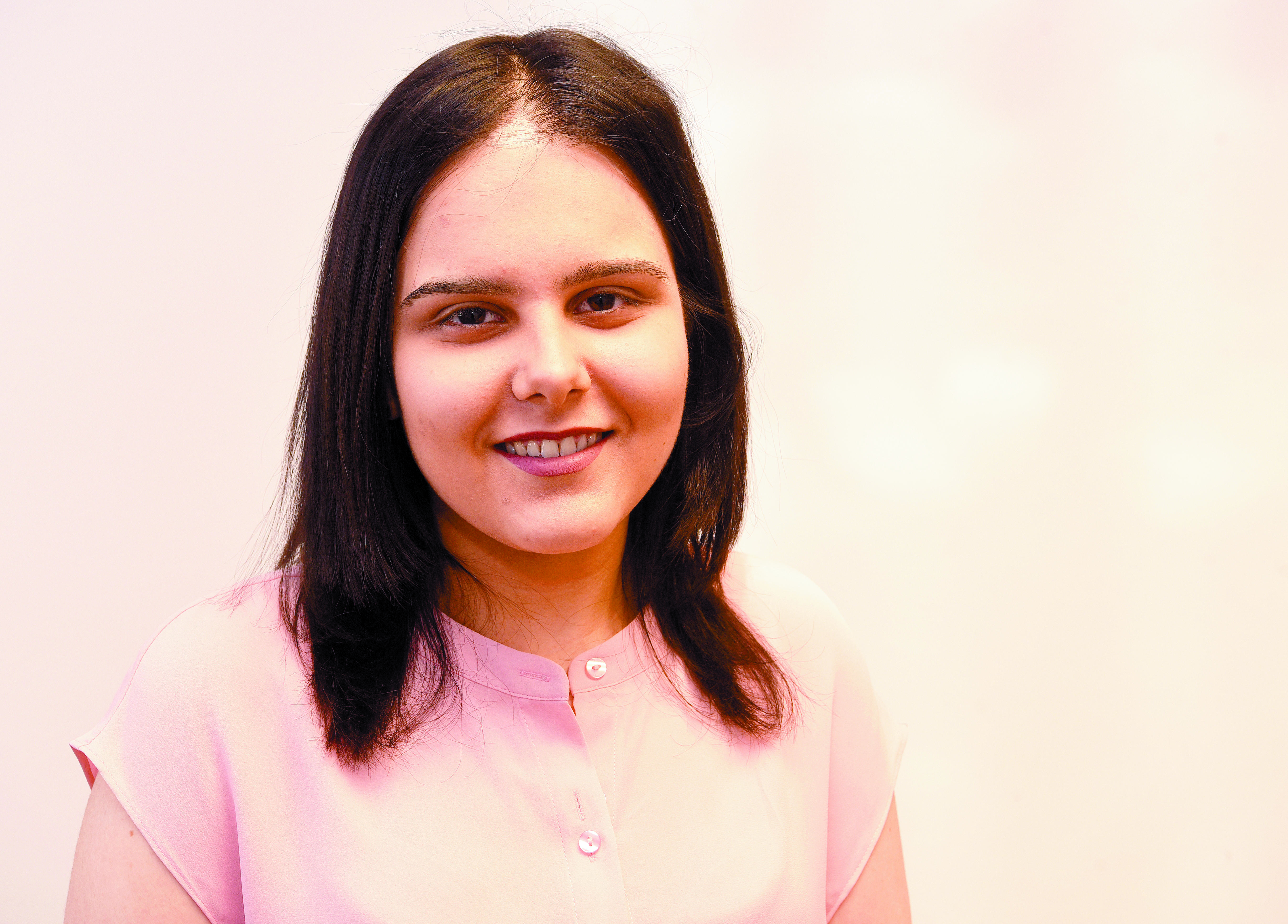 From 2016, Burnham Parish Council embarked on a journey to improve the area between Opendale Road and St Peter’s Close, some of which included transforming an area of woodland into a wild play area for families, and working with pupils at the former Burnham Park Academy and an Oxford-based artist to paint a community mural over a wall covered in graffiti.

I was only a month into my job at the Maidenhead Advertiser when I first heard about Project 57, which was officially established in January 2018. I was sent a reminder about a footpath in the area, officially known as Footpath 57, being closed for improvements which were set to form part of Project 57. This sparked my interest and I started looking into it and hearing more about it.

From reading previous articles about the ambitions of the project and the efforts of the year seven pupils at Burnham Park Academy in painting a nature-themed street art mural, to having the opportunity to cover a community planting day event in the new wild play area last November, I understood that this project was going to have lasting impact in transforming the area and bringing the community together.

So when I heard that the area had been opened to the public, I knew I wanted to undertake a major project, writing an article about the parish council’s journey of transformation and creating a video and podcast giving our readers an in-depth look at the area. In the early stages of putting together my content, I had the opportunity to carry out detailed interviews with the former parish clerk and current deputy clerk who had been working on the project from the start, and the current parish clerk who has taken over project duties from the previous clerk, following his departure in August 2019.

I also gained the opportunity to create ties with the new communications liaison officer at the parish council, who I had met for the first time while working on this feature. She gave me an insight not only into the parish council’s future plans for the area, but also her opinion of the transformation as a resident of Burnham.

Through these discussions, I was able to build a complete picture for our readers, showcasing the scale of the project, covering past and present work, as well as future plans and events for the community.

As part of my work, I wanted to utilise my video and audio skills to give the community even more of an insight into Project 57. I was fortunate, just before lockdown, to take a tour around the area with the parish clerk and communications liaison officer. I filmed them as they showcased each element of the area to the camera while giving a short description of it. This was followed by a podcast recording, joined by the deputy clerk, discussing various topics concerning the project, including exploring why it was carried out and who was involved in it. 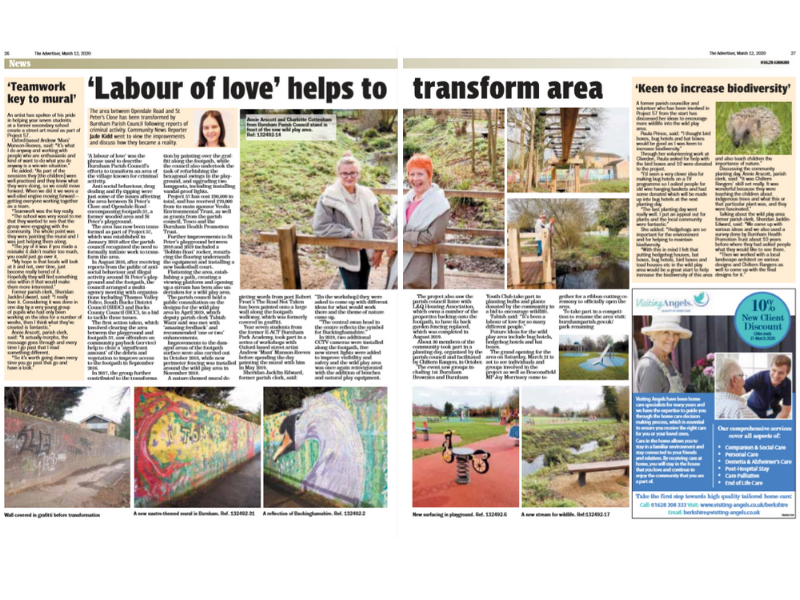 Adding these visual and audio elements added another layer of depth to the story and provided the reader with a variety of mediums from which to consume information about the project. The elements added an extra opportunity for readers to see some of the team behind the project, and learn more about each of the steps that were taken to improve the area, from 2016 onwards.

The feature was published in print as a double-page spread on Thursday, 12 March with several pictures showcasing a before and after of the transformation. I think presenting the piece in this way made it more eye-catching for the reader and gave them the chance to digest how much of a transformation had occurred. I also published the story on our website together with the video and podcast and posted a link to that story on Twitter and Facebook. I was very grateful to receive some great comments about the piece from the parish council and members of the community.

This particular story stood out to me from the beginning as it was a long-term community project with many different elements, which aimed to transform an area from a place known for criminal activity, into a space for individuals, families and the whole community to visit and use. This is why I felt it was important to highlight and capture its culmination for our readers and the community overall.