Dan Wright, editorial apprentice at the KM Group, met politicians in London on Thursday at a Downing Street reception during National Apprenticeship Week. 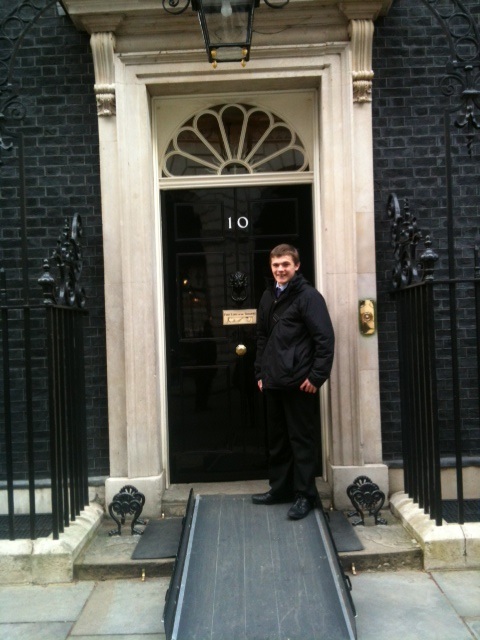 Dan,19, joined apprentices from across the country at the reception to celebrate the apprenticeship trailblazers, the groups of employers that are setting new standards for apprenticeships.

The teenager, from Ashford, Kent, met Chancellor George Osborne – who gave a speech on the training scheme – and Minister for Skills and Enterprise Matthew Hancock.

It was announced on Tuesday that journalism employers, including Archant, the BBC, BSkyB, The Independent, ITN, Johnston Press, the KM Group, London Evening Standard, Newsquest and the NCTJ, would be joining the government scheme and developing national standards for journalism apprentices.

Dan joined the KM Group after finishing sixth-form and is one of twelve NCTJ journalism apprentices.

Since starting in September 2013, he has worked across the KM Group’s media platforms – writing for press, online and radio.

As part of his NCTJ-apprenticeship, Dan attends Lambeth College once a week and is working towards the Level 3 Advanced Apprenticeship in Journalism, an industry-recognised qualification.

Dan said: “It was a great experience to actually go through the gates and into Downing Street.

“To represent the KM Group at an event like that, after only starting in September, is very rewarding.”

He added: “It’s great to see that apprenticeships are getting the credit they deserve. They offer a fantastic way to learn as you are developing your skills on the job.”

Picture: Dan Wright at No.10 Downing Street. Photo courtesy of the KM Group.