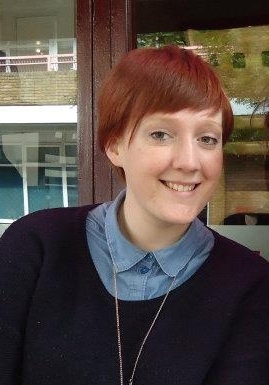 By Katie Richardson, bursary recipient 2012/13
Hi, I’m Katie, a reporter.  I get to talk to people all day, write stories and be at the heart of local news.

A year ago, saying that was a dream, now it’s a reality and it wouldn’t have been possible without the amazing support of the Journalism Diversity Fund.

I grew up in a small town in County Durham and to be honest I never thought I’d leave it. But when my boyfriend started talking about marriage at the grand old age of 17 it suddenly dawned on me that I had to escape or risk being tied to the kitchen sink with a kid in each arm.

I worked hard to get to university and at one point worked three jobs at once to keep me there but as a student journalist I was faced with the sad reality that supporting myself through an NCTJ was a slim prospect.

I’d managed to get a place with News Associates. I took the scary leap of picking the London course (even though I was told everyone knows all the northerners stick to Manchester) but despite being told I had a place in December,  it wasn’t until June when I got the call from the Journalism Diversity Fund when I could start believing it.

I still remember the utter terror sitting in front of the four interviewers thinking I didn’t stand a chance. I came out of the interview feeling like I’d been in a fight and after a large glass of wine on the train home I must admit I had a bit of a cry and resigned myself to the thought of working full time to raise the funds and reapplying a few years later.

I was in absolute shock then when I received the confirmation email a week later and please excuse the cliché but the rest really is history.

I moved to the ‘big city’, got stuck into the course and made some friends for life. The tutors were amazing and even though I dreamt about shorthand for a good two months after the course finished, I loved every minute of it.

Since the course finished I’ve had some amazing opportunities. I spent two months in Spain writing for an ex-pat paper and using some very questionable Spanish, spent a week with ITV Tyne Tees in awe of broadcasting and am now looking forward to July when I’ll be doing three weeks with Sky News. I’m now working for a local paper in Fife and loving every minute of it.

The fact that I thought doing something for a living that I actually enjoy was merely a hope a year ago is testament to how much the Journalism Diversity Fund has changed my life.

So all I can say is thank you!