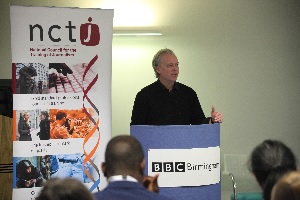 The move to a social-first strategy for publishing will require journalists to develop new skills, the head of digital for Johnston Press told the NCTJ’s annual Journalism Skills Conference today.

In a speech to delegates at the BBC Academy in Birmingham, Jeff Moriarty said, “We’ve moved or are moving from print-first to digital-first, to a concept of mobile-first. But it may be time to think about publishing as social-first.”

While emphasising the continued importance of traditional reporting skills, he said the new generation of journalists would also need to be able to interpret data, have social intelligence, know how to publish the right content at the right time and how to distribute information effectively to work in this new environment:

“The fundamentals are still the same in many ways. Great journalism and great content – finding stories and telling them well – are still the most important things. Content can and should be of good quality and deliver what the audience wants. We need people who are interested in people.

“But the methods and skills needed to make an impact in an ever-more-packed media environment have changed, and I believe this year we are at the beginning of another massive shift.”

Jeff described how the rise in mobile usage has led to Johnston Press having more page views on mobile than on desktop devices for the first time. He added that emerging platforms, such as Snapchat, Instagram, and WhatsApp, are becoming distribution channels, helping to change the way news is being consumed.

He said: “It’s no longer enough to simply think of these platforms as places from which we can entice audiences to our own properties. For many, once they’re on Facebook, they’re staying on Facebook, so we need to put our content where the audiences are.”