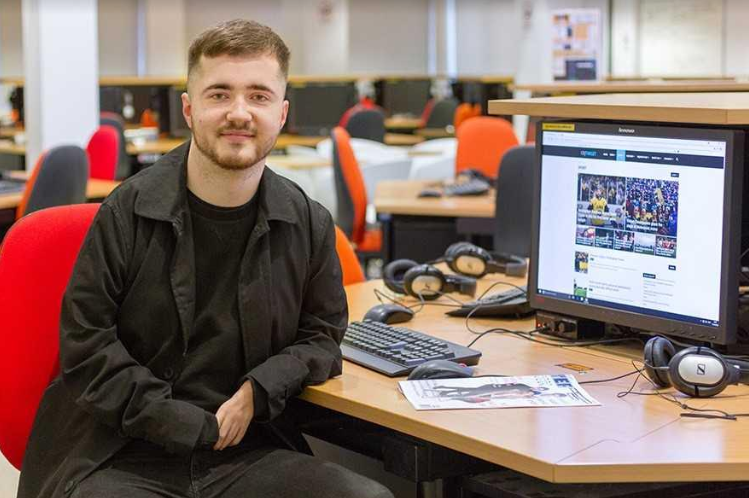 Alex, 23, has a physical disability called Arthrogryposis, which affects the muscle and joints in his arms, wrists and hands. As a result, he cannot grip a pen with enough strength to write, so as a child he learned to write by holding a pen in his mouth – a skill he now uses to write shorthand.

He explained how he was apprehensive about studying shorthand at first, after being told about the importance of the skill at the university open day.

He said: “I remember talking to the tutors about having to study shorthand in third year and how they thought I’d struggle with it. It did make me think about whether or not to start the course but I at least wanted to give it a go.”

Alex recently passed his 60 wpm exam, and said: “After passing the exam I was relieved. When we first began to learn it I genuinely didn’t believe I would pass any of the speeds.

“At the higher speeds it can be very difficult keeping up, due to me writing with my mouth, but with regular practice I am determined to pass the exams.” 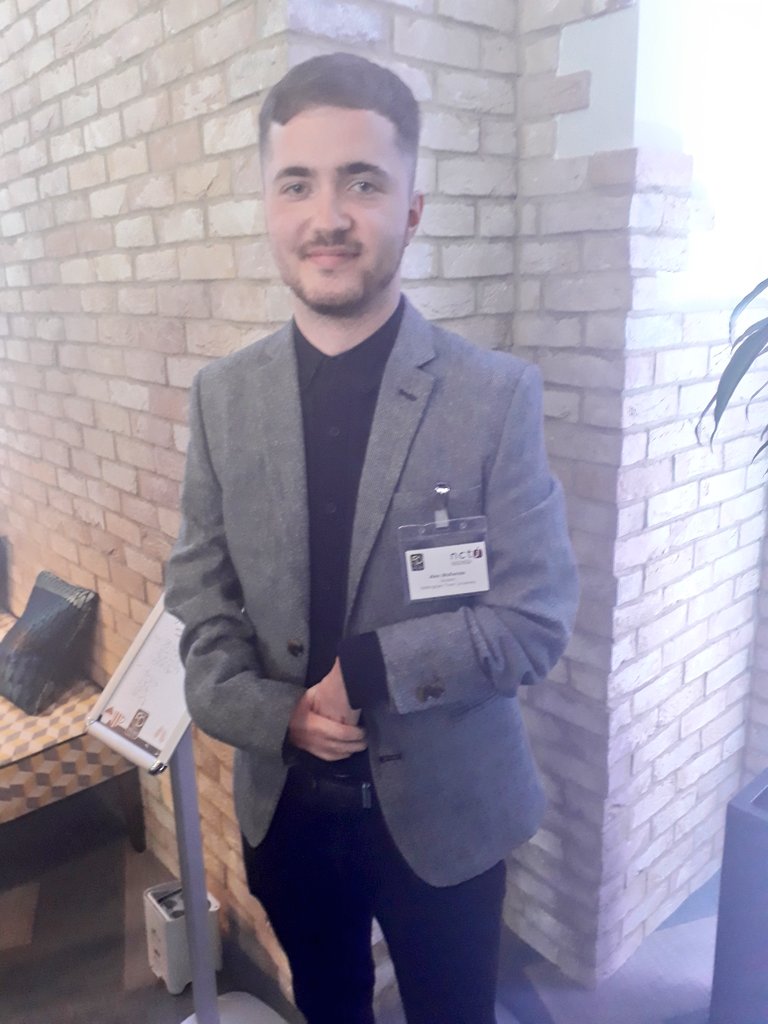 Alex told seminar delegates how important the support from his tutors was: “They were hugely supportive and told me that as long as I stick at the practice I am more than capable of passing.

“The tutors were amazing all year and I couldn’t praise and thank them more, they could have easily agreed with me and let me drop shorthand but it was their encouragement and strong guidance that helped me carry on and pass the exam.”

Now at the end of his course, Alex is working at speeds of around 80 wpm and aims to sit another exam soon.

After graduating Alex is hopeful for a career in sports journalism. He said: “If I had to choose an ideal sport to work around it would be either football or American football. Going to work in America covering the NFL would be amazing.”