Mark Hanna, co-author of McNae’s Essential Law for Journalists, has been honoured for his outstanding contribution to journalism training and education with the NCTJ chairman’s award. 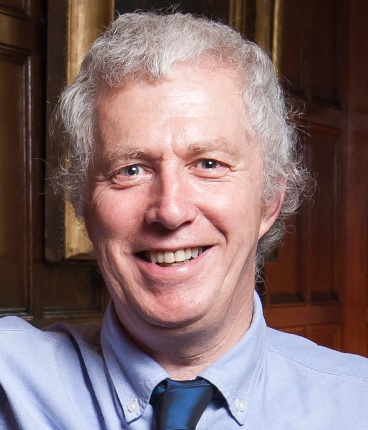 Mark was a senior lecturer in journalism at the University of Sheffield until his retirement last year, and is also the NCTJ’s chief examiner and chair of the media law examinations board.

Kim Fletcher, chairman of the NCTJ, presented the award to Mark at the virtual Awards for Excellence ceremony hosted by Sky News tonight.

Speaking via video link, Kim said: “Mark is a hugely respected educator, trainer, author and journalist, who is passionate about journalism standards, media law, ethics and regulation, and a campaigner and advocate of open justice.

“A walking, talking encyclopaedia of anything worth knowing about media law, his name is synonymous with media law, regulation and ethics.”

Mark has been a member of the NCTJ media law examinations board since 2002, its inspirational chair since 2006, and chief examiner for media law.

He has co-authored McNae’s Essential Law for Journalists, the indispensable guide for journalists and media lawyers, since 2009 and he is currently working on the 26th edition, his seventh, due for publication next year.

Mark joined the department of journalism studies at the University of Sheffield in 1996. He was a senior lecturer and was awarded emeritus status on his retirement from the university in 2020.

Before this, Mark worked on newspapers for 18 years, starting as a trainee at the Doncaster Evening Post, doing his NCTJ training at Darlington College. He was a crime reporter on the Western Daily Press and the Morning Telegraph, investigations reporter and deputy news editor on the Sheffield Star, and Northern reporter at The Observer.

Kim Fletcher said: “Journalists working in newsrooms across the UK were taught by Mark Hanna and always talk of him with great affection and say what an inspirational teacher he was. He remains in contact with so many of them, offering encouragement and praise where its due.

“It is a pleasure this year to recognise Mark for his outstanding commitment to high standards of journalism training, media law education and his direct impact on the careers of thousands of journalists.”

Accepting the award, Mark said: “Thank you very much for my award, I am very flattered. I am particularly honoured to get it because I know that throughout the NCTJ community, all over the place, there are people going the extra mile all the time – particularly in the last twelve months.

“I’d like to add my tributes to Joanne Butcher and her staff for keeping the show on the road in the last year. I must also pay tribute to past and present members of the media law examinations board because their work has earned them a huge share of this award.”