Sports fans generally root for the underdog, unless their team, a personal favourite or a bet is involved. Think of Coco Gauff at Wimbledon, Ireland’s Test cricketers humbling England for two days at Lord’s, Shane Lowry storming The Open. Given their opportunities, they all rocked the established, changed thinking and enriched an industry. The Journalism Diversity Fund, by backing the unheralded and those who don’t conform to pre-conceptions, has done pretty much the same.

Sky is one of 12 sponsors of the JDF and its two specialist journalism bursaries: The Claire Prosser bursary and the Thomas Read bursary. Sponsors support the fund financially and by taking part in interviewing applicants. These interviews expose some of the obstacles applicants face because of their diversity and the lack of role models, such as prominent female or diverse sports journalists for example. Thomas Read broke through many barriers on his way into journalism and became a role model. 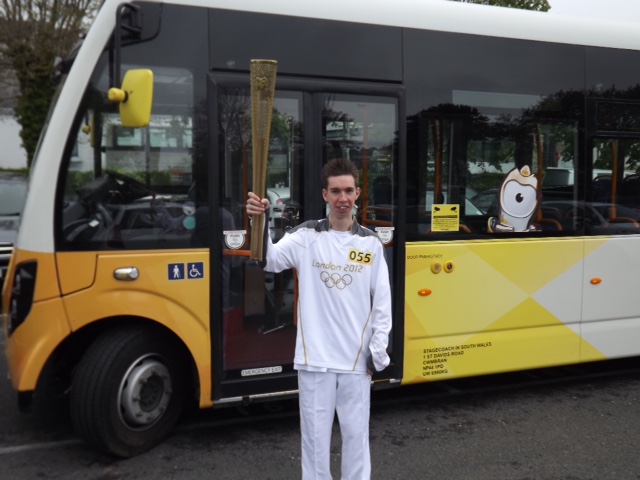 Born in 1989 with cerebral palsy, he was to face many challenges such as difficulties with movement and speech. He refused to allow his disability to prevent him from achieving his goals which included making it as a sports broadcaster. He was told bluntly by one university to focus on print rather than broadcast because of a speech impediment. Thankfully another, Cardiff University, recognised his potential and Thomas completed the NCTJ-accredited course, enjoying opportunities at the British Paralympic Association, British Rowing, BBC Wales, ITV Sport and Sky along the way.

“These organisations all valued ability above disability and that adjustments to work should not be barriers to success,” says Thomas’s mum Carolyn. “He always had a strong belief in his ability and would focus on this with resilience and determination.”

A work experience placement at Sky Sports News led to a full-time role with a production team. Colleagues recall: “I just loved it when he was on shift with me. If I were building my dream team of a sports desk – Thomas would be my creative midfielder.”

“His smile and overall energy would light up any space. His determination was infectious.”

“Always positive, always looking for the funny side, didn’t grumble. Knew what the story was.”

Thomas died unexpectedly aged 25 and the family set up the bursary in him name.

“The bursary ensures that disability does not prevent aspiring journalists from achieving their goals, says Carolyn.

Previous recipients have gone on to work for organisations including the BBC, HuffPost, PA Media, and Sky.

Since its inception in 2005, more than 300 aspiring journalists have been given a financial leg-up onto an NCTJ course to support their careers, repaying the faith showed in them by the JDF, bringing much-needed diversity to newsrooms, changing attitudes towards inclusivity and recruitment.

Training centres have an important role to play by taking on more diverse trainees. As an example of how far there is to go to improve the gender balance and diversity in sports journalism, of 139 students enrolled on to NCTJ sports journalism courses in the 2018-19 academic year, 11 were female.

To find out more about the Journalism Diversity Fund, go to https://www.journalismdiversityfund.com.