A charity champion has described how her relationship with a community news reporter has really made an impact within the black community and helped instil trust in the media. 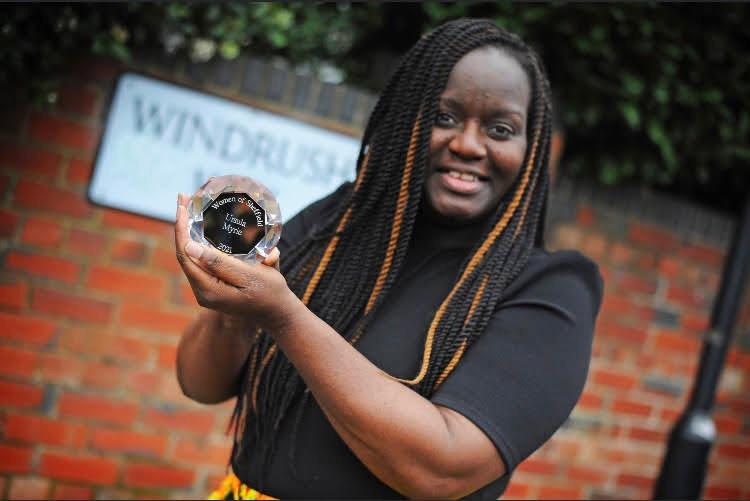 Ursula Myrie, 48, from Sheffield, is a founder of Adira – a survivor-led mental health service which supports the black community.

The mum-of-two was put in touch with Lisa Wong, who works as a community news reporter at The Star, by editor Nancy Fielder. In her role, which was created as part of the Facebook-backed Community News Project, Lisa has worked hard to connect with those communities who originally didn’t have close links with – and didn’t trust – local journalism.

In particular, Lisa has focused on developing connections with ethnic minority groups, as well as reporting on mental health issues. As a result, Lisa has been able to give a voice to those that haven’t often been heard in local media before.

Ursula was Lisa’s first ever interviewee just over two years ago, shortly after she was taken on at The Star as part of the NCTJ-managed scheme. Lisa contacted Ursula because she was aware that mental health is still a notably taboo subject among many ethnic minority groups.

Ursula said: “I knew Nancy, the editor, and Nancy knew from day one that I was sceptical about any articles appearing in the paper. I have got serious mental health issues and I am black, so I had a lot of mistrust.

“I was able to build up trust with Nancy and because of that trust with her, she felt comfortable to send one of her reporters to talk to me – and that reporter was Lisa.

“Again, I was very wary of Lisa doing a story – she had reached out to me to talk about the culture of abuse in the black community. And I wanted to make sure she wrote about both sides of the coin.

“When Lisa did that first article, it was 100 per cent word for word what I had said. When I read the article, I called her and said thank you so much for doing that. She listened to what I said and that meant a lot.

“What I have found with some reporters is that they will do a story and then they will disappear. What I liked with her was that she kept in touch with me. When the article first came out, she messaged me the link and I really appreciated that.” 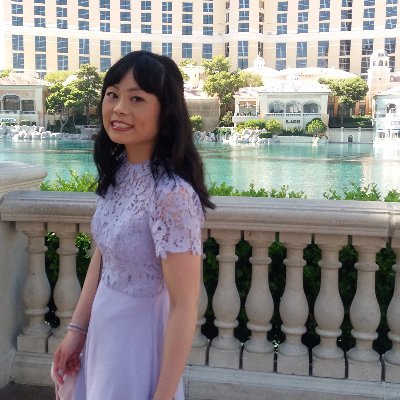 Recalling their first meeting, Lisa said: “I never anticipated my first interview requiring such sensitivity and emotional resilience, but it was an important story and I knew how much Ursula wanted to turn it into something positive – to educate and help others. She spoke about the many ideas she had for Adira and it’s been really encouraging to see, and report on, those ideas becoming reality two years on.”

Thanks to Lisa building a relationship with Ursula and gaining her trust, Ursula felt comfortable talking to her about her background and the systemic abuse she suffered when she was in care at Shirley Oaks’ children’s home in Croydon. The traumatic events that took place weren’t something that Ursula had ever been prepared to talk about publicly before.

Ursula said: “During that interview, she was very present and after every question, she would make sure that I was ok. She said we could stop if I was struggling.

“I think it also helps that Lisa herself is considered a minority, so we have shared experiences. Having that connection has absolutely helped develop our relationship.

“Sometimes we go so off track talking about different things. I never feel that the only time she contacts me is for a story. We do have a genuine relationship.”

Lisa said: “For me, it was important to maintain contact because what would be the point in the project and my role otherwise? Keeping in touch with Ursula and continuing to do follow up stories has allowed for more connections to be made – we have helped each other in a way. It has in turn led to a wider range of stories being told, which are also more representative of those who live in Sheffield.

“Different communities are now connecting with each other too as a result of their respective stories being published, which is great.”

The close connection that Lisa has forged with Ursula has opened up avenues for coverage of more stories within the black community.

Ursula said: “One of my friends was launching black skincare in Sheffield but didn’t have any contacts at the paper. I put her in touch with Lisa and when the article came out [about what she was trying to achieve], she was so happy.

“This is what you get when you have trust in the black community – it opens doors. My community have loved Lisa’s stories; she has gained a lot of trust.”

Ursula said that there has been a change in how The Star reports on her community and how often stories appear in the paper or on the website.

She said: “There’s more about my community in the paper now. This is new for us – to have our stories out there.

“And they are positive stories too. They’re not about missing fathers, single mothers, black on black crime – it’s positive stories. Lisa has definitely bridged that gap.”

The Star currently has two community news reporters, in Lisa and Errol Edwards. Errol started in his role in February 2020 and has previously written about how he believed ‘people like me don’t get jobs like this’, and about how he has felt able to make a difference with his reporting.

Ursula agrees that community news reporters should exist in all newsrooms across the UK to “build continuity” for the communities they serve.

“I don’t want to phone and get a different person every time,” she said. “That’s not good with mental health. If I get a different reporter every time and have to keep going over everything, that’s really triggering.

“I think it’s really important for every media outlet to have that one person connecting with a particular community. And make sure they don’t just speak over the phone or text – come out into the community.

“Lisa really made the effort to come out and meet with us, and that’s made all the difference.”

Lisa added: “I knew that having quite niche specialisms would be a challenge and I’m not sure I would have been able to gain trust with communities in the same way if it wasn’t for the CNP role, as it has allowed me to focus on particular issues, as opposed to general news. I have been able to go out and about into the heart of communities and that has been key.

“The scheme as a whole has given me the opportunity to embark on a journalism career without prior experience and qualifications, which I think is quite rare in this industry. I’m quite sure that I wouldn’t have become a journalist without it.”

All reporters employed under the Community News Project banner are working towards an NCTJ qualification alongside their role in the newsroom. Lisa completed her Diploma in Journalism to gold standard at Sheffield College in 2020 and is now working towards her NQJ.

Nancy Fielder, editor at The Star said: “During my 20 years in local journalism, I have never seen a newsroom that truly represented the city or town which is served. All newspapers must take positive action to not only reach everybody in their patch but to encourage people to train as a reporter regardless of their background, colour, beliefs, religion or class.

“It should be a goal for every editor and it is the quality of all our journalism that has the most to gain through more balanced reporting teams.

“The Community News Project has the power to help newsrooms re-examine their priorities and work harder to build trust and relationships across all of our communities.

“I am very proud of what Lisa and Errol, thanks to this scheme, have achieved while working at The Star and we have benefited enormously from their skills and willingness to push boundaries.”