Last week I had the hugely rewarding, yet poignant, privilege of adding the word ‘senior’ to 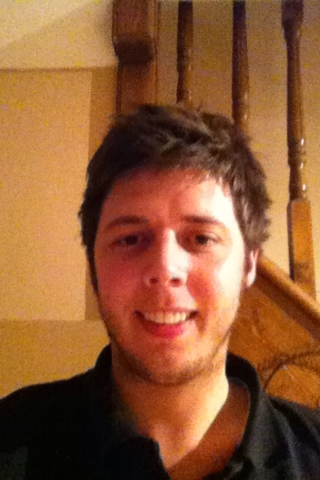 my email signature.
Silly though it sounds, and believe me I was rightly ribbed for it by my colleagues, the subtle change was a big deal to me.

Achieving my National Qualification in Journalism (NQJ) was about 1,643 days in the making, but hey, who’s counting?

So after the dust settled on the jubilation, shortly followed by a fair bit of celebrating, I started thinking back to where the whole journey began.

Five years ago I walked into a newsroom for the first time and was immediately bitten by the journalism bug. I asked the editor of The Hunts Post, Andy Veale, what I needed to do to get my foot in the door and was told an NCTJ qualification was a must.

There was only one problem: I didn’t have the money or free time to enrol on an accredited course.

Having racked up an endless student loan debt from university and needing to work full-time to pay my rent, I thought the dream had died there and then.

Cue my discovery of the NCTJ distance learning course.

Armed with McNae’s Essential Media Law, Essential Public Affairs and the rest of the materials, I embarked on the challenge of teaching myself.

So began a routine of working nine to five, studying, eating dinner, and then more studying. I’ve never revised harder for anything in my life than I did with the public affairs and media law exams but it paid off.

My flat was littered with post-it notes, pieces of card and far too many highlighter pens than necessary, but I passed everything first time.

I took particular pride in passing the news writing exam, one with a less than favourable pass rate.

Shorthand was an altogether different proposition. Teaching myself the theory wasn’t too problematic but I had only passed my 60wpm exam by the time I saw an opportunity to get my first step on the career ladder.

Working as an IT trainer was not a good stepping stone into getting a job at a local paper, but a journalism internship at the NCTJ certainly would be.

I was amazed to be offered a job managing the Journalism Diversity Fund with the organisation, and so began an extremely rewarding 18 months.

Helping others realise their dreams of completing an NCTJ-accredited course and go on to get a first job in journalism inspired me to push on.

I completed work experience placements at The Sunday Times, Sky Sports News and The Guardian, but despite being invited to interview for a few local newspaper jobs I couldn’t catch a break.

Just when I was starting to lose faith, I rolled the dice one more time by picking up the phone and asking chief reporter at the Saffron Walden Reporter, Daniel Barden, if I could come in for work experience.

It just so happened a job had come up at the paper and they were a reporter down. Two weeks later I had applied for the vacancy, been invited for an interview and was sat across from Dan and a familiar face.

Andy Veale, now also editor of the Reporter, gave me a shot, putting trust in Dan’s insistence I was the right man for the job.

The next 18 months, during which I sailed through my 100wpm shorthand exam, were the most enjoyable of my life and I was determined when the NQJ rolled around I was going to pass first time.

There were a lot of setbacks on the way but also those who showed faith in my ability, including Joanne Butcher at the NCTJ, Dan and Andy. I got my chance and I took it.

Now I look forward to the next step in my career, fully expecting the journey to be equally as arduous. After all, that is what makes achieving your dream so rewarding.