A former student of Press Association, Newcastle has won the Society of Editors shorthand award for the best shorthand note and transcription marked 100 per cent accurate at 100wpm. 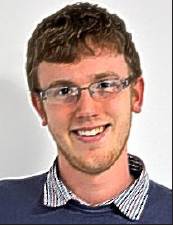 Liam Moffett, 20, who received a Journalism Diversity Fund bursary to study his NCTJ-accredited course from January to May 2013, was announced as the winner at the annual NCTJ shorthand seminar on Wednesday, 15 May. He was awarded a cheque for £250 and a certificate.

Liam, who is currently working as a reporter for Media Wales, said: “It feels amazing to have won the shorthand prize and I was taken aback by winning the award. I never expected it.

“I know I might be in a minority here but I loved learning shorthand. It did come naturally to me and I felt I gave it a good go.

“But like everyone else there comes a time when you end up stuck at a particular speed, for me that was definitely 90wpm!”

Liam also said he found shorthand “incredibly useful” at work for “bread and butter journalism” such as court, council and inquests, as well as for more sensitive interviews where, at times, a Dictaphone can feel intrusive.

He added: “All my colleagues use their own form of shorthand. My editors have said on numerous occasions that they value good, accurate note taking so I don’t think shorthand will die out for a long time.”

Commenting on Liam’s success, award sponsor and Society of Editors executive director, Bob Satchwell said: “Many congratulations to Liam. Shorthand is a key skill for any journalist in any part of the media.

“Why would anyone not want to have this vital tool at their fingertips whether they are working in print, online or broadcasting?”

He concluded: “It shows the value of an NCTJ qualification which is, indeed, the gold standard for journalism training.”

The shorthand seminar, held at The Wesley, London, played host to shorthand tutors and NCTJ shorthand board members and provided an opportunity to discuss a range of shorthand-related topics.