Three top NCTJ sports journalism students have been awarded prizes from NFL UK for their outstanding exam performance. The awards were presented on Wednesday, 16 July at Wembley Stadium during a media day for the upcoming American football international series. 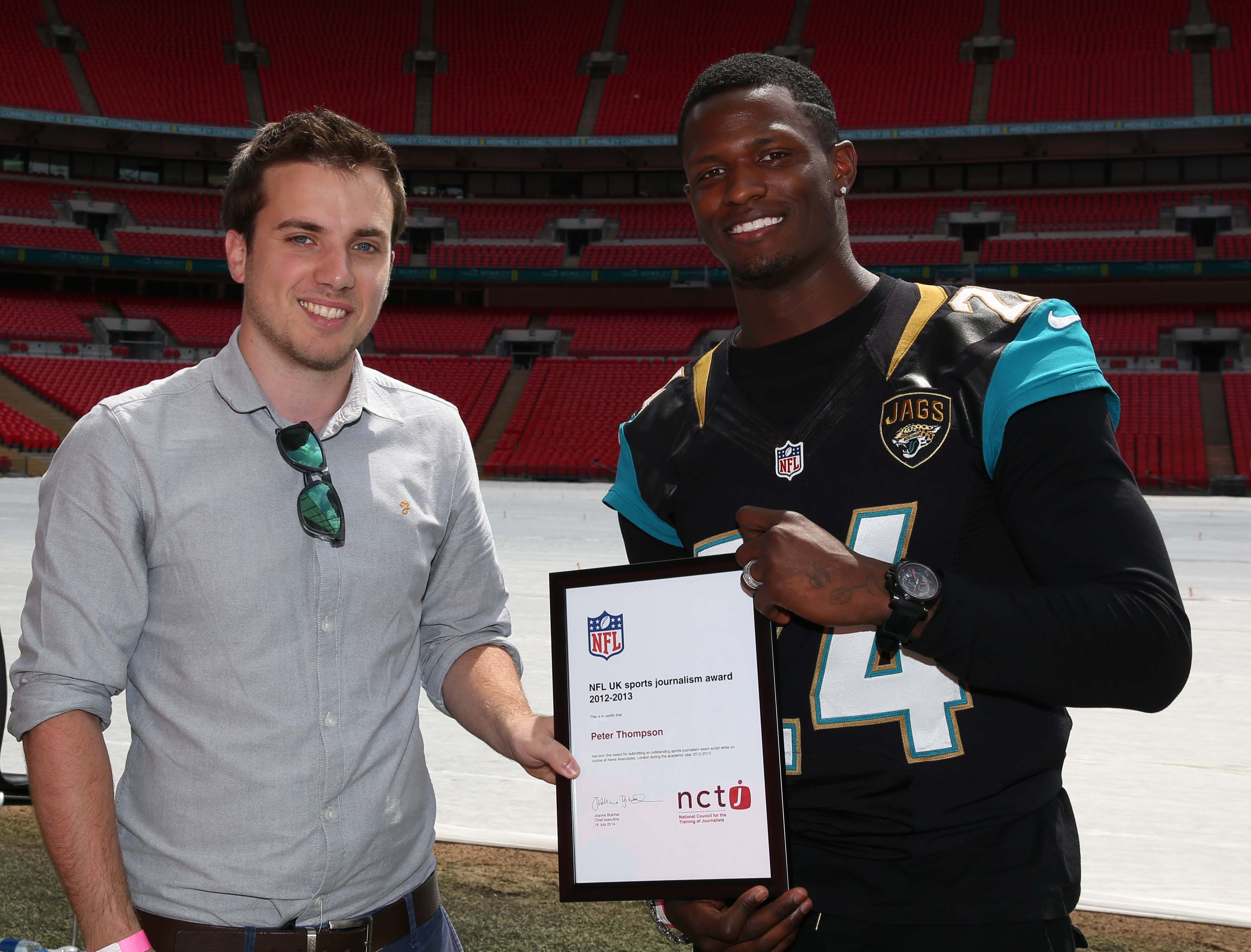 Peter Thompson (pictured left), Rob Lowson (pictured below) and Tom Mellor each won the chance to report from the press box at one of three NFL international series games at Wembley for their A-grade performances in the Diploma in Journalism sports journalism exam.

Peter studied a sports journalism course at News Associates in London and now works as a junior online editor for extreme.com. He said: “Getting the award was really unexpected but I’m very happy. Reporting from the press box at Wembley is something I’ve always aspired to do and I can’t wait!

“Sportsbeat/News Associates gave me loads of chances to report on live games, and interview athletes and there’s no better exam practice than doing it for real, so take every chance you get.” 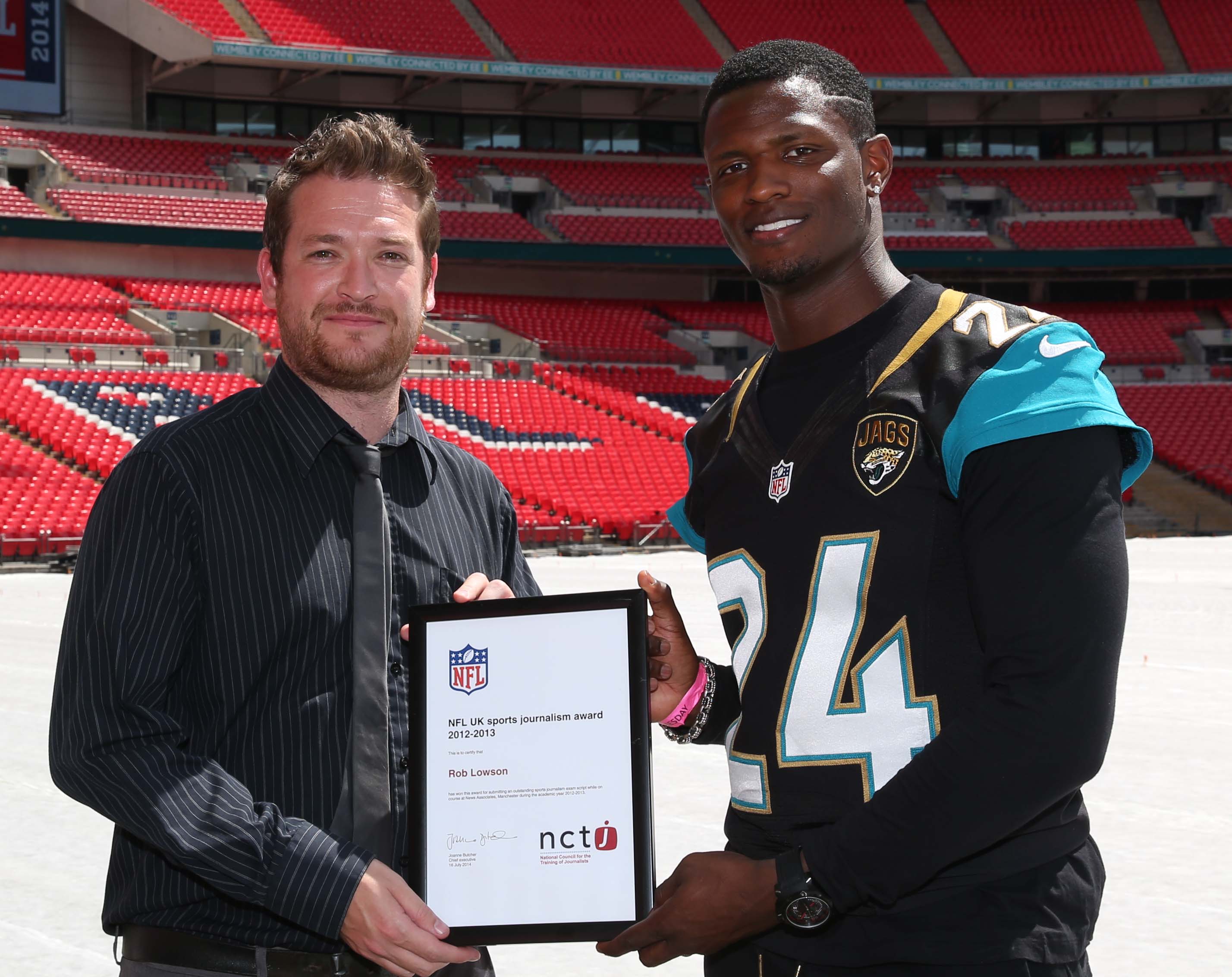 Rob Lowson, who now works as a trainee reporter for the Telegraph & Argus after completing a course at News Associates in Manchester, said: “I’m very proud for my work to be recognised, it shows that all the preparation I put in for the sports journalism exam paid off.

“I’d like to thank NFL UK for the award, and I’m already looking forward to being part of a great atmosphere at Wembley for the international series.”

The third winner, Tom Mellor, completed an MA in sports journalism at St. Mary’s University, Twickenham, and now works as an account executive for sports agency ENS Ltd. He was unable to attend the event but said: ‘It’s very exciting to win something like this and the chance to report from an NFL game at Wembley is fantastic.” He added: “It’s testament to the quality of training I received at St. Mary’s and Sportsbeat. The industry is so difficult to break into and the foundation of skills they give you is invaluable.”

The awards were presented by Will Blackmon, cornerback for the Jacksonville Jaguars.