A former apprentice has been involved in the launch of a local TV channel, as the KM Group goes live with KMTV, a Freeview and Virgin channel available across the county of Kent.

Josie Hannett, who became one of the first apprentice journalists to successfully complete the journalism apprenticeship programme in 2016, has now started in her new position as producer of Kent Tonight, an hour-long news programme on the channel every evening, as well as appearing as a video journalist on-screen. 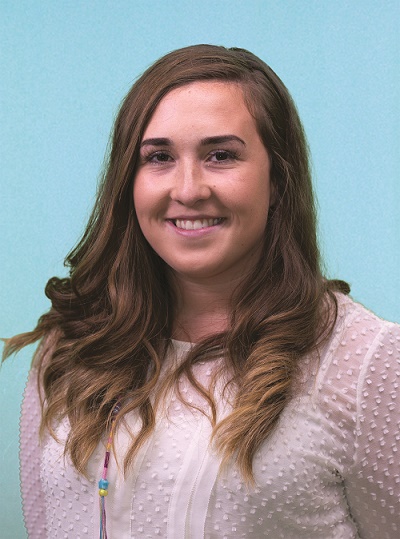 The KM Group’s KMTV station, which was previously only available online, is now being aired across Kent on Freeview and Virgin in partnership with the University of Kent, delivering news, sport and entertainment programming.

Josie, who started as an editorial apprentice at the KM Group in September 2014, went straight into the newsroom at 18 years old, gaining experience in print, online, radio and television.

Speaking about her experience of the apprenticeship, Josie said: “The apprenticeship gave me on-the-job experience which I feel was invaluable, alongside getting my NCTJ qualification at college. The work/training balance was great and gave me a chance to put the theory I learned at college, like shorthand and media law, into practice in the work place.

“I also found that by doing the apprenticeship I matured a lot. Working in an office environment and learning from some of the best editors in our company, but also going out and about to interview people and observe senior reporters was a great way to learn about the role that I eventually wanted to be in when I completed my apprenticeship.”

When a job opportunity came up during her time training at KMTV, Josie jumped at the chance: “As part of my apprenticeship I went to KMTV for more multimedia training. I was out shooting packages and learning how to use the gallery when we recorded the bulletin in the evenings. A job came up so I applied for it and became a trainee reporter at KMTV before my apprenticeship ended. I learned so much there and was promoted to senior reporter. It was then decided we’d go to on air on 10 July this year.

“It’s been a manic few months but it’s so exciting to be involved in the launch of a TV station specifically for Kent. At 21, I’m the producer of Kent Tonight, an hour-long news programme every evening, and a video journalist appearing on-screen. The apprenticeship scheme has accelerated my career hugely and I couldn’t be more grateful. I had the best experience at the KM Group and was given a massive opportunity and hands-on experience which helped me develop in my career. I got a gold standard NCTJ diploma which I needed for my job and the experience I got during the apprenticeship made my NCTJ lessons so much easier and relatable.”

Ian Carter, editorial director at the KM Group, said: “The KM Group has been a member of the journalism apprenticeship scheme since its launch. We firmly believe that there should be more than one path into journalism.

“All five apprentices we have recruited over the years are still with the company, which shows the value of creating a loyal workforce.

“Josie has done exceptionally well. She is regularly running the TV gallery for an hour-long live television broadcast, which is quite an achievement for somebody aged just 21.

“She also has a solid grounding in newspaper journalism, digital and radio – I can’t imagine anyone else has got quite so much experience at such a young age.”

If you would like to find out more about the new apprenticeship programme, and standard for a junior journalist, please click here.