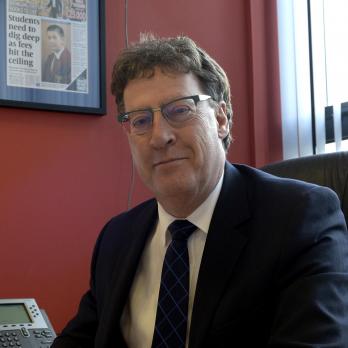 Paul Jones, head of diploma training at Press Association Training, has been honoured with the 2016 NCTJ chairman’s award for his outstanding contribution to journalism training and education.

During the presentation, Kim praised Paul as “a very special person who is a first-class trainer. He has made an enormous contribution to journalism training over many years.”

Kim added: “Paul Jones has trained and inspired more than 2,000 trainees over the last 20 years at the training centre in Newcastle.

“Paul has been constant and steadfast in his best-practice approach to training and his insistence on high journalistic standards.”

Before his move into training, Paul worked for the Evening Chronicle’s news desk. He was the industrial editor and ran the paper’s biggest district office team. He moved to the North East after working for newspapers in Greater Manchester and Lancashire.