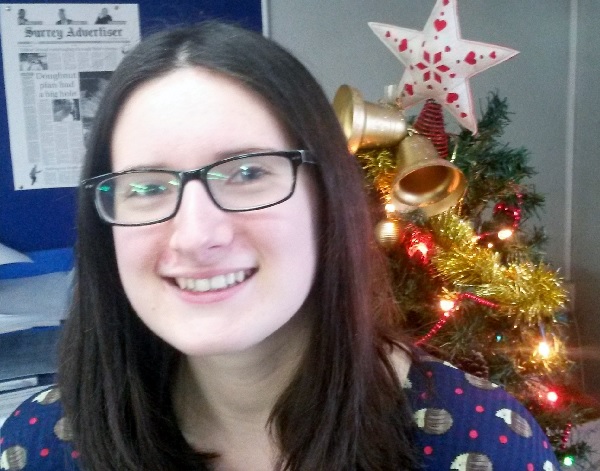 A newly-qualified senior reporter for the Surrey Advertiser has won two of the four awards available for her exceptional performance in the November National Qualification in Journalists (NQJ) exams.

Charlotte Tobitt of the Surrey Advertiser received the Ted Bottomley award – sponsored by Midland News Association – for her media law and practice exam and the Esso award for her news report. Charlotte scored a record 96 per cent for the best media law and practice paper and achieved the highest-ever overall points tally from the four examinations that make up the NQJ.

The examiners said of her performance in the media law and practice paper: “A quite brilliant paper! To gain 96 per cent is an exceptional achievement. Both answers to questions one and two were spot on and question three was not far behind. Charlotte highlighted the problems, the reasons why and what could or should have been done to keep on the right side of the law or ethical considerations. Relevant case studies were also cited along with explanations of how they applied to the scenario and not just dropped in because they were in Essential Law for Journalists. On top of that, the answers were well-constructed and easy to read, leaving the examiners in no doubt what she was saying. Congratulations!”

On her news report, they wrote: “Charlotte’s clear, concise and comprehensive story was a joy to the markers, taking the reader clearly through all the aspects of the story in a bright newsy style. Her part B was exceptional with an inspired thoroughness that should take her far in her career.”

Charlotte, who completed her Diploma in Journalism at Kingston University, said: “I couldn’t believe it when I got my results and was even more shocked when I found out I had won two awards and achieved such an incredible record.

“I still can’t stop smiling and I can’t wait to go forward in the rest of my career with this in my back pocket.

“I’d like to thank my amazing news editor Oliver Florence and the rest of the Surrey Advertiser team for all their help over the last 18 months and leading up to the exams.”

Adam Parris-Long, senior reporter at The Luton News, won the Society of Editors’ award, for his news interview. He completed his Diploma in Journalism at Bournemouth University in 2011.

The examiners said: “Adam’s story started with a punchy, strong intro and then carried the reader through. He set the scene well, incorporating the drama in a well-structured piece. There were good use of quotes, with a particularly strong first quote. Above all, the story was clean and accurate. Congratulations.”

He was commended by the examiners, who said: “An excellent example of an award-winning logbook that attracted high marks due to consistency across all key tasks. Maximum marks were awarded in the trainee’s choice, features and writing to pictures categories, along with human interest and community key tasks. A logbook worthy of the award.”

You can read more about the November NQJ results here.