Peter Barron, Northern Echo editor, and Colm Murphy, head of the media, film and journalism school at the University of Ulster, have been appointed directors of the NCTJ.

Peter and Colm were selected to succeed Jan Lever, who is retiring as managing director of Newsquest Lancashire, and Ed Curran of Independent News and Media Northern Ireland.

Peter Barron has had a career in the regional press for 34 years, having trained on the NCTJ pre-entry course in Darlington before getting his first job as a trainee reporter at the Scunthorpe Evening Telegraph in 1980. 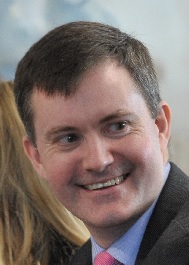 Peter is also well known for running training courses around the country for aspiring news editors.

He said: “Training has played an important part in my career. It is something I’ve always been passionate about and I am delighted to be able to continue that area of interest by joining the NCTJ board of directors.

“These are challenging but exciting times to be coming into the profession and I hope I can use my experience to help ensure young journalists are well equipped for a rapidly changing media industry.”

Colm Murphy began his journalism career in 1990 as a reporter then business editor on The Sunday Tribune. After this he was senior editor of Emerging Markets Data, followed by senior reporter on the Sunday Times. He continues to work as an investigative documentary scriptwriter for RTE Factual.

Colm joined the University of Ulster in 2004 as director of the NCTJ-accredited journalism MA course. He became subject leader in 2008 and head of school in 2010.  His teaching and research disciplines include media economics, media law, news writing, interactive news production and freedom of information. He has updated the chapter on Northern Ireland law in the forthcoming 22nd edition of McNae’s Essential Law for Journalists.