The top performers in the 2013-14 academic year’s NCTJ media law and public affairs exams were honoured with awards sponsored by Johnston Press and Oxford University Press at a reception to mark the 60th anniversary of McNae’s Essential Law for Journalists on 5 June.

Eleanor Stephens, who is currently studying on an NCTJ-accredited journalism course at the University of Sheffield, was presented with the Oxford University Press media law award for the best performance in the Diploma’s essential media law and regulation exam. 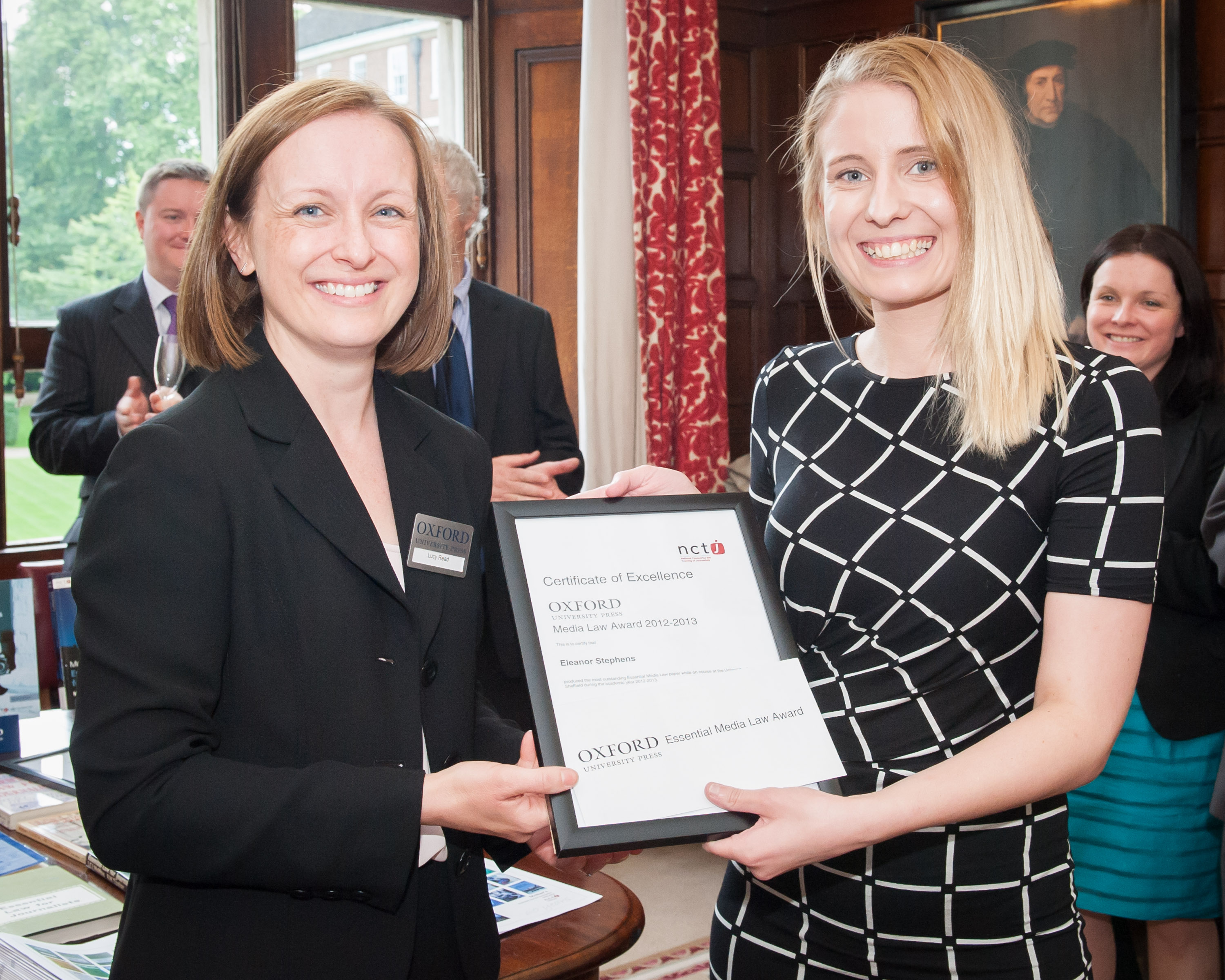 Eleanor said: “I am so pleased to have won this year’s media law prize. I thoroughly enjoyed my media law module at the University of Sheffield, which was run by our excellent tutor Mark Hanna. His support and guidance were brilliant throughout the module.”

“My advice to any students preparing for a media law exam would be to read through definitions, terms and rules as many times as possible. I found that repetition was the key.” After graduating, she plans to work in the charity sector.

Tamsin Rutter, who also studied at the University of Sheffield, won the Johnston Press media law award for the best performance in the media law court reporting exam. After graduating last year, she now works as an online content coordinator for The Guardian.

Tamsin was unable to attend the event due to a prior commitment but said: “I was really surprised but delighted to receive this award. Court reporting was a really interesting subject to study, and hugely important for a career in journalism. I owe my success to the great teaching at Sheffield University, and the odd late night library session.” 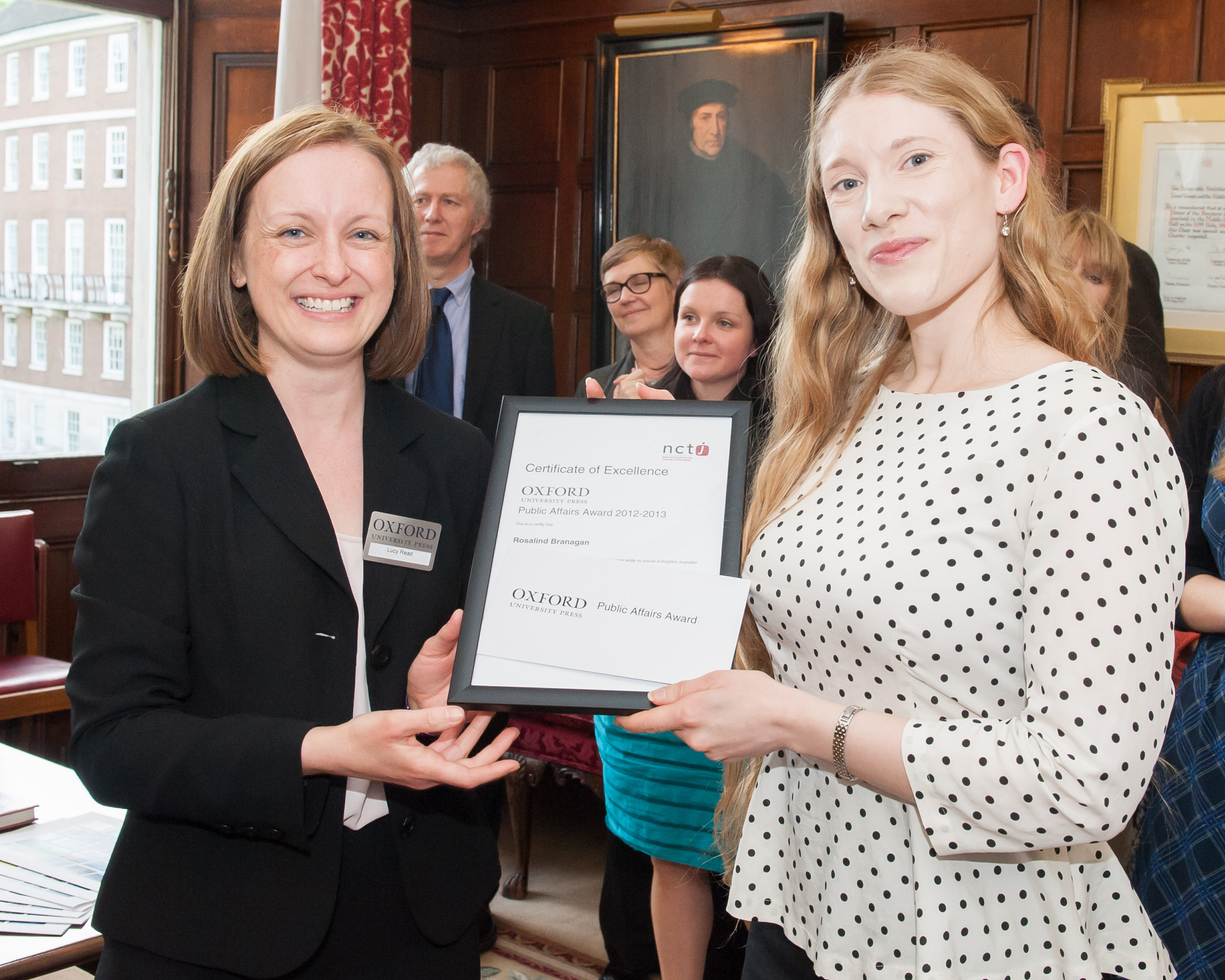 Following a work experience placement, Rosalind now works as a freelance sub editor at the Mail on Sunday’s You magazine on completion of her course.

She said: “I’m delighted to have won this award, as I found studying the subject really worthwhile. I’d like to thank my tutor, Richard Lindfield, and everyone else at Brighton Journalist Works for their support and encouragement.”

Each of the award winners received a certificate and a £250 prize.